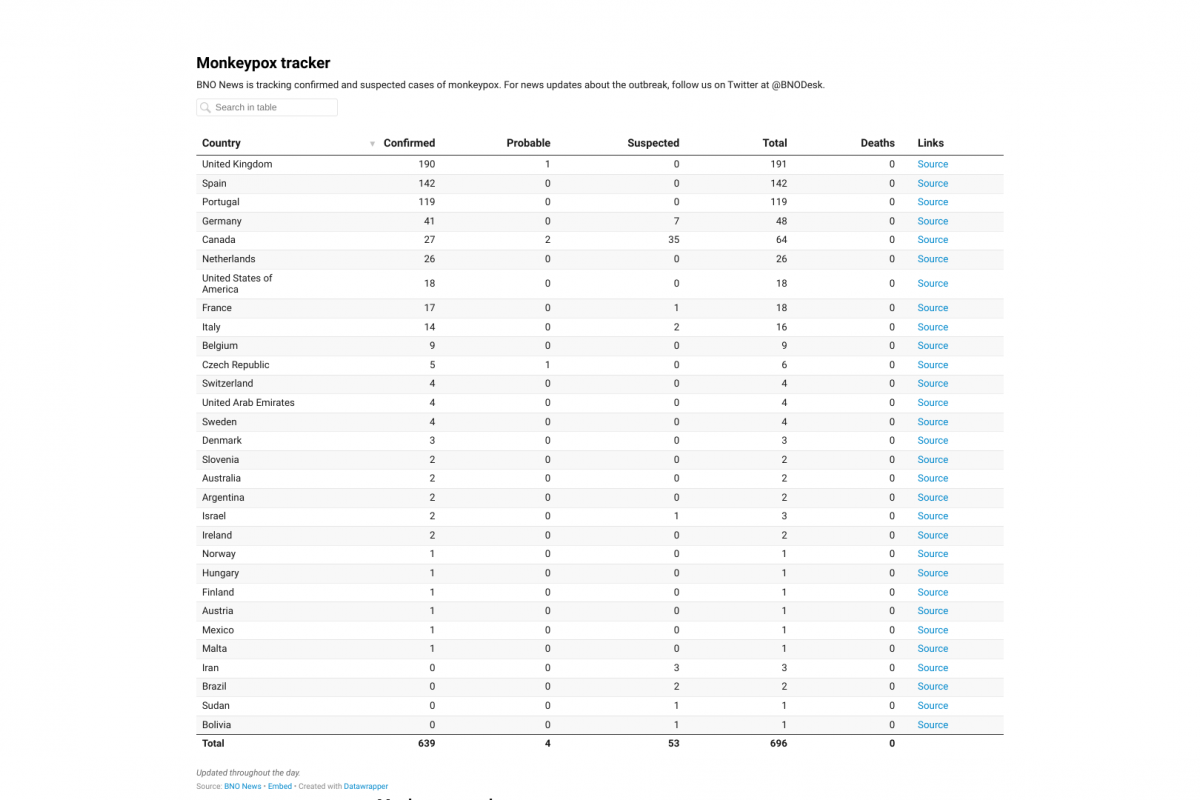 During May 2022, various media reports indicate the global monkeypox outbreak has reached thirty countries, impacting the health of about 696 people.

The unfortunate leader is the United Kingdom.

These new cases bring the total number confirmed in England to 183.

In England, 86% of the cases are in London residents and only two were women.

Additionally, there are currently four confirmed cases in Scotland, 2 in Northern Ireland, and 1 in Wales.

This data indicates the U.K.'s total number of monkeypox patients is 190, all reported during May 2022.

Most monkeypox cases have occurred in people aged 20 to 49 years old.

Dr. Ruth Milton, a Senior Medical Advisor at UKHSA, stated in a media update on May 31, 2022, "The risk to the general public from monkeypox is still low, but it's important that we work to limit the virus being passed on."

"We remind people that they should be alert to new spots, ulcers, or blisters on any part of their body."

"If anyone suspects they might have these, particularly if they have recently had a new sexual partner, they should limit their contact with others and contact their local health provider as soon as possible."

"Though, please phone ahead before attending in person."

Additionally, the UKHSA confirmed health protection teams are contacting people considered high-risk contacts of confirmed cases and advising those who have been risk-assessed and remain well to be isolated at home for up to 21 days.

In late May 2022, the U.K. began offering these close contacts the IMVANEX® monkeypox prevention vaccine.

Other monkeypox outbreak breaking news is posted at Vax-Before-Travel.

Note: This information was manually curated for mobile readers.