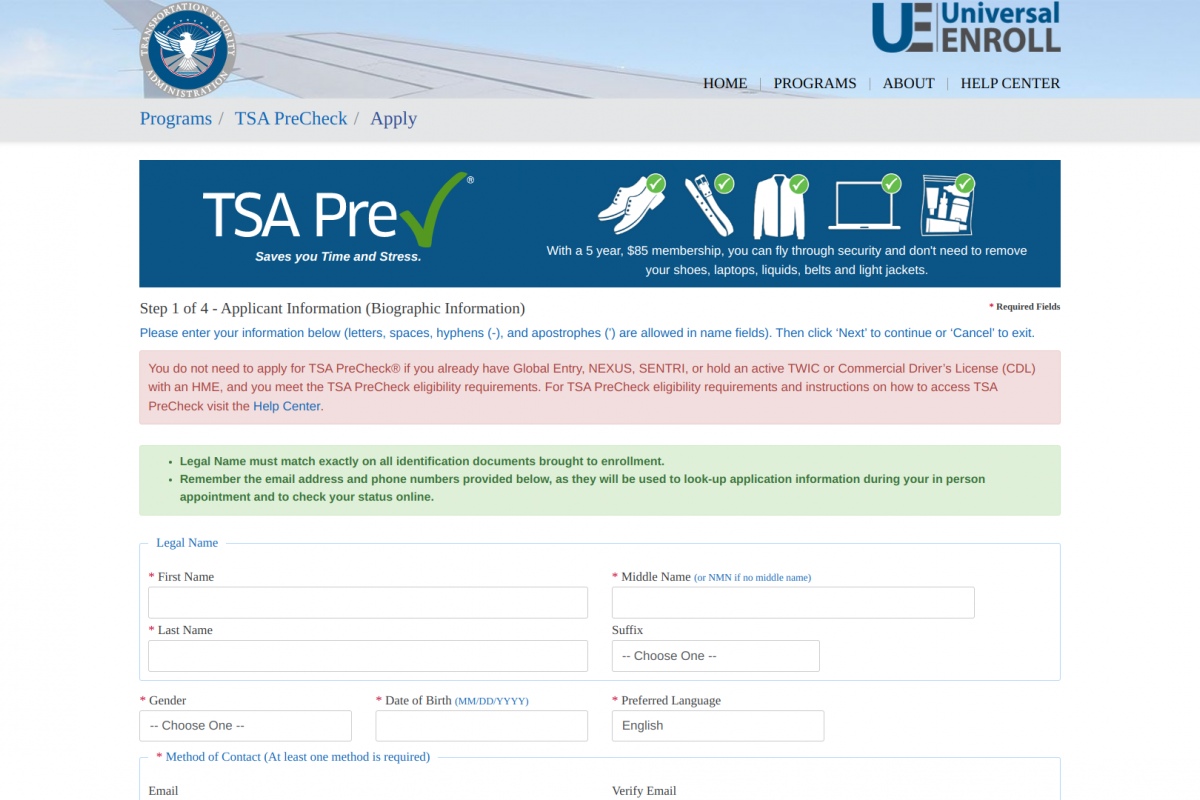 The U.S. Transportation Security Administration (TSA) announced today the expansion of its TSA PreCheck® program with the addition of Advanced Airlines and Eurowings Discover. TSA PreCheck is available for eligible passengers departing from a U.S. airport, including when connecting on domestic flights after returning to the USA.

Advanced Air is a privately-owned, regional airline that provides service to destinations throughout the Southwestern United States, including Arizona, California, Nevada, New Mexico, and Texas.

While Eurowings Discover is a new airline of the Lufthansa Group, it serves airline travelers from the German hubs of Frankfurt and Munich.

When new applicants are approved, they receive a unique “Known Traveler Number” that makes them eligible to use TSA PreCheck lanes at airport security checkpoints when added to an airline reservation.

Children 12 and under can join a parent/guardian with TSA PreCheck in the dedicated lanes.

Passengers who are members of other DHS Trusted Traveler Programs, including Global Entry, NEXUS, and SENTRI, may be eligible for TSA PreCheck screening.

TSA PreCheck is also available at no cost for U.S. Armed Forces service members, including Reservists and members of the National Guard, at more than 200 U.S. airports.

Note: This announcement was curated for mobile travelers.