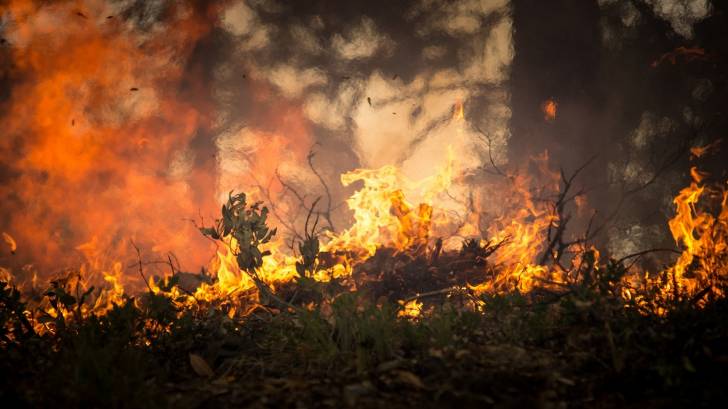 According to the Mexican National Forestry Commission, the fires had burned at least 42,000 hectares of land, as of April 7, 2019.

The Mexican government has declared the fires a national disaster and requested international assistance in fighting the fires, said the National Forestry Commission.

The Environmental Commission of the Megalopolis said on May 12, 2019, ‘the air was polluted with high levels of solid particles, such as ash, that can cause respiratory problems and other illnesses upon prolonged inhalation.’

This is important news since approximately 22 million people live in the Mexico City metropolitan area.

Additionally, fires in the southern states of Oaxaca and Guerrero have carried contaminants into the Valley of Mexico and trapped them there, the Commission noted.

And in Tepoztlan, a popular weekend retreat just south of Mexico City, authorities closed access to archaeological ruins over the weekend.

Previous smoke from Mexico has caused health hazards for some residents of the central and southern U.S. who have respiratory ailments, according to several public health and air pollution hazard statements.

Although associations between air pollution and respiratory disease are complex, recent epidemiologic studies have led to increased recognition of the emerging importance of air pollution in both developed and less-developed countries.

Neither the US Department of State and the Centers for Disease Control and Prevention (CDC) have issued travel alerts, as of May 12th.