+ 1
January 1, 2020
American Samoa measles virus cases were due to genotype B3 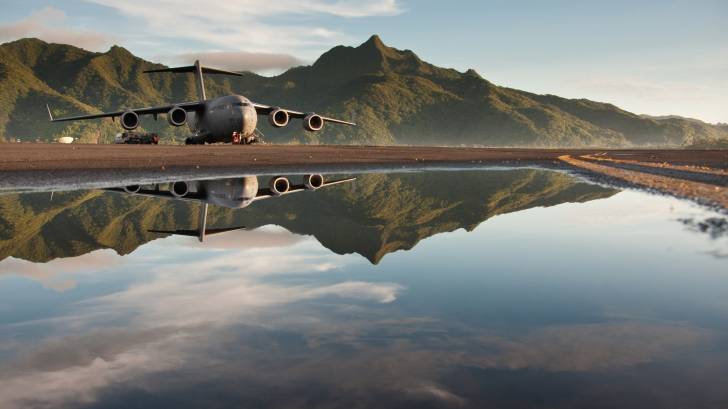 The Pacific country of American Samoa announced it is continuing its measles virus vaccination campaign, which focuses on immunizing all school-aged children.

According to a Situation Report published on December 30, 2019, about 98 percent of American Samoa children (12 months to 18 years old) have received the 1st dose of the measles-mumps-rubella (MMR) vaccine, and 90 percent of these children have completed the 2nd recommended dose of MMR.

On December 11, 2019, American Samoa began its campaign to vaccinate all adults with no evidence of the MMR vaccine.

To date, 12,152 MMR doses have been administered to adults 19 years and older.

The total number of measles cases since the outbreak began includes 10 laboratory-confirmed via RT-PCR testing at Hawaii State Lab, and 4 suspected cases with laboratory results pending.

All positive cases were due to Measles virus genotype B3.

Furthermore, American Samoa continues to restrict entry at its borders from travelers via Samoa and Tonga, as proof of immunity against measles is required for entry from these locations.

American Samoa is a separate, unincorporated territory of the United States, with a population of about 55,000 residents. It is located in the South Pacific Ocean, southeast of the independent nation of Samoa, and is centered on 14.2710° S, 170.1322° W.

American Samoa consists of 5 main islands and 2 coral atolls. The largest and most populous island is Tutuila.

Recent measles outbreaks in the western Pacific and Oceana area include the following:

To notify all international travelers, the US Centers for Disease Control and Prevention (CDC) issued a worldwide measles outbreak Travel Alert in June 2019.

‘Measles is a highly infectious airborne viral disease that spreads easily through the air through breathing, coughing, and sneezing. You are at risk of getting measles if you breathe the same air as someone with the disease and you are not immune,’ says the CDC.

The symptoms of measles are fever and a rash with any of the following: runny nose, sneezing, cough, red/watery eyes, and white spots inside the mouth. The rash starts after the other symptoms and spreads all over the body.

There is no specific antiviral treatment for measles, as it is your body’s immune system that fights off the disease. Most people recover from measles infections in 8-10 days with rest and ensuring that they are eating and drinking to avoid dehydration, says the CDC.