Travel vaccine breaking news brought to you by Vax Before Travel. 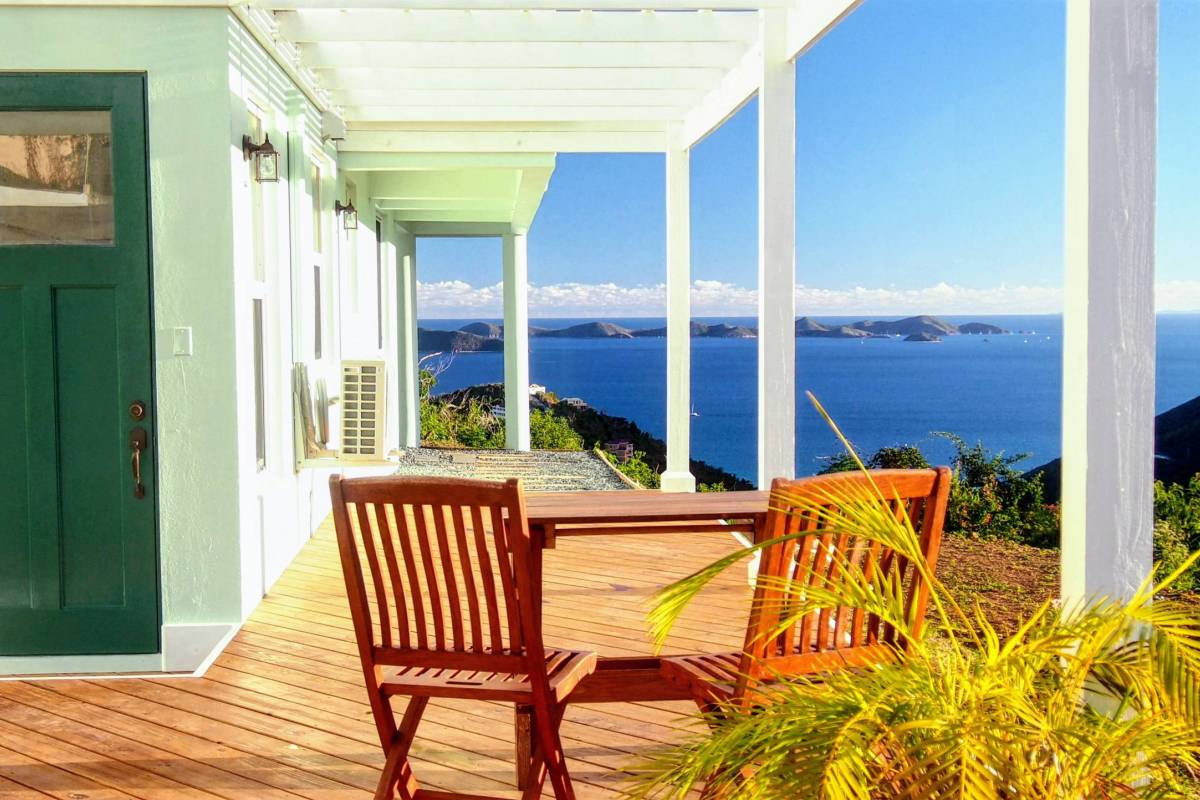 Furthermore, U.S. citizens who travel abroad should always have a contingency plan for emergencies, such as this Traveler’s Checklist.

Recently, U.S. Ambassador to Barbados Linda Taglialatela met with Governor-General Dame Sandra Mason on July 4, 2021, to convey the best wishes of the American people on the 245th anniversary of their independence and to celebrate the close ties between the United States of America and Barbados.

Note: The Department of State increased the Travel Advisory Level for the French West Indies on June 16, 2021, which includes the islands of Guadeloupe, Martinique, French Saint Martin, and Saint Barthélemy to a Level 3 – Do Not Travel, due to health and safety measures and COVID-related conditions. 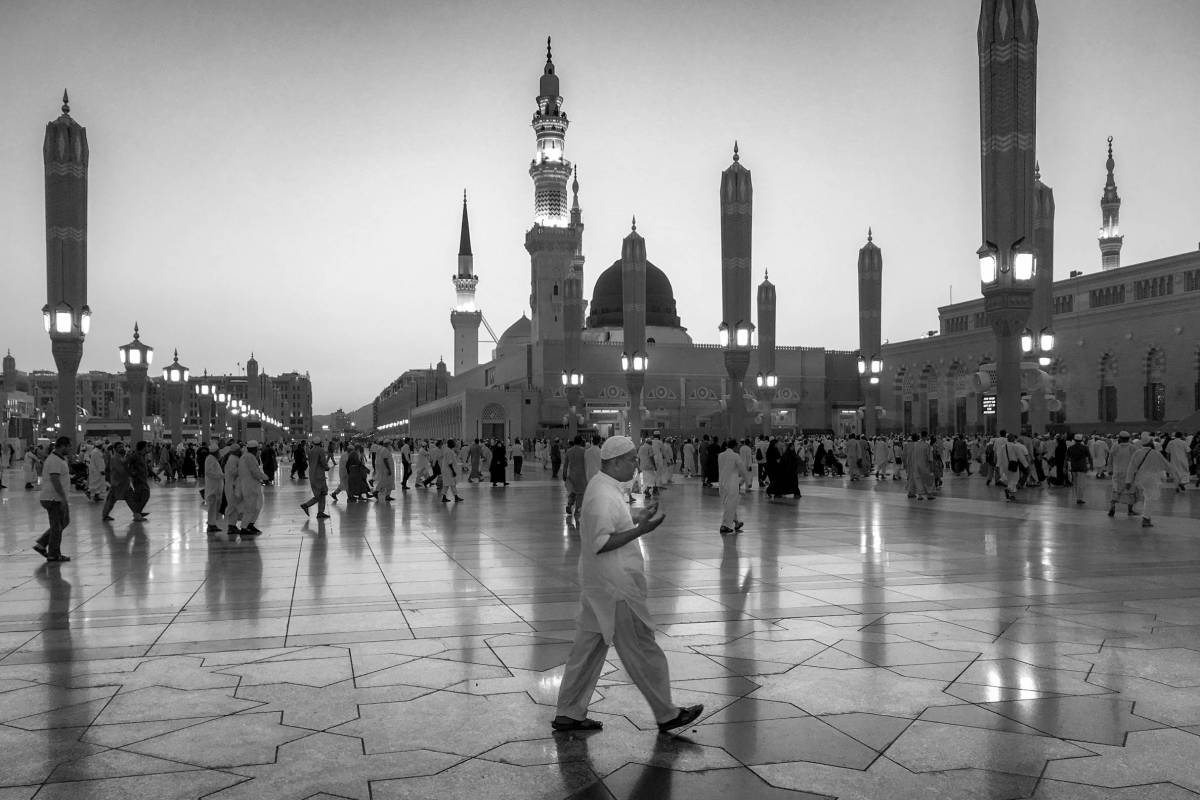 The Kingdom of Saudi Arabia will designate a health escort for every 20 pilgrims who will be performing Hajj this year, according to Hesham Saeed, a spokesman for the Saudi Ministry of Hajj and Umrah.

According to local media, these escorts will act as health leaders offering guidance and verify the implementation of precautionary measures during all movements of the pilgrims.”

Saudi Arabia had previously made Covid-19 vaccination mandatory for eligible pilgrims who must be free of chronic diseases.

The Hajj pilgrimage to Islamic holy sites in Mecca, Saudi Arabia, is one of the world’s largest mass gatherings. Hajj will take place July 17-July 22, 2021.

An updated listing of travel vaccines is published on this webpage. 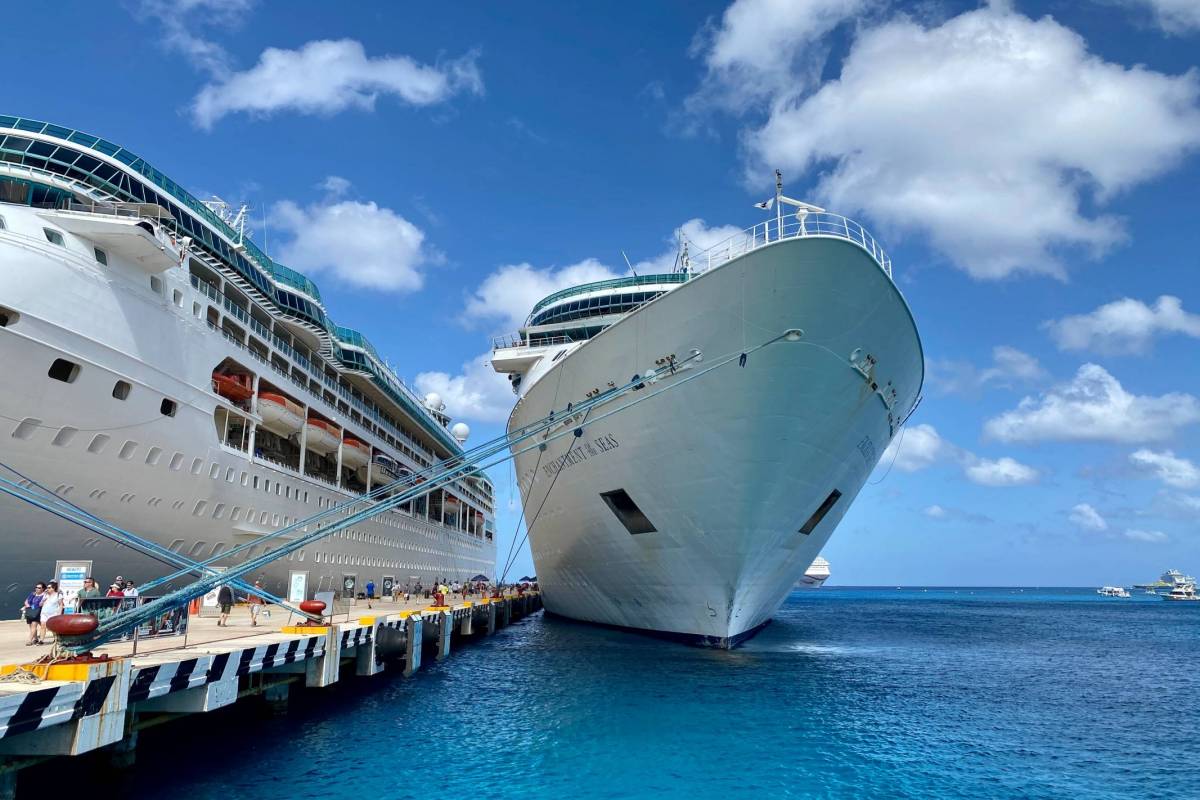 The Miami Herald reported on July 7, 2021, a federal judge denied a request from the U.S. Centers for Disease Control and Prevention (CDC) to keep its COVID-19 safety regulations for Florida cruises in effect. The CDC argues that cruise ships could exacerbate the spread of COVID-19 in the U.S without its regulations.

The judge stated the CDC’s argument ignores state, and local oversight and the improvements cruise companies have made to their operations since COVID-19 outbreaks began in early 2020.

On April 2, 2021, the CDC had issued the next phase of technical guidance under the Framework for Conditional Sailing Order requiring cruise lines to establish agreements at ports where they intend to operate, implement routine testing of the crew, and develop plans incorporating vaccination strategies to reduce the risk of introduction and spread of COVID-19 by crew and passengers.

The CDC lowered its Travel Alert to Level 3 status on June 16, 2021, and specified the notice is for travelers who are not fully vaccinated.

The CDC says, ‘COVID-19 vaccines play a critical role in the safe resumption of passenger operations. As more people are fully vaccinated, and more drug therapeutics are available, the phased approach allowed CDC to incorporate these advancements into planning for safe resumption of cruise ship travel.’

The states of Florida and Texas have endorsed relaunching the cruise ship industry this summer.

Tokyo Under COVID-19 State of Emergency for the Olympics 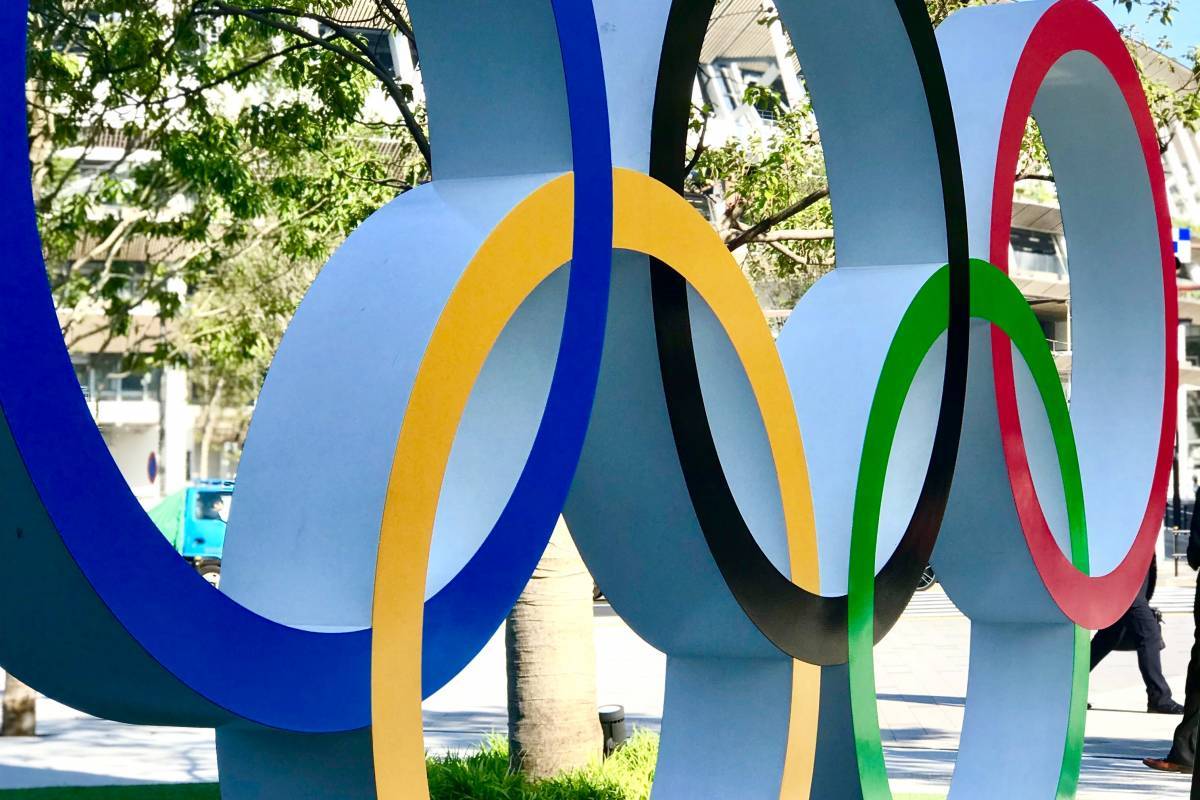 Japan's Prime Minister Yoshihide Suga's government announced Tokyo prefecture's 13 million residents would be under a COVID-19 state of emergency throughout the 2020 Summer Olympics.

This action is related to Tokyo metropolitan government reporting 920 new coronavirus cases, the most since mid-May 2021.

"We must take stronger steps to prevent another nationwide outbreak, also considering the impact of coronavirus variants," Suga said after finalizing the decision to declare a state of emergency in Tokyo and extending one already in place in Okinawa prefecture at a task force meeting.

Olympic venues in Tokyo are likely to go without spectators, and the same may apply to those in nearby prefectures, news sources indicated.

The U.S. CDC Travel Alert for Japan is updated on this webpage. 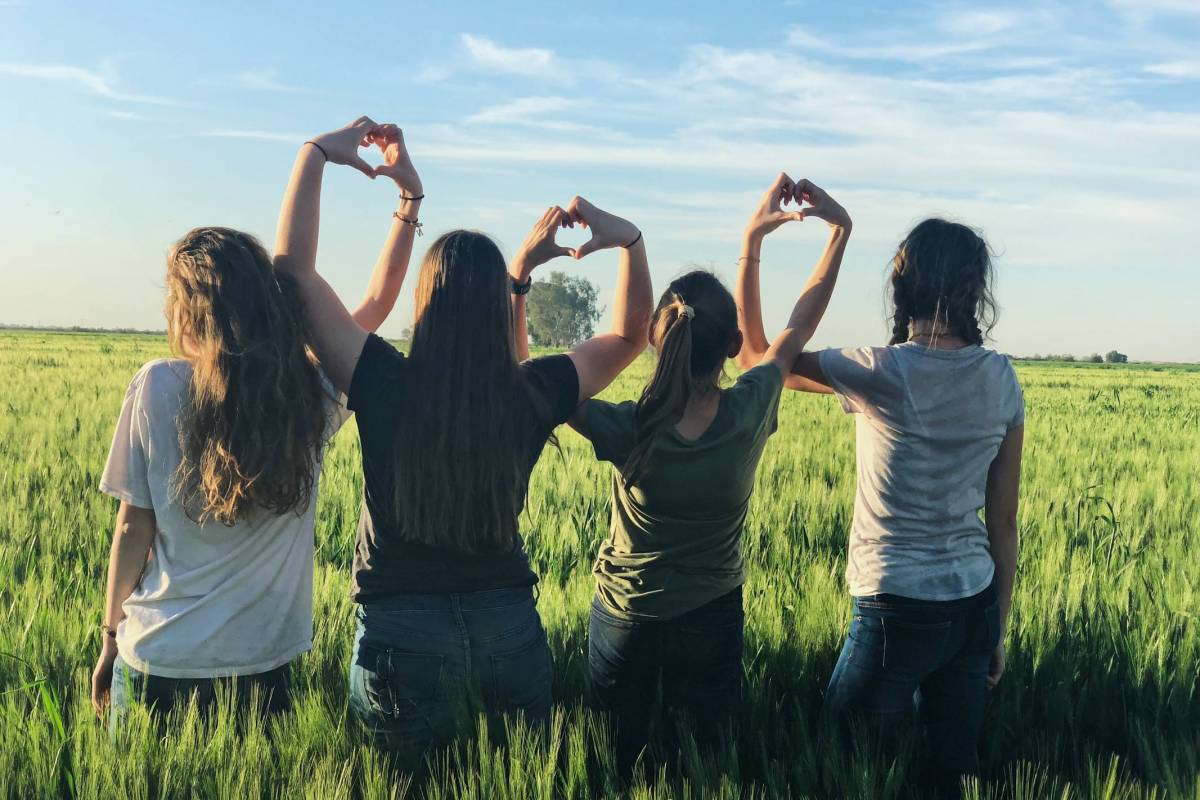 The World Health Organization (WHO) issued its bi-monthly influenza reported on July 5, 2021. Globally, despite continued or even increased testing for influenza in some countries, influenza activity remained at lower levels than expected for this time of the year, stated the WHO.

During early June 2021, the WHO Global Influenza Surveillance and Response System laboratories tested more than 146,816 specimens. Only 766 specimens were positive for influenza viruses, of which 682 (89%) were identified as influenza B. Of the type B viruses for which lineage was determined, all 624 (100%) were ascribed to the B-Victoria lineage.

The WHO added, 'the current influenza surveillance data should be interpreted with caution as the ongoing COVID-19 pandemic has influenced varying extents health-seeking behaviors, testing priorities, and capacities in the Member States.'

Most people over 6-months of age are encouraged to get vaccinated every flu season since influenza infections can create severe consequences, said the CDC. 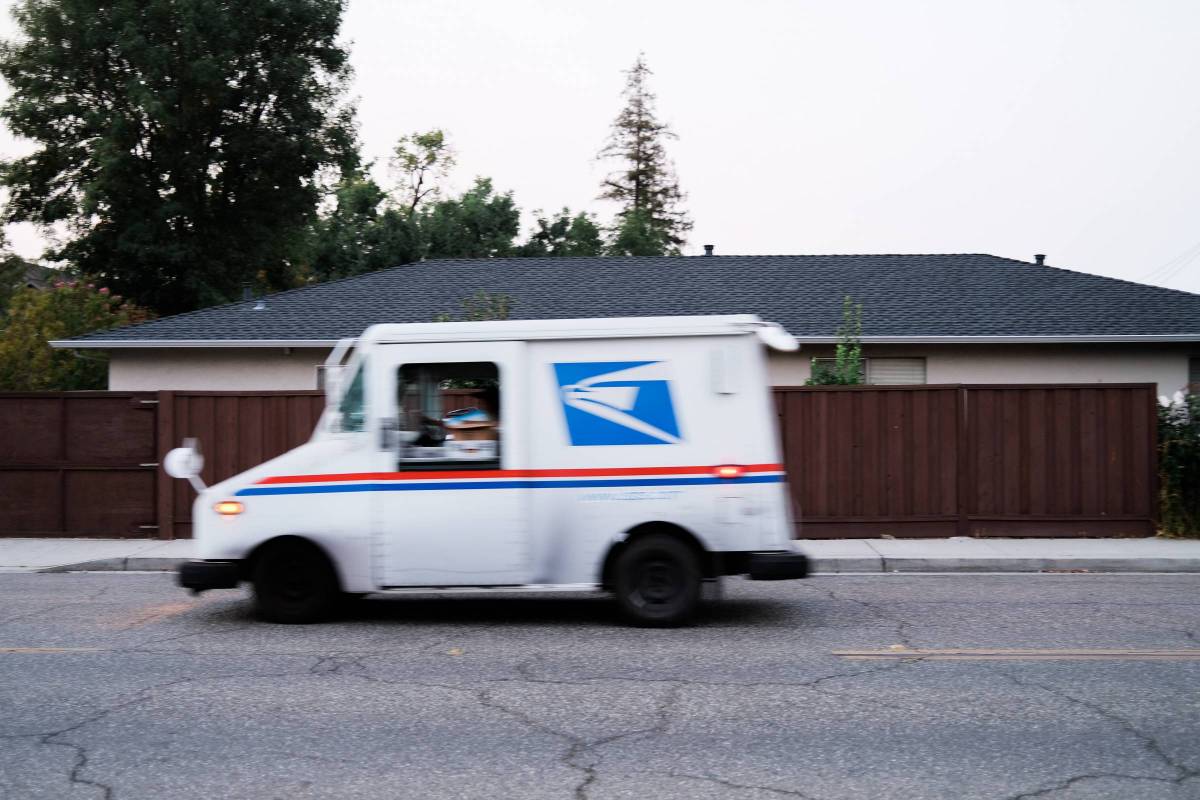 The US Department of State issued an update on July 2, 2021, regarding the status of US passport operations. The list below highlights what to expect during July 2021:

The State Department suggests you:

Visit our Passport Agency and Center page to learn more. 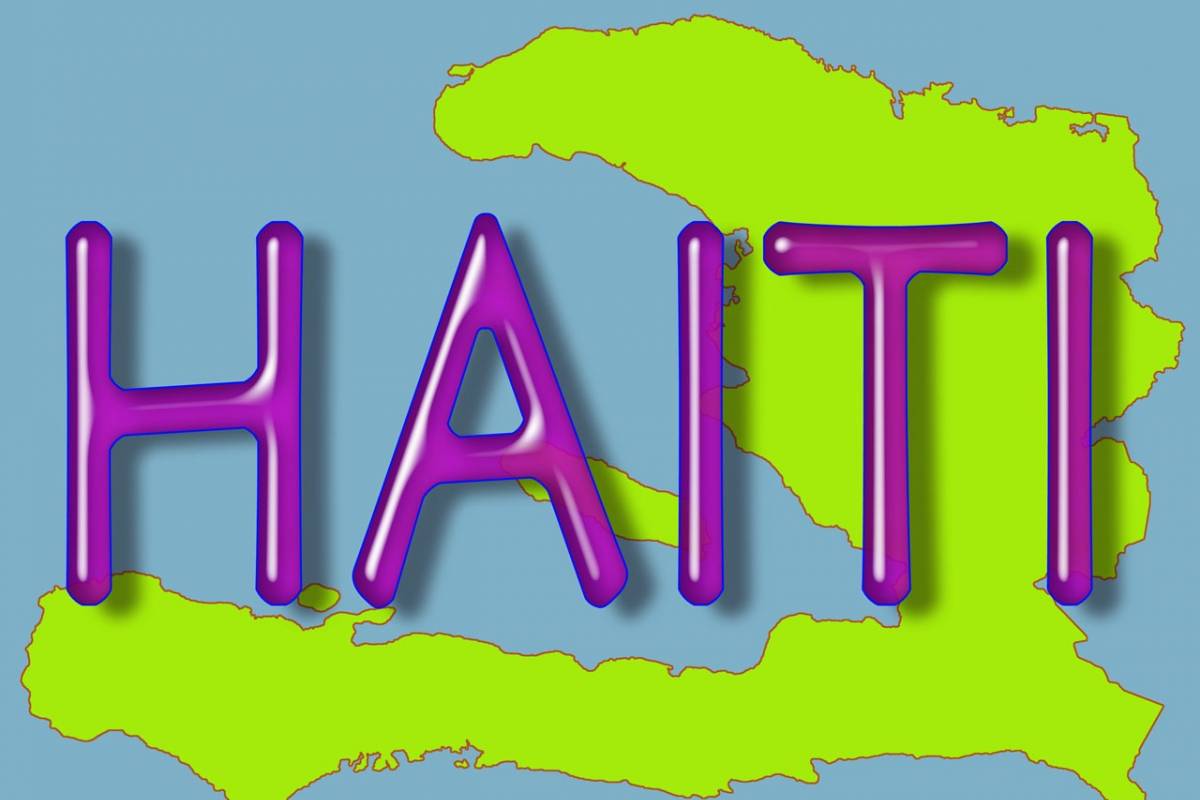 The US Embassy in Haiti published a Security Alert on July 7, 2021, stating 'Due to an ongoing security situation, the US Embassy is restricting its direct-hire US citizen staff to the Embassy compounds in Tabarre until further notice. Please avoid unnecessary travel in this area at this time.'

'The Embassy located in Port-an-Prince will be closed today, including for consular services.

Furthermore, US citizens located in Haiti should enroll in the Smart Traveler Enrollment Program to receive security updates.

From a health perspective, the U.S. CDC suggests various vaccines prior to visiting Haiti. 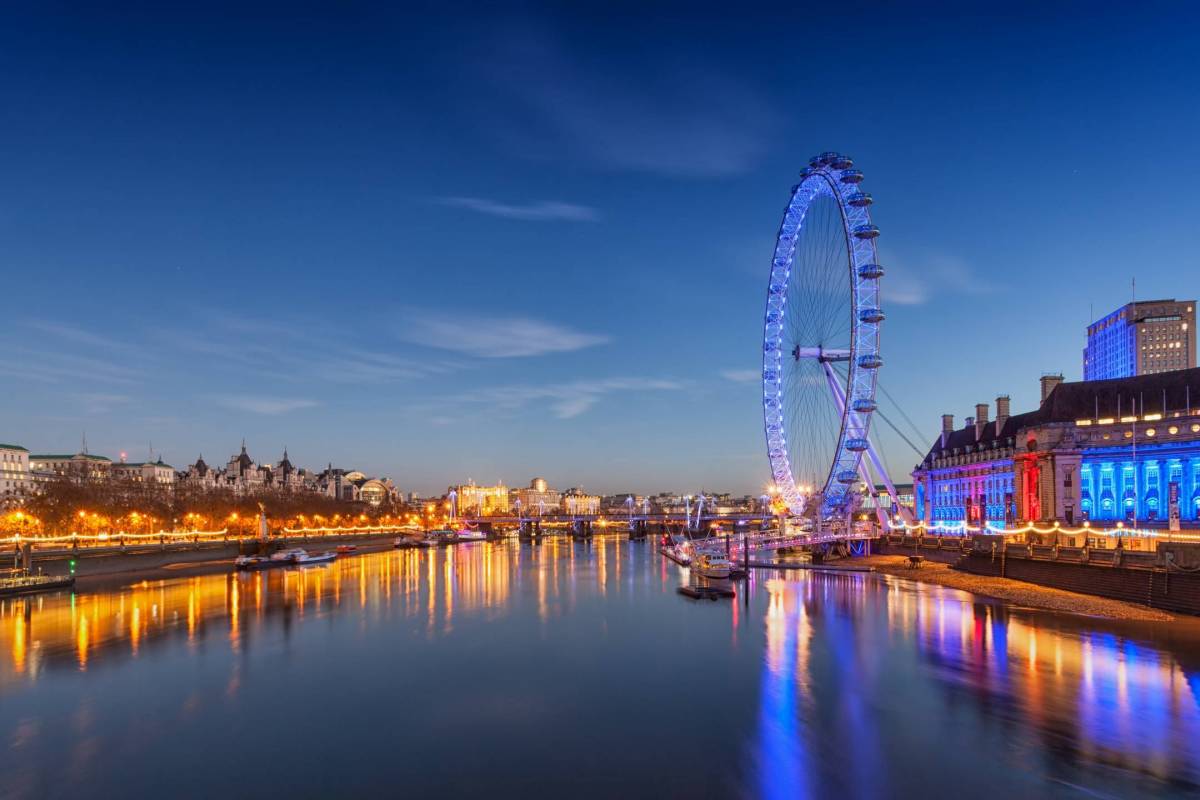 The UK's Prime Minister made clear in statements published on July 5, 2021, that learning to live with the SARS-CoV-2 coronavirus meant cases would continue to rise significantly, even if the success of the vaccination program meant hospitalizations and deaths would rise at a lower level than during previous peaks.

Subject to a final review of the data next week, legal restrictions will end on July 19, 2021.

In England, COVID restrictions are set to end from step #4 of the Roadmap. Limits on social contact will end, meaning there will be no restrictions on indoor or outdoor gatherings.

However, proof of vaccination or a negative test will still be required for international travel. And if you’re traveling to England, what you need to do depends on where you have been in the 10 days before arriving.

The prime minister confirms that the Transport Secretary will provide a further update later this week on removing the need for fully vaccinated arrivals from an amber country to isolate. 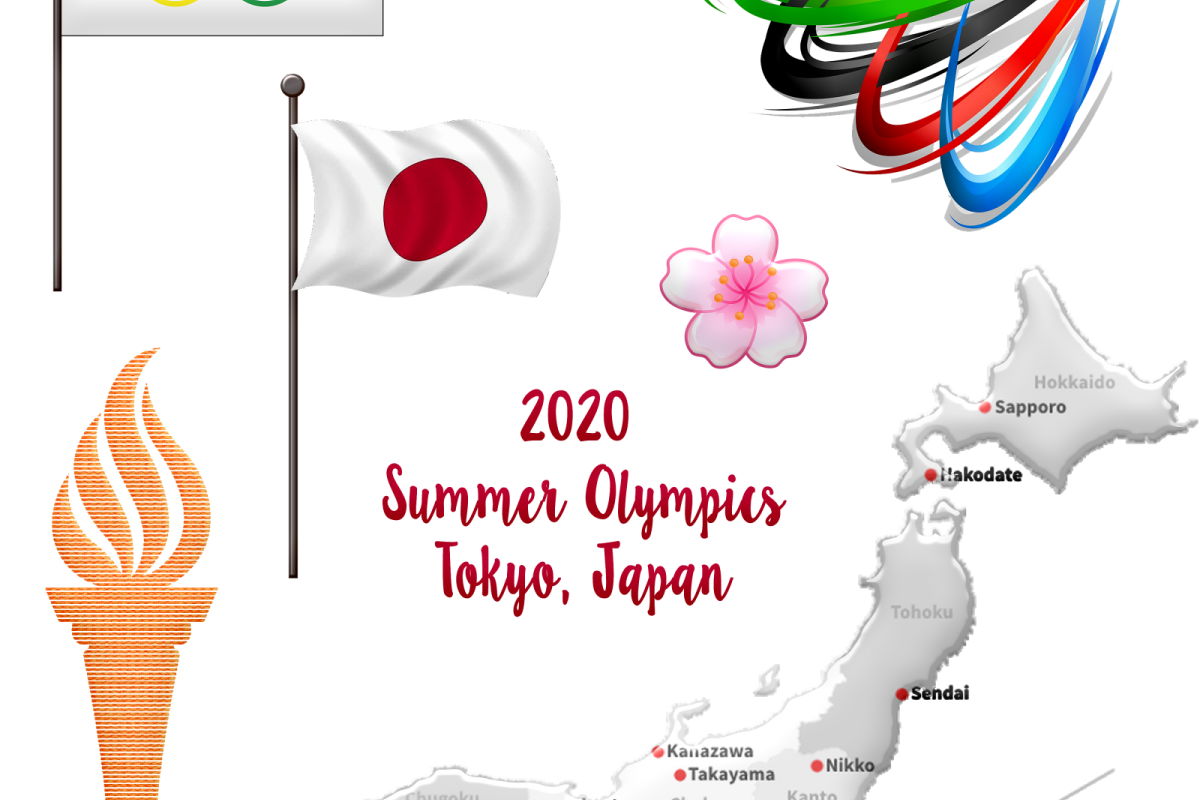 The Tokyo Metropolitan Government's COVID-19 website reported on July 5, 2021, the rate of increase of new positive cases has been rising considerably for three weeks. Considering the increase in the movement of people and the effects of the SARS-CoV-2 virus variants, a rapid resurgence in infections is feared.

The CDC suggests travelers planning to visit Japan ensure they are fully vaccinated against various diseases, not just COVID-19.

An updated listing of travel vaccines is published on this webpage. 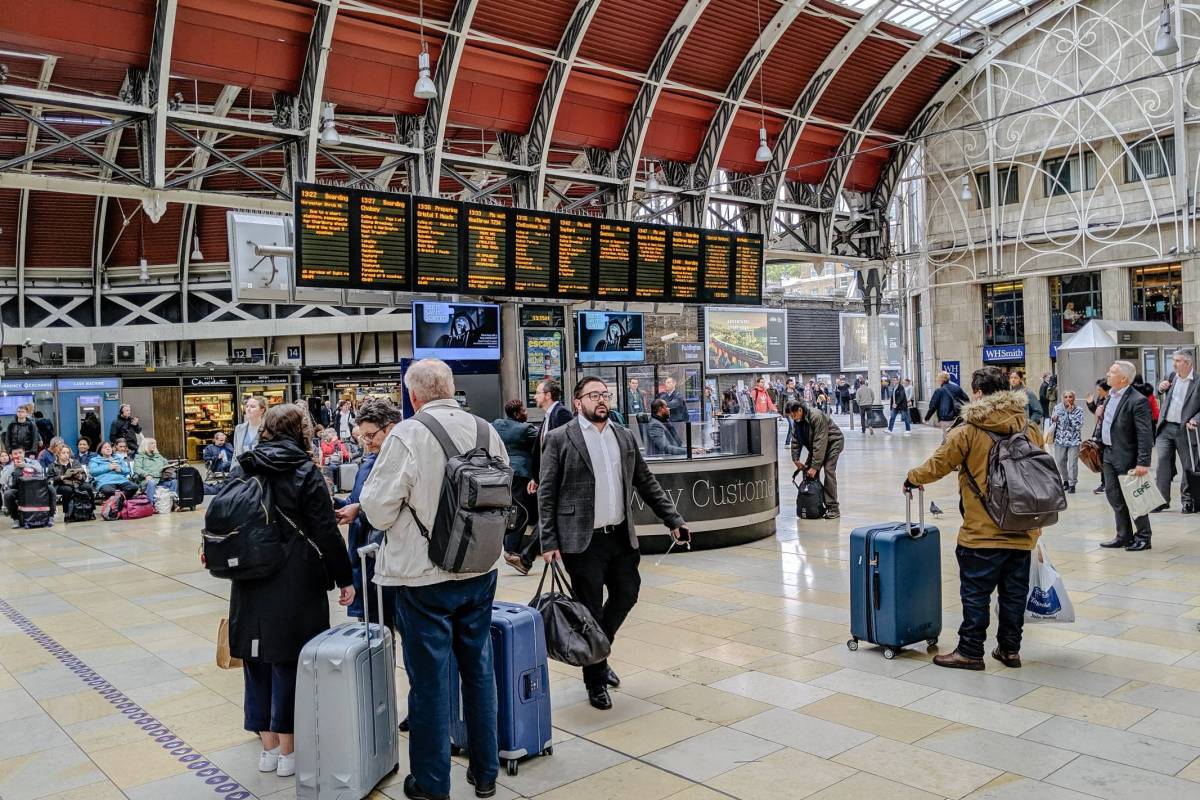 The Transportation Security Administration (TSA) and the Federal Aviation Administration welcome the traveling public back to the nation’s transportation systems. As of July 4, 2021, the TSA's new data indicates U.S. travelers exceeded the pre-COVID-19 pandemic volume in 2019.

Since July 1, 2021, the TSA airport screening services have averaged over 2.1 million travelers.

“It’s heartening to see the country taking to travel again and traveling to enjoy the weekend and celebrate our nation’s independence,” said TSA Administrator David Pekoske in a press statement issued on July 1, 2021.

“We continue to remind passengers to pack their patience and remain calm through the security checkpoint and onboard aircraft. TSA will not tolerate aggressive actions toward our officers; please help us make travel safe, secure, and pleasant on this holiday weekend.”

The U.S. government's federal face mask mandate remains in effect on planes, buses, trains, and other forms of public transportation traveling into, within, or out of the United States and in U.S. transportation hubs such as airports and stations. However, face masks are not required in outdoor conveyances (if such outdoor areas exist on the conveyance) or while outdoors at transportation hubs, says the TSA.

Some helpful reminders for the TSA checkpoint include, but are not limited to:

Passengers with questions about checkpoint procedures and how to prepare for TSA security screening or need additional assistance during the security screening process should contact TSA Cares in advance of their travel: (855) 787-2227 (Federal Relay 711). 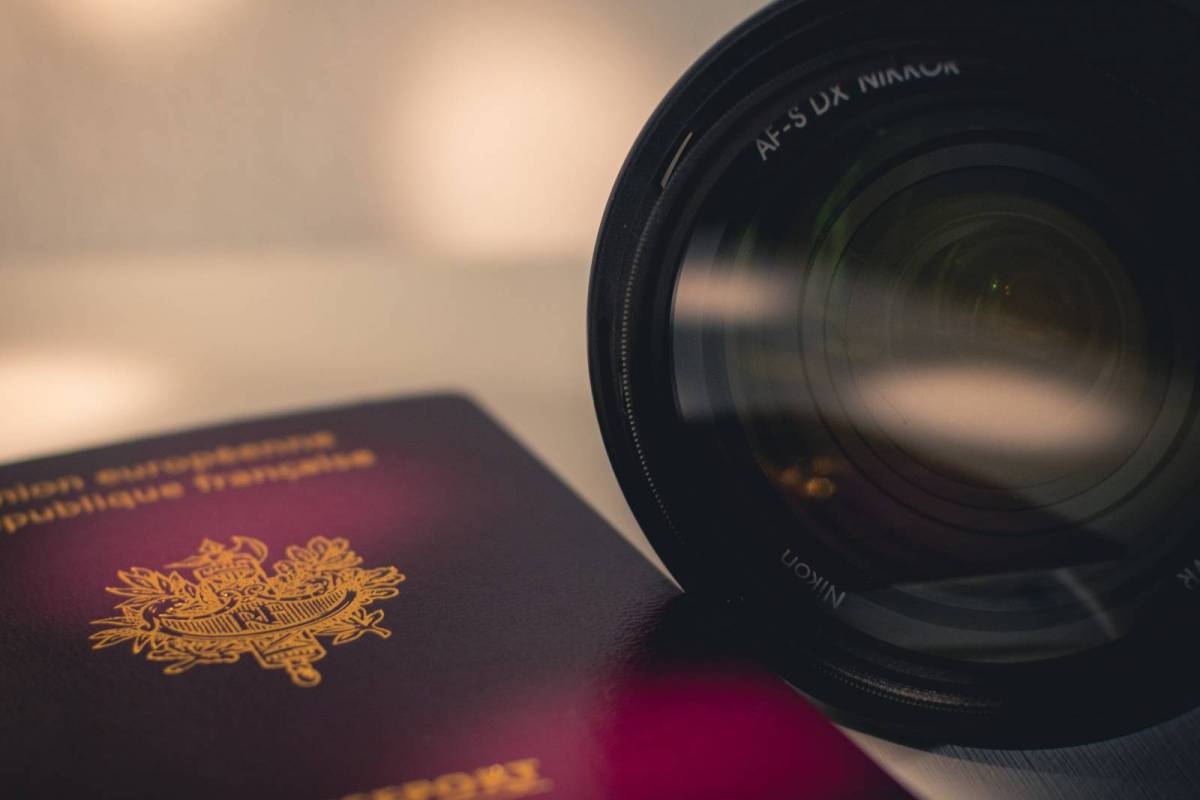 BNONews reported on July 3, 2021, the Republic of Tajikistan’s government announced all adults would be required to get vaccinated against COVID-19. A statement from the Republican Headquarters for Strengthening Anti-Epidemic Measures announced the new requirement but provided few details.

“According to the decision [of the commission], vaccination against coronavirus is mandatory for citizens over 18 years of age,” the brief statement said. “People who have not been vaccinated against coronavirus infection should consult a family doctor or local health facility.”

With a total population of about 9.5 million, Tajikistan becomes the first country to announce a vaccination mandate against the SARS-CoV-2 coronavirus, which is causing COVID-19.

As of July 4, 2021, there are about eighteen COVID-19 vaccines available globally. 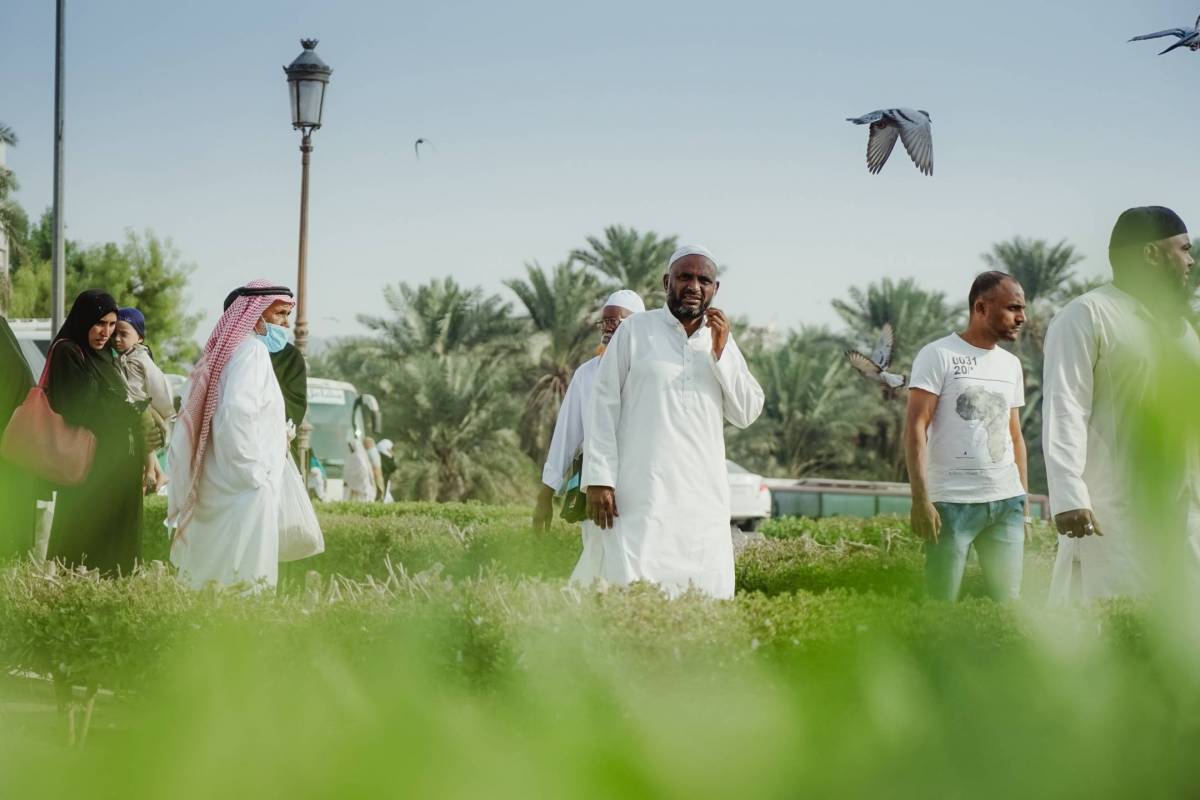 The US Centers for Disease Control and Prevention (CDC) issued a Level Three Travel Alert regarding this year's Hajj in the Kingdom of Saudia Arabia on July 1, 2021. Hajj will take place July 17-July 22, 2021. The Hajj pilgrimage to Islamic holy sites in Mecca, Saudi Arabia, is one of the world’s largest mass gatherings.

Due to continuing COVID-19 concerns, the Saudi Ministry of Hajj and Umrah announced via Twitter on June 12, 2021, that only 60,000 residents and citizens of Saudi Arabia will be permitted to perform Hajj.

Furthermore, the Saudi government has announced a series of entry restrictions, including for religious travel.  Please note that the process for performing Umrah has changed significantly due to COVID-19, so all travelers should make sure to read through all requirements before booking travel.

Additional Hajj vaccine information is found on this webpage. 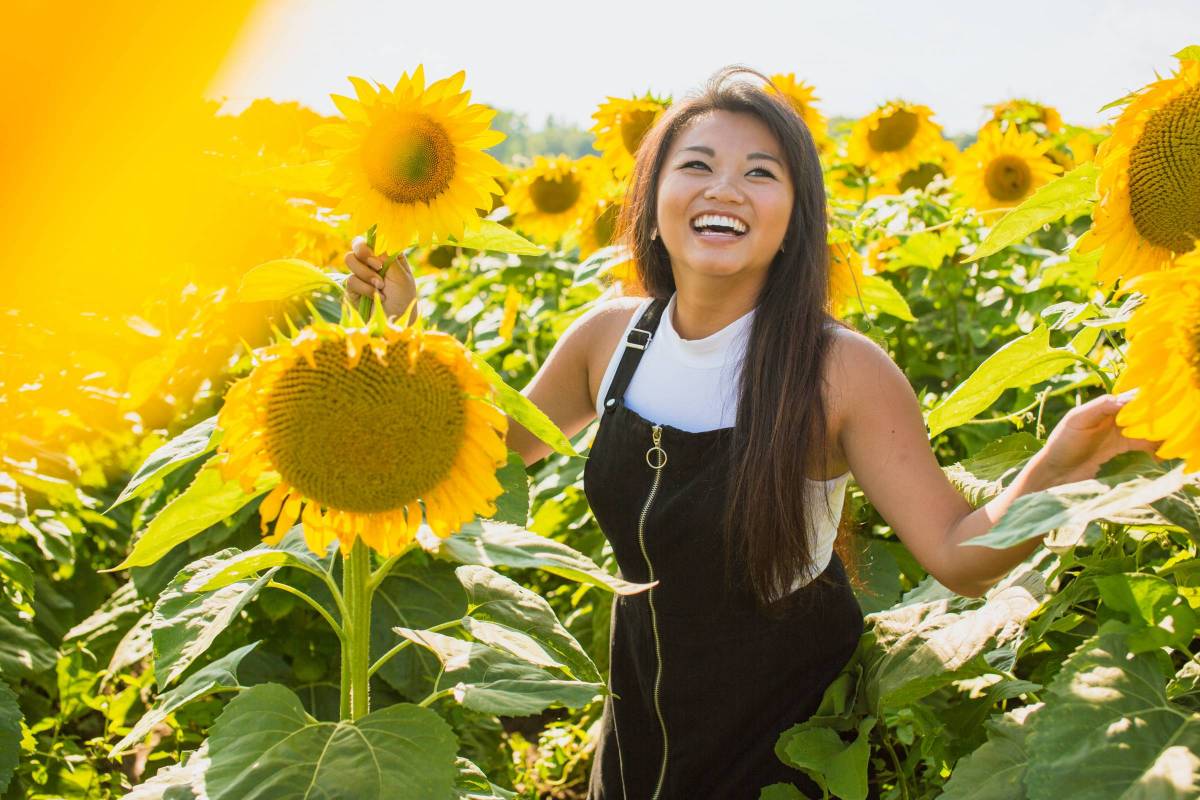 Other countries in this WHO region that have achieved this status include Australia (1981), Singapore (1982), and Brunei Darussalam (1987).

Dr. Takeshi Kasai, Regional Director, WHO Western Pacific Regional Office, stated in a press release issued on June 30, 2021, “China’s tireless effort to achieve this important milestone demonstrates how strong political commitment and strengthening national health systems can result in eliminating a disease that once was a major public health problem."

"China’s achievement takes us one step closer towards the vision of a malaria-free Western Pacific Region.”

More than a dozen malaria vaccine candidates are now in clinical development, and one, GSK Mosquirix RTS,S, has completed Phase III clinical testing.

Mosquirix RTS, S/AS01 is a recombinant vaccine candidate consisting of the P. falciparum circumsporozoite protein from the pre-erythrocytic stage. Mosquirix does not provide complete protection against malaria caused by P. falciparum. However, because of the vaccine's composition, it also protects against hepatitis B.

The Mosquirix vaccine was approved in Europe in July 2015, suggesting that it be used in Africa. 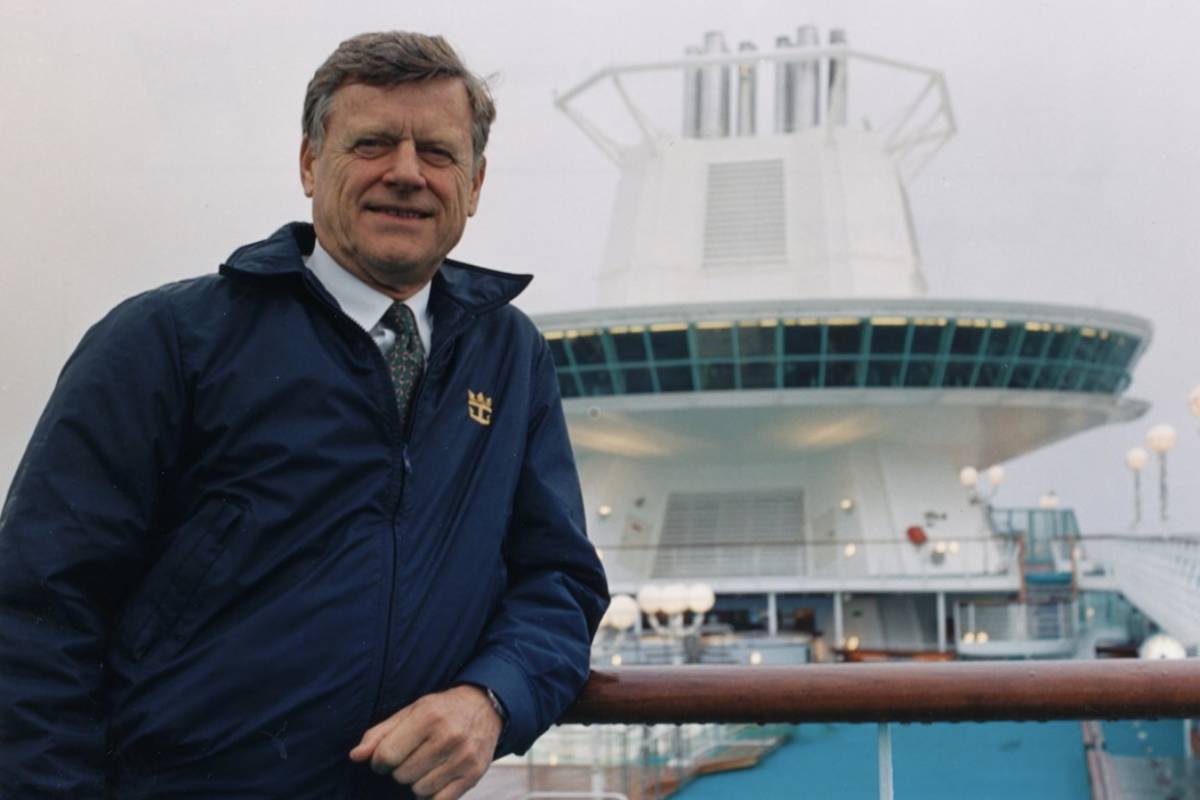 Royal Caribbean Group confirmed two guests on Adventure of the Seas tested positive for COVID-19 before returning home on June 24, 2021. Both cruise guests, under the age of 16 and unvaccinated, were immediately quarantined. One guest is asymptomatic, and the other guest is experiencing mild symptoms. 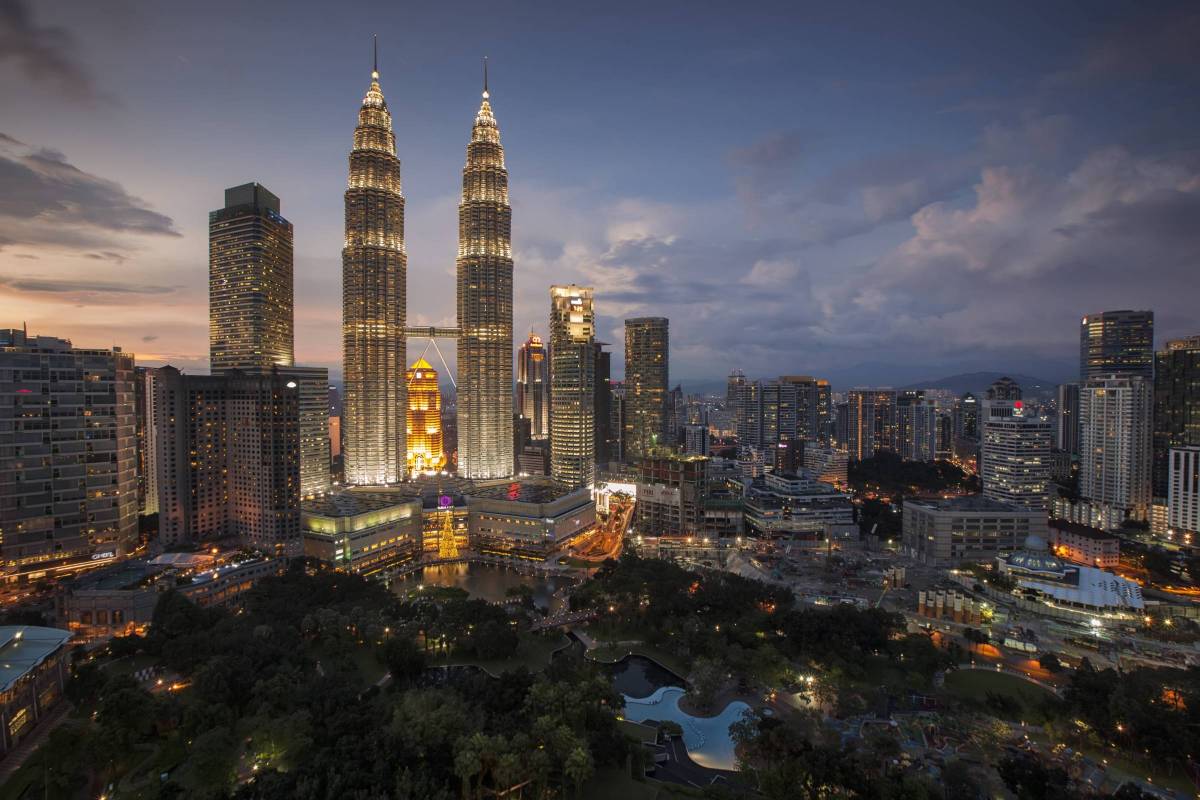 The US Centers for Disease Control and Prevention (CDC) has issued a Level 4 Travel Health Notice for Malaysia due to the ongoing COVID-19 pandemic, indicating a very high level of COVID-19 in the country.

As of June 20, 2021, the Malaysian state of Selangor had around 228 thousand COVID-19 cases, the highest in the country. Visit the U.S. Embassy's COVID-19 page for more information on COVID-19 conditions in Malaysia.

Furthermore, the US Department of State says 'Exercise Increased Caution in the eastern area of Sabah State due to kidnapping risks.' There are also restrictions in place affecting U.S. citizen's entry into Malaysia.

Malaysia is a Southeast Asian country occupying parts of the Malay Peninsula and the island of Borneo, home to about 31 million people.