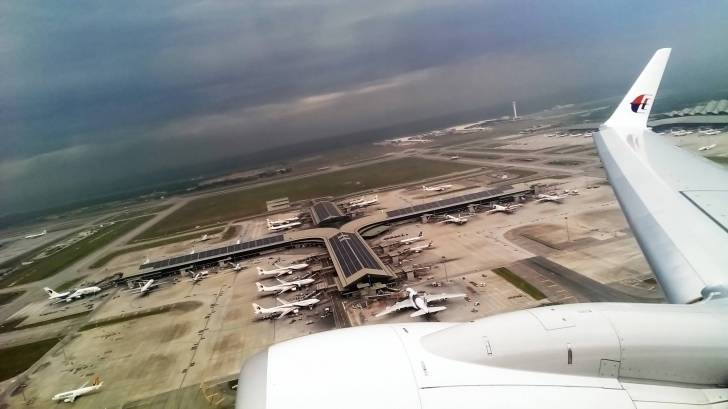 The US Centers for Disease Control and Prevention (CDC) issued a Level 2 Travel Alert saying ‘there are polio outbreaks in several countries local in Asia and the southwest Pacific Ocean.’

Furthermore, the CDC’s December 12, 2019, ‘Practice Enhanced Precaution’ Travel Alert is an important reminder to all adult travelers before visiting the Asian countries listed below, that adults who completed their routine polio vaccine series as children should receive a single, lifetime adult booster dose of polio vaccine.

And, those who have not yet been vaccinated, speak with a healthcare provider to discuss polio vaccination options.

Previously, the Global Polio Eradication Initiative said ‘endemic countries, which have never stopped the transmission of indigenous wild poliovirus, can also be affected by outbreaks of circulating vaccine-derived poliovirus.’

An independent commission of experts recently concluded that wild poliovirus type 3 (WPV3) has been ‘eradicated’ around the world.

Following the eradication of wild poliovirus type 2, this news announcement on ‘World Polio Day’ represents a historic achievement for humanity, said the World Health Organization (WHO), in an October 24, 2019, statement.

The United States has been polio-free since 1979, reports the CDC.

The CDC says polio outbreaks have been reported in the following Asian countries:

In a previous advisory, the World Health Organization issued vaccination recommendations on October 3, 2019, that these countries may require residents and long-term (4 weeks+) visitors to show proof of polio vaccination ‘before leaving the country.’

The inactivated polio vaccine (IPV) is the only polio vaccine offered in the USA since 2000. IPV is given by a shot in the leg or arm, at 4 different times, depending on the patient’s age. IPV vaccination has not been known to cause serious problems, but side effects are a potential risk, says the CDC.

In the USA, there are various polio vaccines available, such as Kinrix and Pediarix.

Once vaccinated, your doctor should provide you with an International Certificate of Vaccination or Prophylaxis yellow card. This will serve as your official documentation of polio vaccination.

Prior to traveling abroad, vaccine counseling appointments can be scheduled with a travel specialist at Vax-Before-Travel.

Polio is a crippling and potentially deadly disease that affects the nervous system. Because the virus lives in the feces of an infected person, people infected with the disease can spread it to others when they do not wash their hands well after defecating.

Most people with polio do not feel sick. Some people have only minor symptoms, such as fever, tiredness, nausea, headache, nasal congestion, sore throat, cough, stiffness in the neck and back, and pain in the arms and legs.

In rare cases, polio infection causes permanent loss of muscle function. Polio can be fatal if the muscles used for breathing are paralyzed or if there is an infection of the brain, says the CDC.

In the late 1940s, polio outbreaks in the U.S. increased in frequency and size, crippling an average of more than 35,000 people each year.

Recently, there was some good news regarding funding to eradicate polio.

On November 19th, 2019, health leaders met at the Reaching the Last Mile Forum affirming their commitment to eradicate polio with a pledge $2.6 billion dollars of financial support.