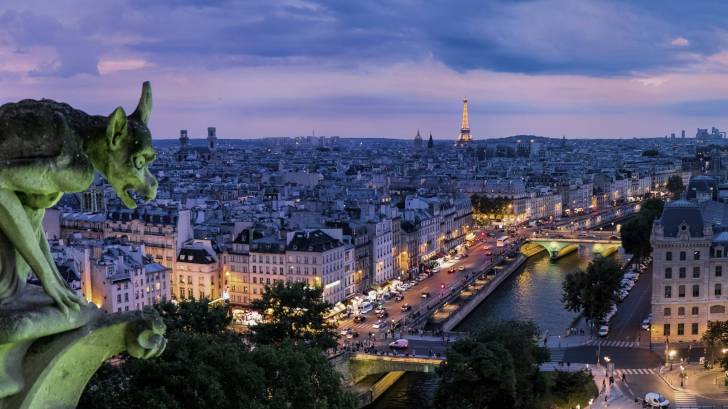 The US State Department updated a Level 2 Travel Advisory: ‘Exercise Increased Caution’, due to terrorism for Paris, France, on December 6, 2018.

Additionally, the US Embassy in Paris, France issued an Alert regarding the “Gilets Jaunes” (yellow vests) demonstrations, which said ‘these events may continue through the coming weeks.’

And, a US Embassy Alert on December 6th said ‘Demonstrations may become violent, resulting in damage to property, including overturning vehicles and setting them on fire. Police responses may include water cannons and/or tear gas.’

This US Embassy Alert suggests Americans visiting Paris should do the following:

Previously, during April 2018, the US Centers for Disease Control and Prevention (CDC), issued a Level 1 Alert, regarding ongoing measles outbreaks in France.

France reported 68 measles cases in October, compared with 37 in September and 29 cases in August 2018.

The CDC says travelers to France should make sure they are vaccinated against measles with the measles, mumps, and rubella (MMR) vaccine.

According to local authorities, the problem in France is that up to 1 million people did not receive the necessary, 2nd MMR vaccination on schedule, reported The Local.

Measles is a disease that can lead to serious complications, such as pneumonia, and even death. It is caused by a highly-contagious virus that is spread through the air by breathing, coughing, or sneezing.

Additionally, the CDC suggests Americans visiting France should be up-to-date on routine vaccines, such as diphtheria-tetanus-pertussis, varicella, polio, hepatitis, and a annual influenza vaccination.

In the USA, pre-trip counseling sessions can be scheduled with a local pharmacy at Vax-Before-Travel.

Vaccines, like any medication, can cause side effects, says the CDC.