+ 1
February 26, 2020
Chile informed the PAHO WHO of the detection of 3 confirmed cases of DENV 2 autochthonous dengue fever 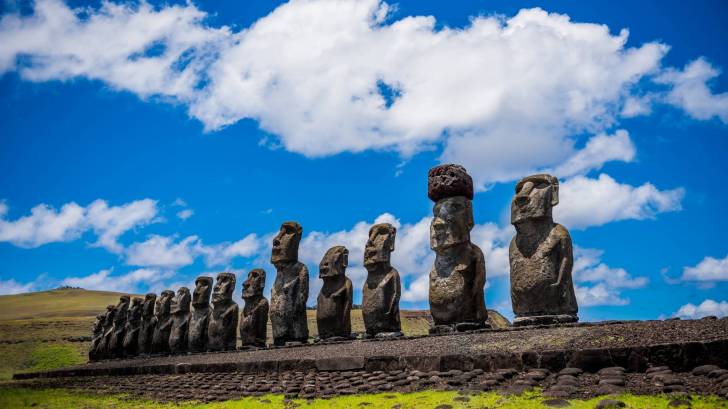 The Chile Ministry of Health informed the World Health Organization (WHO) on February 7, 2020, of confirmed cases of autochthonous dengue fever reported on Easter Island.

These are the initial confirmed cases of dengue due to DENV 2 reported on Easter Island in 2020. These 3 cases are middle-age females, with no recent travel history.

This is important news since the introduction of serotype DENV 2 into this population, the majority of which already have a primary infection with DENV 1, can pose a potential risk for severe dengue cases due to secondary infections, said the WHO on February 22, 2020.

Dengue is transmitted by the bite of a mosquito infected with one of the four dengue virus serotypes. And, the density of competent mosquito vectors on Easter Island could potentially contribute to the spread of the disease throughout the island.

During 2019, a total of 38 dengue cases were reported on Easter Island (28 autochthonous DENV 1 cases, 9 imported cases from Tahiti (DENV 1 and DENV 2 cases)).

But, no severe dengue cases were reported in 2019.

The first dengue outbreak was reported in 2002 and was due to DENV 1.

Since 2009, no other serotypes besides DENV 1 have been identified in autochthonous cases until the beginning of 2020.

Easter Island has weekly air transport connections with French Polynesia, where there is an ongoing dengue outbreak with predominantly DENV 2.

Additionally, due to the presence of the competent vector and, given that Easter Island is a popular tourist destination, the risk of spread to neighboring islands and countries cannot be ruled out.

Dengue fever is a febrile illness that affects infants, young children, and adults, with symptoms ranging from mild fever to high fever, headache, pain behind the eyes, muscle and joint pain, and rash.

There is no specific treatment for dengue. However, the timely detection of cases, identifying any warning signs of severe dengue, and appropriate case management are key elements of care to prevent patient deaths due to dengue.

A delay in seeking medical care in severe dengue cases is often related to deaths from dengue virus disease.

In light of the increase in dengue cases and possible severe dengue cases, the WHO encourages Member States to follow the key recommendations regarding outbreak preparedness and response, case management, laboratory, and integrated vector management (IVM) as published in the 21 November 2018 PAHO/WHO Epidemiological Alert on Dengue and the 11 November 2019 PAHO/WHO Epidemiological Update on Dengue.

And, vector control measures should be implemented at households, places of work, schools, and healthcare facilities, among others, to prevent the vector-person contact.

The preventive actions implemented by local public health authorities are as follows:

In the USA, the Centers for Disease Control and Prevention (CDC) reported during 2010–2017, a total of 5,387 dengue cases were confirmed from U.S. states; 93% were travel-associated.

Furthermore, a study published in December 2019 reported the ‘screen and vaccinate’ strategy is more effective in reducing the number of hospitalized and severe dengue cases.

The WHO’s ‘screen and vaccinate’ policy has the potential to be as, if not more, cost-effective than a no screening strategy, in dengue-endemic areas.

On May 1, 2019, Dengvaxia became the first vaccine approved in the USA for the prevention of dengue disease in people ages 9 through 16, who have laboratory-confirmed previous dengue infection, and live in endemic areas caused by all dengue virus serotypes.

Sanofi Pasteur’s Dengvaxia, is a live, attenuated, tetravalent vaccine and has demonstrated its efficacy in 2 large-scale phase III trials involving over 30,000 participants in dengue-endemic countries.

The WHO published the recommendations of the Strategic Advisory Group of Experts on Immunization on the use of the Dengvaxia vaccine on April 19, 2018.