The U.S. CDC published Cholera Vaccine: Recommendations of the Advisory Committee on Immunization Practices for the use of lyophilized CVD 103-HgR vaccine (CVD 103-HgR) (Vaxchora, Emergent BioSolutions, Gaithersburg, MD) in the United States, on September 30, 2022.

The U.S. FDA-approved cholera vaccine Vaxchora® is a live attenuated recombinant V. cholerae O1 Inaba Vaccine Strain CVD 103-HgR. The CDC recommends Vaxchora for adult travelers and the European Medicine Agency (EMA) for young children who visit an area of active cholera transmission. Unfortunately, in December 2020, the maker of this cholera vaccine temporarily stopped making and selling it. Therefore, this vaccine is currently unavailable in the U.S.

Dukoral® is administered with a buffer solution that, for adults, requires 150 ml of clean water. Dukoral can be given to all individuals over the age of 2 years. There must be a minimum of 7 days and no more than six weeks between each dose. Children aged 2-5 require a third dose.

Shanchol™ and Euvichol® are essentially the same vaccines produced by two different manufacturers. Therefore, they do not require a buffer solution for administration. They are given to all individuals over the age of one year with a minimum of two weeks delay between each dose of these vaccines.

The International Coordinating Group (ICG) announced on October 19, 2022, a temporary suspension of the standard two-dose vaccination regimen in cholera outbreak response campaigns, using instead a single-dose approach. As a result, over 20 million doses of OCVs have been used in mass vaccination campaigns.

November 11, 2022 - Local media reported Israel had detected cholera in the Yarmoukim reservoir in the north.

October 19, 2022 - The WHO Director-General stated: Around the world, 29 countries have reported outbreaks this year (2022), including 13 countries that did not have outbreaks last year. Since 2013, WHO, UNICEF, Médecins sans Frontières, and the International Federation of the Red Cross and Red Crescent Societies have jointly managed a global stockpile of cholera vaccines to help control epidemics. As a result, the four agencies have decided to suspend the two-dose strategy in favor of a one-dose strategy so that more people receive some protection from limited stocks.

September 13, 2022 - The official declaration of a cholera outbreak in the Aleppo region of Syria at the weekend represents "a serious threat to people in Syria" and the whole Middle East region, said the UN humanitarian relief coordinator. 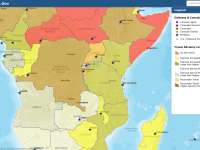 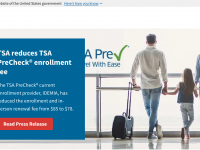