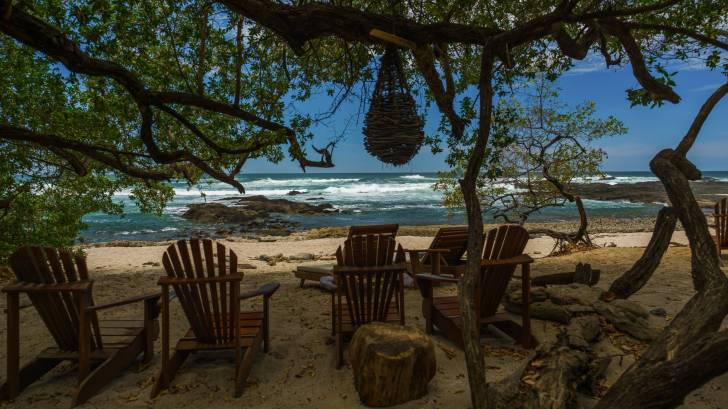 Costa Rica is a favorite destination for millions of international travelers each year.

But, during 2018, it is confronting civil unrest and infectious disease outbreaks at home, and on its northern and southern borders.

"We are a destination that is constantly evolving, able to offer unique experiences to visitors 365 days of the year,” said Maria Amalia Revelo, Costa Rica's minister of tourism, in a press release.

"The North American market remains the main generator of tourists to the country with a prospective market potential estimate of more than 20 million visitors," said Revelo.

Since over 1.3 million Americans, and many are under-vaccinated, visit Costa Rica annually, the US Centers for Disease Control and Prevention (CDC) and the State Department have recently issued travel warnings related to Nicaragua and Panama.

To Costa Rica’s north, on September 12, 2018, the U.S. Department of State (USDS) said in a press release that it had issued a Level 3 Travel Alert.

The US embassy in Managua, Nicaragua says it remains open to provide emergency services for U.S. citizens, but it had limited ability to provide people assistance regarding healthcare services.

Throughout Nicaragua, government hospitals are understaffed and may deny treatment to people. Some hospitals may not be able to assist in health emergencies, said the US Embassy on September 7th.

To Costa Rica’s south, on May 7, 2018, the US State Department issued a Level 1 Travel Advisory for Panama, related to ‘crime’.

Specifically, the Panama "Mosquito Gulf" and Darién Region are subject to Level 4 Travel Advisories, which says ‘Do Not Travel’ to these areas because drug and human trafficking networks operate in these areas.

And, the U.S. government has limited ability to provide emergency services to U.S. citizens in these regions.

Costa Rica itself is under a September 4, 2018, US State Department Level 1 Travel Advisory, which says ‘Exercise Normal Precautions in Costa Rica.’

This Advisory says ‘Medical care in San Jose is generally adequate, but services can be limited in areas outside of San Jose. In remote areas, basic medical equipment may not be available. Ambulances may lack emergency equipment.

‘And, carry prescription medications in original packaging, along with your doctor’s prescription.’

This State Department Advisory specifically identifies criminal activities is the central neighborhood in Limon, Liberia city, the Desamparados neighborhood of San Rafael, and the Pavas and Hospital neighborhoods in San Jose.

In related news, the Costa Rica Star reported on September 2, 2018, that Costa Rica was experiencing a ‘mini-crime wave.’

As of April 23, 2018, the CDC says visitors to Costa Rica should be up to date on routine vaccinations, such as the MMR, diphtheria-tetanus-pertussis, varicella, polio, and the yearly flu vaccination.

The MMR vaccination is specifically important for Costa Rica visitors since Honduras has reported a significant Mumps outbreak, with over 3 million unvaccinated Honduran adults.

Additionally, the CDC recommends the hepatitis A, hepatitis B, malaria and typhoid vaccines.

Proof of yellow fever vaccination must be presented upon arrival for all passengers coming from certain countries in South America.

The CDC says USA citizens visiting Costa Rica should always have a contingency plan for emergency situations, such as this Traveler’s Checklist.

And the State Department suggests visitors to Costa Rica should enroll in the Smart Traveler Enrollment Program (STEP) to receive Embassy security updates.

"Throughout the first 2 decades of this new century we've seen over and over again how the re-emergence of infectious diseases has been linked to political instability and violence,” said Peter Hotez, MD, Ph.D., Head, Section of Pediatric Tropical Medicine, Baylor College of Medicine.

“In the Western Hemisphere the most glaring example has been Venezuela, but there's every reason to believe that Central America could also become vulnerable," said Dr. Hotez, the author of a new book, ‘Vaccines Did Not Cause Rachel's Autism.’