Skiing With Coronavirus in Colorado 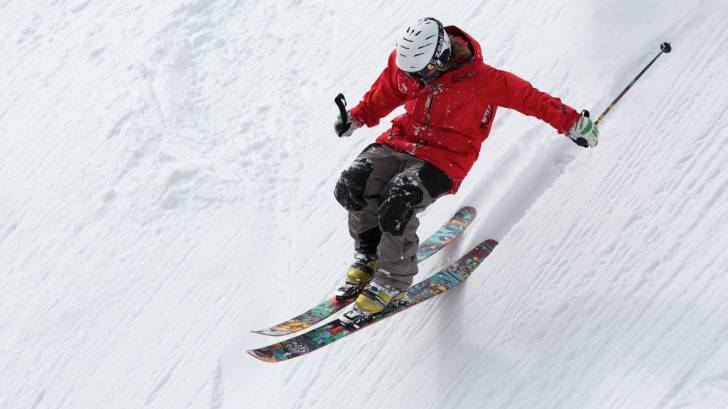 In late March 2020, residents of the Colorado town of Telluride and surrounding San Miguel County had their blood drawn by medical technicians for a new COVID-19 test.

The widespread testing was an experiment in this mountain community best known for its ski resort and summer music festivals.

The CEO’s of United Biomedical Inc. had offered to provide their company’s newly developed COVID-19 antibody tests for free.

The UBI SARS-CoV-2 ELISA test is an antibody test developed by COVAXX, a newly formed subsidiary of United Biomedical.

The COVAXX test is one of more than 30 commercially available tests pending final US Food and Drug Administration approval.

According to the county’s reporting on April 9, 2020, more than 6,000 of the county’s estimated 8,000 residents lined up to have their blood drawn.

While a swab test looks for the virus’s genetic material to determine active infections, an antibody test looks for antibodies in a person’s blood that show an immune response to the virus that causes COVID-19.

Theoretically, having antibodies to SARS-CoV-2 coronavirus could make a person immune to the virus, but how robust this immunity is and how long it might last remain open questions.

The big promise behind testing a whole community is that if one can identify people who have been infected and recovered (or never gotten sick in the first place), one can safely send them back to work or out in the community.

But this event served as a model for what, perhaps, could be possible everywhere to guard against the spread of the disease.

Yet a single test alone can’t provide a clear picture of how many people have been exposed.

As of April 9th, a total of 11 people in San Miguel County had been identified with COVID-19 disease from standard swab tests.

Officials continue to recommend that all residents practice social distancing and that those experiencing symptoms practice further isolation to prevent the potential spread of COVID-19.

And recently, the ski resort town of Jackson in Wyoming, announced it is following Telluride's lead.

COVAXX antibody testing is set to begin in late April at Jackson, with the specimens processed at a local lab, rather than in New York.

This is good news for Wyoming.

As of early April, the Jackson area had confirmed about 45 COVID-19 cases, and has reached a ‘community-spread’ risk level.

In response to the ongoing virus spreading, on April 7, 2020, Teton County Wyoming Health Officer issued a recommendation stating individuals should wear cloth face coverings while in public, particularly when physical distancing measures cannot be relied upon, such as at the grocery store or pharmacy.

And if you are intend to ski at Park City, Deer Valley or any of the other Utah resports, and you arrive via plane or auto, you will be asked to provide personal information.

Following an executive order from Utah Gov. Gary Herbert on April 8, 2020, Utah will, for the first time, deploy a targeted wireless emergency alert (WEA) on certain highways that cross state borders into Utah. The alert will direct motorists to fill out a brief declaration, or survey.

As will passengers arriving at Salt Lake City International Airport will be directed to fill out the same survey .....before they leave the airport.

According to Sky News, Austria, France, Andorra, Italy, Norway, Spain and Switzerland have all closed their resorts as local governments placed a limit on crowds and closed public places to stop the spread of the COVID-19 pandemic.

Antibody tests, such as the UBI SARS-CoV-2 ELISA, can be used to complement RT-PCR tests for a more accurate diagnosis of current infection in symptomatic patients.

It can also identify those who have been infected, but have already recovered and developed a level of immunity to the virus.