The dengue vaccine, known as Dengvaxia, is a recombinant yellow fever-17D–dengue virus, live, attenuated, tetravalent dengue vaccine, produced by Sanofi Pasteur, and was initially licensed for use in individuals aged from 9 to 45 years during 2016.

On May 5, 2021, the U.S. CDC's vaccine committee presented updated dengue lab testing considerations. Pre-vaccination dengue screening needs to be specific to minimize vaccination of seronegative children; and sensitive to maximize identification of children who can benefit.

TAK-003 (DENVax) is an investigational live-attenuated tetravalent dengue vaccine, preventing dengue fever caused by any of the four serotypes of the dengue virus, each of which can cause dengue fever or Severe Dengue. Takeda announced that the European Medicines Agency had accepted the Company’s filing packages for its dengue vaccine candidate (TAK-003). Takeda also intends to submit regulatory filings in Argentina, Brazil, Colombia, Indonesia, Malaysia, Mexico, Singapore, Sri Lanka, and Thailand during 2021.

Àvida Biotech’s novel oral vaccine candidate for dengue does not require cold transport or storage and has completed proof of concept in a mouse model. The University of Buffalo’s Center for Integrated Global Biomedical Sciences will provide pre-clinical drug development expertise.

April 2, 2021 - French media reported, 'With 758 cases of dengue confirmed from March 15 to 21, the epidemic is accelerating on Reunion Island. Twenty municipalities are concerned with groupings of cases mainly located in the West at Port, Saint-Paul, and La Possession, and in the South at Saint-Joseph. To date, only serotype 1 has been detected among the confirmed cases.

March 31, 2021 - In 2021, and as of week #12, the Pan American Health Organization had reported 175,372 suspected and confirmed dengue cases and 32  associated deaths in the Americas region. The five countries reporting the most cases are Brazil (130,013), Nicaragua (9,207), Peru (7 953), Colombia (7,247), Paraguay (6,938). All four dengue virus serotypes (DENV 1, DENV 2, DENV 3, and DENV 4) are currently circulating in the region of the Americas, which increases the risk of severe cases. The figures for each country of the Americas region can be found on the PAHO Health Information Platform.

March 25, 2021 - Takada announced the European Medicines Agency is conducting the First-Ever Parallel Assessment of a Medicinal Product, Takeda’s Dengue Vaccine Candidate (TAK-003), for use in the EU; Countries Outside of the EU through the EU-M4all (Previously Article 58) Procedure. Furthermore, Takeda Intends to Submit Regulatory Filings in Argentina, Brazil, Colombia, Indonesia, Malaysia, Mexico, Singapore, Sri Lanka, and Thailand during 2021.

March 25, 2021 - Japan-based KM Biologics Co., Ltd. announced the results of Phase I clinical study of a live attenuated tetravalent vaccine, KD-382, to prevent dengue. The results show that the KD-382 vaccine is safe and well-tolerated by healthy adults. Moreover, KD-382 showed 100% seroconversion at an early stage and elicited long-lasting and neutralizing antibody response for all 4 serotypes in most subjects over a 1-year follow-up, despite the single-dose administration. Based on the supporting results indicating the KD-382 vaccine as very promising, the company is preparing for Phase II clinical studies.

March 3, 2021 - The U.S. CDC reported 5 dengue cases had been confirmed in the USA during 2021. And US Territories (Puerto Rico) have confirmed 85 dengue cases.

March 2, 2021 - The U.S.CDC issued a Level 1 Travel Alert for many parts of Central and South America, Mexico, and the Caribbean regarding Dengue virus risks.

February 25, 2021 - The Lancet published a systematic review and meta-analysis of Risk predictors of progression to severe disease during the febrile phase of dengue. This analysis supports monitoring of the warning signs described in the 2009 WHO guidelines on dengue. Also, testing for infecting serotype and monitoring platelet count and serum albumin, AST, and ALT concentrations during the febrile phase of illness could improve the early prediction of severe dengue.

December 4, 2020 - Researchers from the United Kingdom announced they used plants to produce virus-like particles (VLPs) of the dengue virus in a potential first step towards novel vaccines against the growing threat.

November 30, 2020 - The South American country of the Republic of Peru has resumed most transportation options, including airport operations. Other improved conditions such as the resumption of most business operations and a gradual re-opening of borders have been reported within Peru.

November 16, 2020 - Study published by The Lancet: Accuracy and efficacy of pre-dengue vaccination screening for previous dengue infection with five commercially available immunoassays: a retrospective analysis of phase 3 efficacy trials. Each immunoassay's specificity and sensitivity were determined as percentage negative and positive agreement compared with the reference algorithm, which used dengue plaque reduction neutralization test with 50% and 90% cutoffs and non-structural protein 1 IgG ELISA results to assign baseline serostatus. These findings suggest that these immunoassays could be used for pre-vaccination screening for CYD-TDV as tools to assist risk stratification until more sensitive and convenient tests become available.

November 16, 2020 - A new study published by The Lancet found ' Previous trials have provided some evidence that antibody responses elicited after just one dose or two doses of CYD-TDV might be similar to those elicited after three doses. They compared antibody responses following one-dose, two-dose, and three-dose vaccination regimens in individuals who were dengue seropositive at baseline up to 1 year after the last injection. They reported a 2-dose CYD-TDV regimen might be an alternative to the licensed 3-dose regimen in individuals who are dengue seropositive at baseline and aged 9 years and older. Vaccination with a reduced number of doses could improve vaccine compliance and coverage, especially in low-resource settings.

November 16, 2020 - Study: Determining dengue virus serostatus by indirect IgG ELISA compared with focus reduction neutralization test in children in Cebu, Philippines: a prospective population-based study. Compared with FRNT, ELISA had high sensitivity and specificity (>90%), but the false-negative and false-positive rates make the test suboptimal for prevaccination screening. Individuals who are falsely identified as seropositive by dengue IgG ELISA and then vaccinated might be at risk of developing the severe disease during subsequent exposure to wild-type dengue virus. Those with a monotypic profile would benefit the most from vaccination. Still, the IgG ELISA's sensitivity was much lower in this group than in those with a multitypic profile.

November 4, 2020 - The University of Buffalo’s Center for Integrated Global Biomedical Sciences (CIGBS) will partner with Àvida Biotech, a Spain-based developer of antiviral products, to advance affordable, new antivirals and vaccines for neglected infectious diseases such as the dengue. The CIGBS scientists will support Àvida Biotech’s investigation of a novel oral vaccine for dengue that does not require cold transport or storage.

According to new clinical trials conducted in Iquitos, Peru, October 27, 2020 - Spatial repellents can reduce the risk of people becoming infected with Aedes mosquito-borne viruses. According to the University of Notre Dame, the Peru trial results are encouraging — study participants whose houses contained the spatial repellent were 34 percent less likely to become infected with Aedes mosquito-borne viruses than other study participants who received the placebo product without the repellent. The Iquitos trial was part of a multi-year effort led by scientists at the University of Notre Dame to determine the protective efficacy of spatial repellents to prevent human infection with pathogens that cause diseases such as malaria, Zika, and dengue, spread through mosquito bites.

October 25, 2020 - Study: Plant‐made dengue virus‐like particles produced by co‐expression of structural and non‐structural proteins induce a humoral immune response in mice. These results are consistent with the idea that VLPs could be the optimal approach to creating candidate vaccines against enveloped viruses.

October 14, 2020 - The U.S. CDC issued a Level 1 Travel Alert for the Americas. Dengue is an ongoing risk in many parts of Central and South America, Mexico, and the Caribbean (map). Travelers to areas of risk should protect themselves by preventing mosquito bites.

September 22, 2020 - The Florida Department of Health in Miami-Dade County (DOH-Miami-Dade) is under a mosquito-borne illness alert. A case of dengue fever of local transmission has been confirmed in a Miami-Dade resident. There has been a total of two locally acquired dengue cases in 2020.

September 21, 2020 - The authors of a non-peer-reviewed study published hypothesized that a safe and effective dengue vaccine could offer some immunity against SARS-CoV-2.

August 27, 2020 - The World Mosquito Program (WMP) of Monash University and its Indonesian partners, the Tahija Foundation and Universitas Gadjah Mada, have announced the first results of a cluster randomized controlled trial of its Wolbachia method, showing a 77% reduction in the incidence of virologically-confirmed dengue in Wolbachia-treated areas of Yogyakarta, Indonesia, compared to untreated areas.

August 7, 2020 - The regional health authorities of Occitanie reported an autochthonous dengue transmission in Cessenon-surOrb, in Hérault prefecture. This case was infected in mid-July. The competent authorities are undertaking response measures, and outbreak investigations have identified the primary case in a returning traveler from a dengue risk zone. This is the first autochthonous transmission reported in continental France in 2020. Background: Autochthonous dengue cases have been reported in continental Europe in recent years. In 2019, ten cases were reported in France (9) and Spain (1). One additional sexual transmission of dengue was reported in Madrid, Spain, in 2019.

July 13, 2020 - Long-term safety and immunogenicity of a tetravalent dengue vaccine candidate in children and adults: a randomized, placebo-controlled, phase 2 study.

June 9, 2020 - The World Mosquito Program of Monash University and its Indonesian partners the Tahija Foundation and Universitas Gadjah Mada have announced the first results of a cluster randomized controlled trial of its Wolbachia method, showing a 77% reduction in the incidence of virologically-confirmed dengue in Wolbachia-treated areas of Yogyakarta, Indonesia, compared to untreated areas.

May 21, 2020 - The ongoing Dengue risk in the Americas continues into the summer of 2020, says the US Centers for Disease Control and Prevention (CDC). The CDC announced many parts of Central and South America, Mexico, and the Caribbean have continued to report dengue fever cases.

March 17, 2020 - Results published in the first paper from an 18-month analysis of ongoing pivotal Phase 3 trial were generally consistent with overall efficacy and safety data reported in the previously published 12-month analysis.

February 26, 2020 - The Chile Ministry of Health informed the WHO of confirmed cases of autochthonous dengue fever reported on Easter Island. These 3 cases are middle-aged females with no recent travel history.

November 6, 2019 - New England Journal of Medicine publishes primary endpoint analysis from an ongoing Phase 3 study of Takeda’s dengue vaccine candidate. TAK-003 was efficacious against symptomatic dengue in countries in which the disease is endemic.

January 26, 2019 - This mosquito-borne disease, known as 'break-bone fever' due to its sometimes painful symptoms, infects many U.S. travelers.

November 14, 2018 - Preliminary data regarding a live-attenuated tetravalent dengue vaccine candidate developed by Takeda show that the vaccine may protect against all four serotypes of the infection, according to research presented at the annual meeting of the American Society of Tropical Medicine and Hygiene.

NS1 tests detect the non-structural protein NS1 of the dengue virus. This protein is secreted into the blood during dengue infection. NS1 tests have been developed for use in serum. Most of these tests use synthetically labeled antibodies to detect dengue NS1 protein, says the U.S. CDC.

Dengue is a mosquito-borne viral infection that is common in warm, tropical climates. Infection is caused by any one of four closely related dengue viruses (called serotypes). These can lead to a wide spectrum of symptoms, including extremely mild to those that may require medical intervention and hospitalization, says the Florida Department of Health.

Dengue is common in the US territories of Puerto Rico, the US Virgin Islands, and American Samoa, says the U.S. CDC.

Note: The content on this webpage is aggregated from the WHO, the U.S. CDC, research studies, and various media sources. This content is reviewed for efficacy by healthcare providers, such as Dr. Bob Carlson. 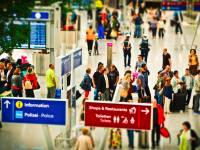 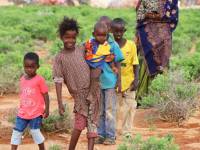 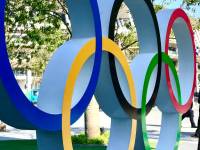 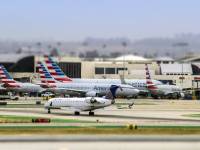 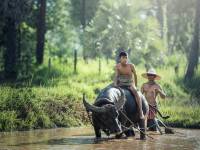 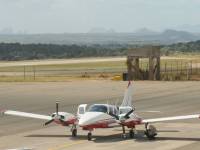