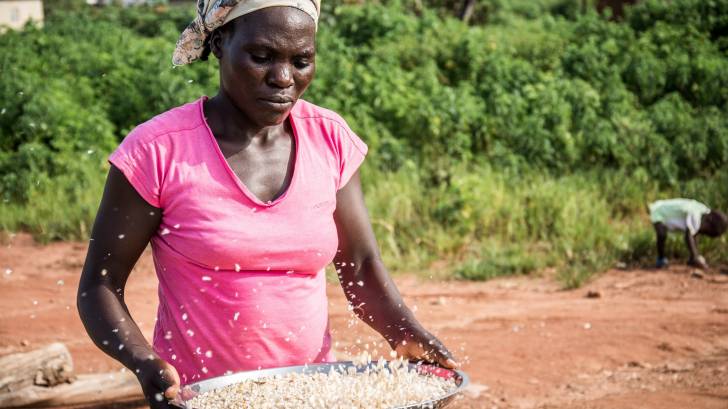 Since March 24th it has taken only 71 days to reach 2,000 Ebola cases, which is more than triple the previous daily case rate, says the World Health Organization (WHO).

With more than 13 million people in need of aid, the DRC Ebola outbreak is one of the world’s most complex, fatal, and long-standing humanitarian crises.

As of May 28th, the overall case fatality rate (CFR) of EVD (Ebola virus disease) cases in children under the age of 5 stands at 77 percent. This CFR was notably higher than that of EVD cases over 5-years of age, which is reported to be 57 percent.

In total, over 1,300 people have died during this EVD outbreak in the DRC.

But there is some good news to report.

Additionally, during February 2019, an ethics committee of the WHO recommended the use of the v920 vaccine for pregnant and lactating women, and young children, in the DRC.

The risk for contracting the Ebola Zaire virus is low for most travelers to DRC, says the US Centers for Disease Control and Prevention (CDC).

If you choose to be vaccinated against Ebola, get the v920 vaccine before travel, if possible, says the CDC.

The v920 vaccine is under study by the National Institutes of Health (NIH) in a clinical trial, entitled ‘PREPARE,’ with study sites located at the NIH in Bethesda, MD, and Emory University in Atlanta, GA.

The CDC says upon returning to the USA, you should notify your healthcare facility’s infection control or occupational health professional of your recent travel and self-monitoring activities.

Furthermore, the CDC says any person with possible exposure or Ebola-like symptoms will not be allowed to travel unless the travel is part of a coordinated medical evacuation. And, every international traveler leaving the outbreak area may be subject to travel restrictions or monitoring by ministries of health in other countries and should check in advance for any requirements.

Ebola virus disease is a rare and deadly disease. It is spread by contact with blood or body fluids of a person infected with the Ebola virus.

Ebola symptoms include fever, headache, joint and muscle aches, sore throat, and weakness, followed by diarrhea, vomiting, and stomach pain. Skin rash, red eyes, and internal and external bleeding may be seen in some patients, says the CDC.