High-Level Travel Advisories Issued For The Republic of Ecuador 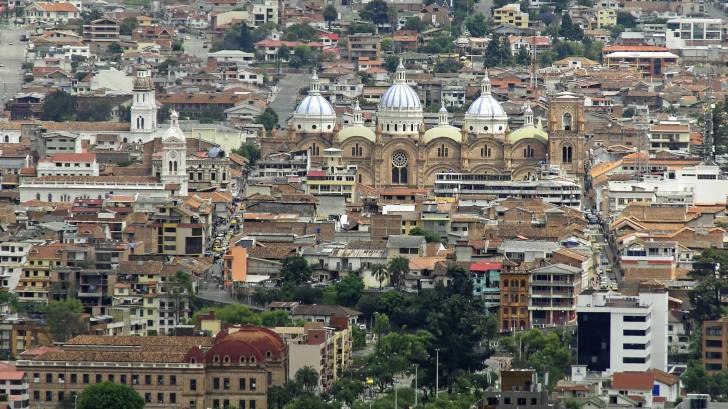 The U.S. Department of State has reissued its Level 2 Travel Advisory for the Republic of Ecuador, which includes additional ‘Do Not Visit’ warnings.

The U.S. Embassy in Ecuador said ‘it continues to receive reports of demonstrations and road blockades in cities and towns throughout the country. Travel may be seriously disrupted during this time.’

The U.S. Embassy has ‘restricted its personnel from traveling within and between cities and provinces until further notice, except for travel to the Galapagos Islands and domestic airline connections that are part of an international itinerary.’

For Embassy Quito personnel, ‘travel is restricted to within the greater Quito metropolitan area.’

For U.S. Consulate General Guayaquil personnel, ‘travel is restricted to within the city of Guayaquil.’

And, ‘the local government has relocated from Quito, the current capital city, to Guayaquil, until further notice.’

Separately, the UK’s Foreign and Commonwealth Office (FCO) advised on October 9, 2019, against all travel within the 20km exclusion zone along the border with Colombia, except for the official border crossing town of Tulcan in Carchi province.

The FCO advises against all but essential travel to:

If you decide to travel to Ecuador:

U.S. citizens can request assistance at these locations:

This is unfortunate news since Ecuador welcomed nearly 1.61 million tourists in 2017, up from 1.42 million during 2016. Ecuador is a country in northwestern South America, bordered by Colombia on the north, Peru on the east and south, and the Pacific Ocean on the west.

Ecuador has about 16 million residents, and it also includes the Galápagos Islands in the Pacific.

From a health perspective, the Public Health Agency of Canada has issued advice for travelers on the Zika virus, recommending that Canadians practice special health precautions while visiting affected countries.

Previously, on June 18, 2019, the U.S. Centers for Disease Control and Prevention (CDC) said to ensure you are up-to-date on several Routine Vaccinations. This alert includes the measle vaccination since Ecuador is included in the CDC’s worldwide measles alert issued during June 2019.

Additionally, the CDC suggests additional travel vaccinations such as Hepatitis A and Typhoid.

If you need to be vaccinated before your trip, you may need to travel some distance and schedule your appointment well in advance, says the CDC.

These vaccines and related medications can be found at most travel pharmacies in the USA. Pre-trip, vaccination counseling appointments can be scheduled at Vax-Before-Travel.

Travel news is published by Vax-Before-Travel