+ 1
October 8, 2019
Hong Kong Travel Advisories have been updated by the USA, UK, Australia, and Canada 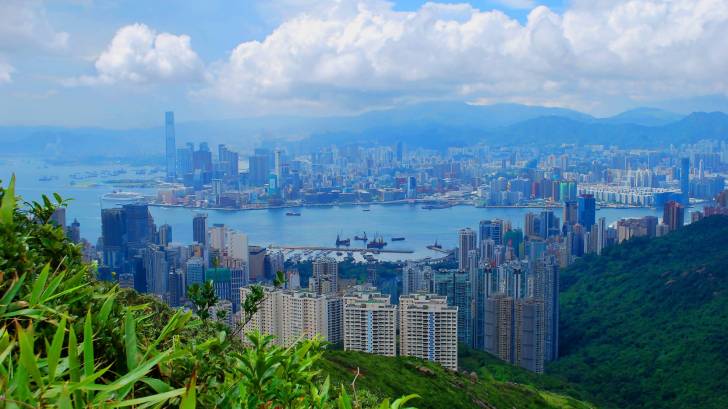 The US Department of State has updated its Level 2 Travel Advisory for the Hong Kong Special Administrative Region (SAR) of the People's Republic of China.

The State Department said on November 14, 2019, visitors to Hong Kong should ‘Exercise Increased Caution’ due to civil unrest.

Additionally, the U.S. Embassy posted a Demonstration Alert on November 15, which said 'continuing calls by protesters for city-wide strikes and traffic disruptions. Roadblocks are possible throughout Hong Kong, Kowloon, and the New Territories. Demonstrations have disrupted multiple train and bus lines, with some services suspended.'

And, on Sunday, November 17, the media reports a “Glory to Hong Kong” rally, human chain at Chater Garden in Central, and a “30th Anniversary of Sweeping Changes to Eastern Europe” rally at Edinburgh Place in Central.

The Embassy says 'this list is not necessarily exhaustive; protests at other times and locations may also occur. Any protests that take place without a permit are considered illegal.'

Since June 2019, political demonstrations have taken place in various areas of Hong Kong, including MTR stations, shopping malls, and at Hong Kong International Airport. While protests are generally peaceful, they sometimes disrupt transportation across Hong Kong.

On October 4th, the government invoked the Emergency Regulations Ordinance to ban face masks at public gatherings. Also, any protests that take place without a permit are considered illegal.

Separately, the UK Foreign Travel Advice issued an updated Advisory on October 7, 2019, which said, ‘the situation around protests and public gatherings can change quickly, with the potential for violence, especially during unauthorized protests.’

‘The Hong Kong Government announced that from October 5th onwards, in certain circumstances, it may not be permitted for individuals to wear a “facial covering” which might prevent identification.’

And, ‘there are reports of greater scrutiny from mainland authorities at border crossings between the mainland and Hong Kong at this time, including checks on travelers’ electronic devices.’

‘If you’re in an area where demonstrations are taking place, you should remain vigilant, follow the advice of local authorities and move away quickly to a safe place if there are signs of a disorder,’ concluded the UK.

This is important news since 65 million people visited Hong Kong during 2018.

Hong Kong is one of the most densely-populated places in the world, located on 1,104-square-kilometre near the eastern side of the Pearl River estuary in southern China, east of Macau.

Hong Kong joined China in 1997, as a special administrative region and currently has a population near 7.4 million people.

The US Department of State and other governments say if you decide to travel to Hong Kong, please take the following actions:

Regarding health risks when visiting Hong Kong SAR, the US Centers for Disease Control and Prevention (CDC) suggested on July 18, 2019, that visitors are current with certain vaccines, such as Routine Vaccines and the measles-mumps-rubella (MMR) vaccine.

During April 2019, an outbreak of rubella was reported at 2 commercial locations in Macau, China.

Furthermore, Hong Kong is included in the CDC’s Global Measles Outbreak Notice, which was issued on June 10, 2019.

Pre-departure vaccination services, travel medications, and related counseling appointments can be scheduled with certain pharmacies in the USA.