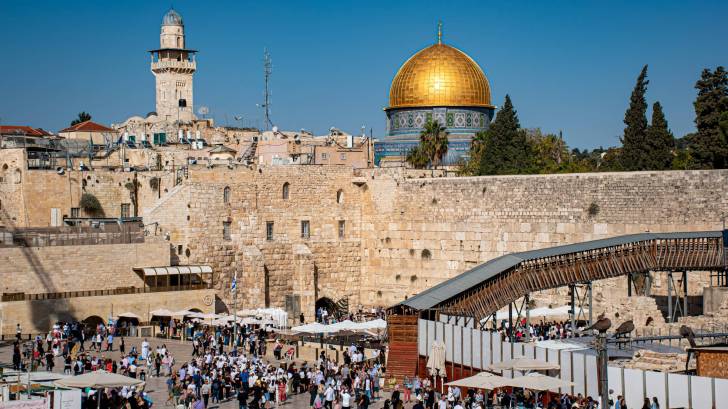 According to The Times Of Israel reporting, various self-quarantine procedures have been activated in Israel.

Published late on February 22, 2020, this news article reports about 200 Israeli students and teachers have been ordered to self-quarantine after coming into contact with a group of South Koreans, who are potentially infected with novel coronavirus 2019, known as COVID-19.

The group of 77 Koreans was visiting Israel from February 8-15. Nine of them were confirmed to have the COVID-19 disease, following their return to South Korea.

South Korea officials reported on Saturday, February 22nd, that 229 new COVID-19 cases had been confirmed in just 1 day, which increases the total to 433 cases during 2020.

Israel’s Education Ministry announced that students from Afula, Haifa, and Beersheba had been ordered to remain in isolation at their homes.

A Korean Air passenger jet that landed at Ben Gurion Airport around 7:30 p.m. Saturday was held on the tarmac as all foreigners on board were blocked from entering the country.

Twelve Israelis on board were allowed to disembark, screened for fever and driven by ambulances to quarantine at their homes.

Meanwhile, the rest of the passengers were to be flown back to South Korea.

Officials said the decision to block the entry of people arriving from South Korea was a case-specific one at the moment and not a general ban on arrivals from the nation.

However, Channel 12 News in Israel reported that all further flights to and from Seoul would be canceled until further notice — potentially stranding hundreds of South Korean tourists currently in the country.

Foreign Minister Israel Katz said in a statement ‘he’d instructed ministry officials “to support any strict decisions issued by the Health Ministry on preventing the entry of foreigners from various world countries who could pose a health risk to Israel’s population.”

Previously, Israel’s Ministry of Health confirmed a person returning to Israel from a cruise ship in Japan has tested positive for the COVID-19 disease.

The plane carrying 11 passengers from Japan was brought to a remote area of Ben Gurion Airport where the travelers were immediately put on vans to be taken to Sheba Medical Center where they will spend the next 14 days in quarantine. Sheba Medical Center is recognized as one of the top 10 hospitals worldwide by Newsweek.

Additionally, in response to the recent coronavirus epidemic, Sheba Medical Center has begun by testing the first known telemedicine program in the world

Each person will be in a separate quarantined room, with couples staying in adjacent chambers, reports Times of Israel.

Travel news related to the SARS-CoV-2 virus is published by Vax-Before-Travel.