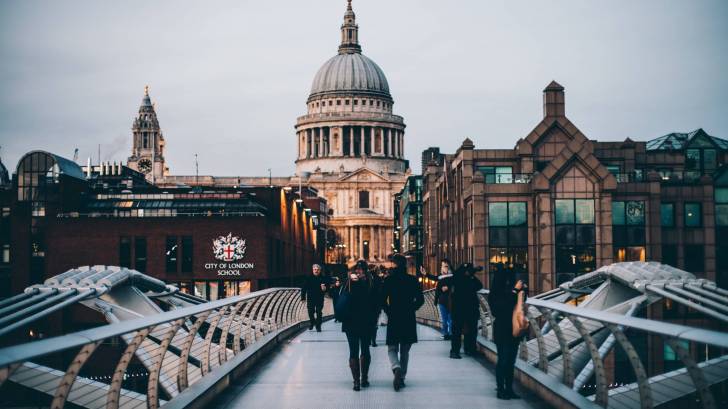 According to The Times of Israel, significant reductions in vaccinations against measles in five-year-olds were recorded in Hackney and Haringey, the north London, England areas with the largest Orthodox populations.

Previously, a 2013 study published by the US Centers for Disease Control and Prevention (CDC), said ‘vaccination coverage within this community (Hackney) is lower than in the general population of London, causing low-herd immunity and outbreaks of vaccine-preventable diseases.’

Both the CDC and the UK Nation Health Service (NHS) say populations need to have immunization levels of at least 95 percent to be protected, sometimes known as ‘herd-immunity.’

Herd-immunity describes how a population is protected from a disease after vaccination by stopping the germ responsible for the infection being transmitted between people. In this way, even people who cannot be vaccinated can be protected, says the University of Oxford.

As such, the NHS liaised with local healthcare providers to raise awareness that measles was circulating, distributing leaflets in English and Yiddish during 2018.

According to the New York Times in April 2019, the current measles outbreaks in London and New York City may be related to Breslov Hasidic Jews visiting the Ukrainian city of Uman in 2018. London's outbreak is believed to be related to numerous pilgrims returning from Israel and Ukraine with the measles virus.

Ukraine’s measles outbreak began in 2017 and continues unabated today, with over 55,000 measles cases reported during 2019.

In late September, following Rosh Hashanah and the annual Uman pilgrimage, measles cases exploded in Israel. The cause is believed to be the numerous pilgrims who returned to Israel from the Ukraine with the measles virus.

Recently, two counties in New York reported the ‘ending’ of their measles outbreaks. The state of New York has reported about 75 percent of all measles cases in the USA during 2019, says the CDC.

To increase awareness of the ongoing measles risk, the CDC previously issued a worldwide Level 1 Travel Alert on June 10, 2019.

This Alert says ‘unvaccinated travelers infected with measles overseas have brought the disease back to the United States, causing outbreaks among unvaccinated people in their local communities.’

The CDC offers this travel advice:

And, the CDC updated it’s measles vaccination recommendations for international travelers on May 13, 2019, which are as follows:

As a general notice, the CDC says ‘any vaccine can cause a side effect, which should be reported to a healthcare provider, or to the CDC.’