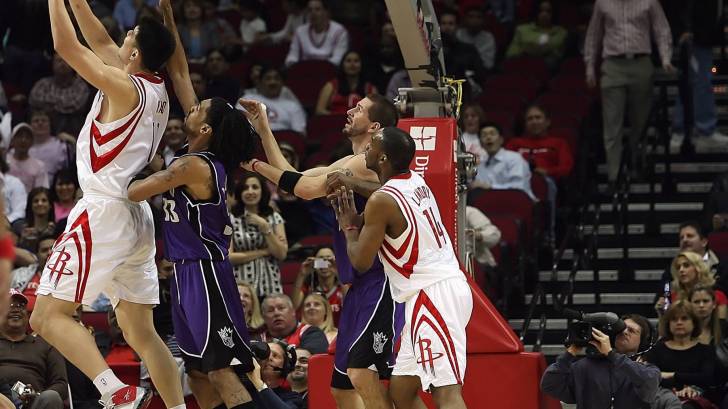 One of the greatest defensive players in NBA history and a well-known philanthropist is encouraging everyone to take precautions to stop the spreading of the Ebola Zaire disease.

The Centers for Disease Control and Prevention (CDC) posted a video message from basketball Hall of Famer Dikembe Mutombo to increase awareness of the Democratic Republic of Congo (DRC) ongoing, deadly Ebola outbreak.

Mutombo, who began playing basketball for Georgetown University in the 1980s, shared his perspective on the Ebola outbreak with The AP on June 24, 2019.

"I am speaking with you today because I care deeply about our country, and I need your help to stop the Ebola outbreak in the north part of the country.”

"How do you build trust? That's the big problem we're having in the Congo,'' he said.

The trust Mutombo speaks of is regarding the acceptance of the Ebola preventive vaccine.

Nearly 141,000 people have been vaccinated with Merck’s v920 (rVSVΔG-ZEBOV-GP) vaccine in the affected eastern DRC provinces since 2018.

"I believe as a son of Congo, I think my voice can be heard.”

“Because everyone in the country knows my commitment to humanity and the health,” said Mutombo.

Previously, Mutombo was awarded an honorary Doctor of Humane Letters by the State University of New York College at Cortland in 2004 for his humanitarian work in Africa.

The risk for contracting the Ebola Zaire virus is low for most travelers to DRC, says the CDC.

In Houston, Texas, where Mutombo played during his NBA career, there are Ebola-ready facilities at The University of Texas Medical Branch in Galveston (UTMB) and Texas Children’s Hospital in Houston.

“We’re part of a network of care providers who know how to do this and are willing to do this,” said Susan McLellan, M.D., Ph.D., medical director of UTMB’s BCU.

The Ebola virus disease is a rare and deadly disease. It is spread by contact with blood or body fluids of a person infected with the Ebola virus.

Recently, the CDC said anyone returning to the USA from the DRC displaying Ebola symptoms should notify healthcare professional of your recent travel.

Ebola symptoms include fever, headache, joint and muscle aches, sore throat, and weakness, followed by diarrhea, vomiting, and stomach pain. Skin rash, red eyes, and internal and external bleeding may be seen in some patients, says the CDC.