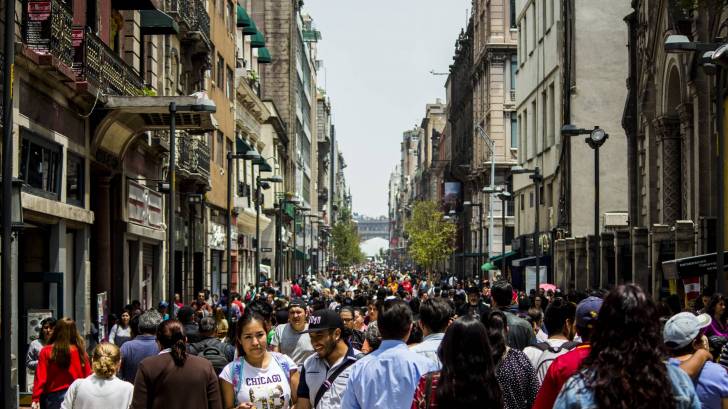 Public health officials in Mexico have identified a measles virus outbreak in various states in Mexico.

The median age of these patients was 20 years and 59% were male.

This analysis conducted by the National Reference Laboratory which identified the genotype D8 (similar to other countries in the Region), linage MVs/GirSomnath.IND/42.16/.

Additionally, the WHO said ‘There is a high risk of spreading of the virus due to high population density such as Mexico City, with 427 cases, in which the high vaccination coverage could allow slow but steady transmission.’

According to local media, the measles outbreak in Mexico City began in a prison on February 23rd.

‘At the regional level, the potential impact is considered moderate given the performance of routine immunization programs and prevention and control capacities in other countries in the region and the restrictions for travel in many countries and territories of the Region due to the pandemic of COVID-19 disease.’

The WHO Region of the Americas was declared free of measles in September 2016.

However, Venezuela and Brazil lost their ‘measles-free’ status on 1 July 2018 and 19 February 2019 respectively due to major measles outbreaks.

Given the continued imported cases of measles from other regions and the ongoing outbreaks in countries and territories of the Region of the Americas, the Pan American Health Organization / WHO reinforces the recommendations made since February 2015 to all Member States, to vaccinate to maintain homogenous coverage of 95% with the first and second doses of the measles, mumps, and rubella (MMR) vaccine in all municipalities.

And provide a rapid response to imported measles cases to avoid the reestablishment of endemic transmission, through the activation of rapid response teams trained for this purpose, and by implementing national rapid response protocols when there are imported cases.

In addition to the measles outbreak, the US Centers for Disease Control and Prevention (CDC) issued a Level 1 Travel Alert for the Americans, which includes Mexico, regarding an outbreak of the Dengue virus.

Previously, during December 2019, the CDC suggested various vaccinations prior to visiting Mexico.