+ 2
August 19, 2019
MMR vaccination recommended by CDC prior to visiting the United Kingdom 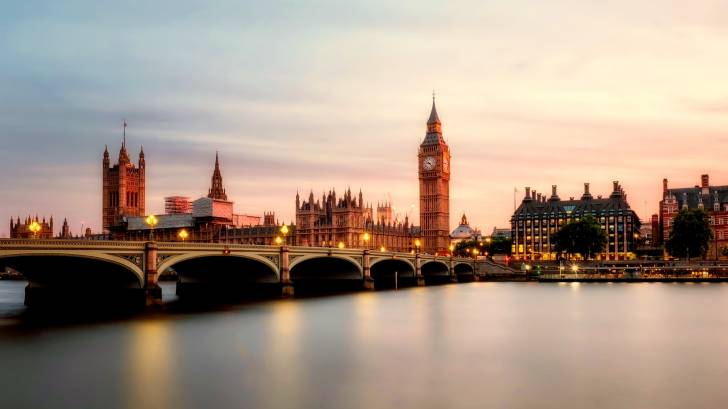 According to Public Health England (PHE), the World Health Organization (WHO) has determined that transmission of measles had been re-established in the United Kingdom.

Which means, the United Kingdom has lost its measles-free-status after 2-years.

This WHO decision was influenced by the number of measles virus cases reported in the UK during 2018 when 991 cases were confirmed in England and Wales.

This data compared with just 284 measles cases during 2017.

Furthermore, the same strain of measles virus (B3 Dublin) was detected for more than 12 months across 2017 and 2018.

A blog published on August 19, 2019, reviewed the reasons for the WHO’s change in the UK’s status, and ongoing efforts to protect the British population from the measles virus.

While coverage of the 1st dose of the measles-mumps-rubella (MMR) vaccine in the UK has reached the WHO target of 95 percent for children aged 5, coverage of the 2nd MMR dose is reported at 87.4 percent in 2018.

According to a recent report by UNICEF, more than 500,000 children in the UK were not vaccinated against measles between 2010 and 2017.

With the city of London scoring the lowest with measles vaccinations.

Since the measles virus is highly infectious, even small declines in MMR uptake can have an impact.

Furthermore, anyone who has not received 2 doses of MMR vaccine is at risk, particularly those traveling to countries affected by the ongoing, large outbreaks, such as the country of Ukraine and the state of New York in the USA.

To regain the measles-free-status, the NHS Long Term Plan includes a range of measures to maintain and increase the uptake of both MMR doses.

These include a fundamental review of the GP contract for vaccination and immunization and improved local coordination to support improving immunization coverage in each area which can help target those groups who have low uptake.

And, PHE continues to call for those who missed out on their MMR vaccination at the scheduled time to make an appointment now.

Moreover, a check of MMR status for 10 and 11-year olds has recently been added to the GP contract.

The recent Government Green Paper on prevention proposed a vaccine strategy in addition to the implementation of the existing Measles and Rubella Elimination Strategy.

The PHE blog concluded by saying ‘Losing the measles elimination status is a stark reminder of how important it is that every eligible person gets vaccinated.’

‘It provides an opportunity to raise awareness of the potential risks posed by measles, the importance of vaccination and timely reporting of suspected cases to limit further spread.’

To warn Americans visiting the UK, the Centers for Disease Control and Prevention (CDC) issued a Level 1 Travel Alert for the UK’s measles outbreak during June 2019.

"Most people born between 1957 and 1989 only received one in childhood.  It is very important to visit a travel health professional as soon as you make your travel plans," continued Tidwell.

Measles is caused by a highly contagious virus that is spread through the air by breathing, coughing, or sneezing. Signs and symptoms of measles include rash, high fever, cough, runny nose, and red, watery eyes, says the CDC.

And, the CDC updated it’s measles vaccination recommendations for international travelers on May 13, 2019, which are as follows:

In the USA, from January to August 15, 2019, there have been 1,203 individual cases of measles have been confirmed in 30 states. This is an increase of 21 cases from the previous week.

This is the greatest number of measles cases reported in the USA since 1992 and since measles was declared eliminated in 2000.

The measles outbreaks in London may be related to thousands of Breslov Hasidic Jews visiting the Ukrainian city of Uman in 2018, reported the New York Times.

Ukraine continues to be the unfortunate leader in Europe reporting measles cases during 2019.

Most pharmacies in the USA offer measles vaccines, such as MMR-II and ProQuad.

Additionally, the CDC says to check measles travel notices, which can be found at Travel Alerts, and pre-travel counseling sessions can be scheduled at Vax-Before-Travel.