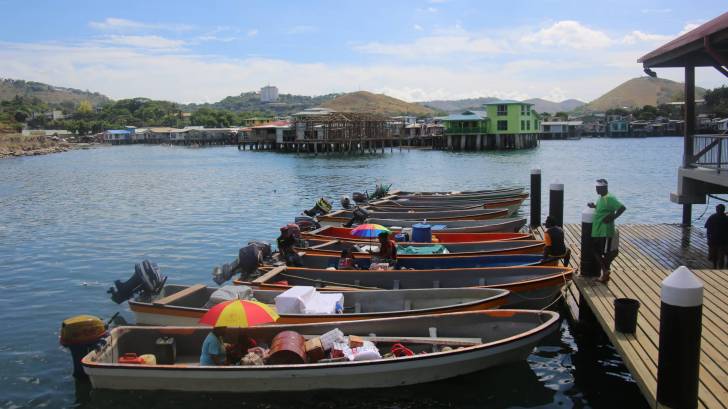 The US Department of State reissued its Travel Advisory for the Independent State of Papua New Guinea to include Level 3 area(s) and polio outbreak information.

The revised Level 2 ‘Exercise Increased Caution’ Travel Advisory published on October 9, 2019, warns visitors to Papua New Guinea that the U.S. government has limited ability to provide emergency services to U.S. citizens outside of Port Moresby. And, U.S. government employees must obtain special authorization before traveling to areas of concern, including Bougainville.

The Autonomous Government of Bougainville has designated areas as “no go zones" due to the risk of violence and civil unrest. And, the Bougainville police lack the resources to respond effectively to serious criminal incidents.

The State Department’s Level 3 ‘Reconsider Travel’ Advisory says visitors should be on alert in locations such as the following:

A major volcanic eruption occurred in June 2019, leading to widespread ashfall and the displacement of local communities. Smaller, but still significant, eruptions occurred in August and October 2019.

Papua New Guinea is a country of about 8 million residents in Oceania that occupies the eastern half of the island of New Guinea and its offshore islands in Melanesia, a region of the southwestern Pacific Ocean north of Australia.

Data from the International Visitor Survey shows that Papua New Guinea has a small pool of holiday visitors compared to its nearby neighbors and globally. Tourists made up around 25 percent of about 86,000 arrivals in 2017.

Previously, the UK’s Foreign and Commonwealth Office (FCO) advised on October 7, 2019, against all but essential travel to Hela and Southern Highlands provinces following significantly increased levels of tribal fighting and the declaration of states of emergency by the Papua New Guinea government.

And, there have been serious attacks and robberies along the Kokoda Trail. Although community leaders have assured tourists of their safety and well-being while walking the Kokoda Trail, avoid walking independently and only travel with guides from reputable travel companies.

Furthermore, the FOC says to ‘take great care when traveling in Bougainville, as a referendum on independence will take place during November and December 2019.’

If you decide to travel to Papua New Guinea, the U.S. State Department suggests:

From a health perspective, on August 21, 2019, the Centers for Disease Control and Prevention (CDC) released a Level 2 Travel Notice saying Papua New Guinea has launched a nationwide free vaccination campaign for children against 3 dangerous diseases: measles, rubella, and polio.

The integrated vaccination campaign follows confirmation of a polio outbreak in June 2018.

Children 6 months to 5 years old are to be injected with the measles-rubella vaccine, while children 0-5 years will be given the oral polio vaccine (OPV) regardless of previous vaccination status.

To date, more than 3.3 million children under 15 years old have received multiple doses of the polio vaccine during 2018-2019.

“We have made great progress, but the war against polio is not yet over -- we need to continue to work together to make sure every child is fully vaccinated," said Dr. Luo Dapeng, the World Health Organization Representative in Papua New Guinea.

Polio is a highly dangerous, infectious disease that permanently paralyzes or kills. Polio can be transmitted from an infected person through water or food that has been contaminated with fecal materials.

The CDC suggests international travelers check their polio immunization status with a healthcare provider before visiting these countries.

Additionally, the CDC says to ensure you are up-to-date on several Routine Vaccinations. This alert includes the measles vaccination and travel vaccinations, such as Hepatitis A and Typhoid.

Vaccines, like any medicine, can have side effects, says the CDC. You are encouraged to report vaccine side effects to a healthcare provider or the CDC.