Passengers diagnosed with virulent type of influenza A virus and pneumonia 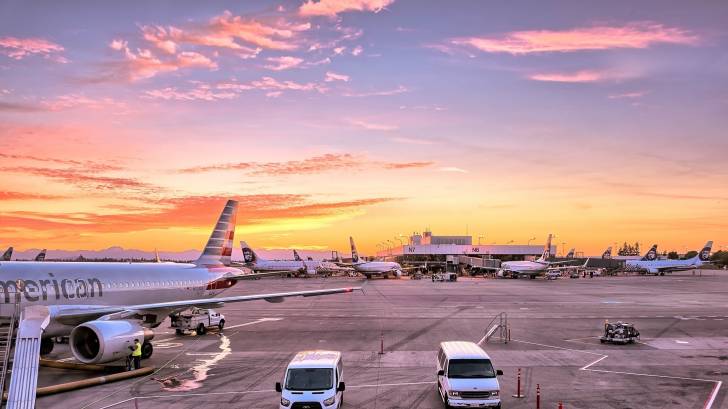 The travel health scares at USA airports involving inbound flights may be related to passengers who attended the Hajj, at the holy city of Mecca, Saudi Arabia, U.S. health officials told Reuters on September 7, 2018.

Dr. Martin Cetron, director for the division of Global Migration and Quarantine at the U.S. Centers for Disease Control and Prevention (CDC), told Reuters ‘that health officials evaluated nearly 549 passengers at John F. Kennedy International Airport in New York and sent a total of 11 people to a local hospital for more testing.’

‘Two of these flight passengers tested positive for an especially virulent type of influenza A virus, and one of the two, who was gravely ill with pneumonia, was co-infected with another respiratory virus,’ Dr. Cetron said.

‘Seven crew members, who boarded the flight in Dubai and did not attend the pilgrimage, tested negative for a number of respiratory infections of public health concern,’ Dr. Cetron confirmed.

‘Although unlikely, MERS was definitely a concern that the team needed to rule out. That was a low-probability, high consequence event that we wanted to rule out,” he said.

Moreover, the CDC says if you develop a fever and symptoms of respiratory illness within 14 days after traveling from countries in or near the Arabian Peninsula, you should call a healthcare provider and mention your recent international travel.

Previously, on August 3rd, 2018, the CDC updated their Watch, Level 1 Travel Alert for those participating in the Hajj.

The Hajj, which is from about August 19 to August 24, 2018, is an annual event which includes thousands of visitors from all over the world.

Before attending this gathering, both the CDC and the Ministry of Health in the kingdom of Saudi Arabia published updated vaccine requirements, which can be found at this page.