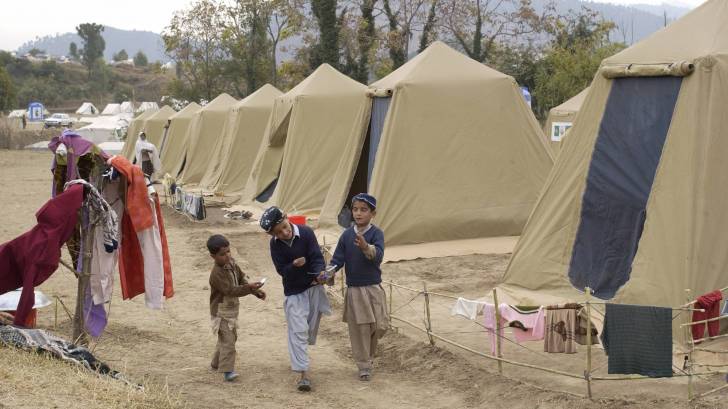 The worldwide effort to eradicate the poliovirus is nearly 20 years old, with some successes and continued challenges.

The Global Polio Eradication Initiative, the largest private-public partnership for health, says ‘polio survives only among the world's most marginalized communities, where it stalks the most vulnerable children.’

But, there is good news regarding the special polio vaccination campaign across the country of Pakistan.

The initial data reported on September 3, 2019, indicates that a total of 7.1 million Pakistani children have been successfully administered polio drops, which means they are protected against the poliovirus.

According to a press release issued from the National Emergency Operation Center, “dedicated efforts of polio teams have enabled the Pakistan Polio Eradication Program to reach millions of vulnerable children with much-needed vaccines.”

This press release further shared that out of 46 districts where the campaign was implemented, the ‘performance and leadership of Deputy Commissioners from districts Peshawar, Swabi, Lahore, Hyderabad, Quetta, and Nowshera were outstanding.’

Additionally, the ‘support of the Pakistan Army was found to be commendable and highly appreciated by the vaccination program.’

In a statement, the Prime Minister’s Focal Person on Polio Eradication, Babar Bin Atta, shared ‘that these polio campaigns are of crucial significance in Pakistan’s journey towards the finish line of polio eradication.’

He further emphasized that the program is focused on ‘the coverage of any missed child during each and every campaign.’

Pakistan’s efforts are important to stop the spreading of polio in 2019.

As of July 31, 2019, 11 countries had confirmed circulating vaccine-derived poliovirus type 2 (cVDPV2) outbreaks during 2019.

To alert international travelers, the US Centers for Disease Control and Prevention (CDC) has issued various polio outbreak alerts during August 2019, such as:

Additionally, the CDC says travelers going to countries with circulating VDPV who have completed their routine polio vaccine series, but who have not already received an adult booster dose, should consider a single lifetime inactivated poliovirus vaccine (IPV) booster dose.

Even if you were vaccinated as a child or have been sick with polio before, you may need a booster dose to make sure you are protected.

Furthermore, if you will be staying in these countries for more than 4 weeks, the government may require you to show proof of polio vaccination before you leave the country.

Most people with polio do not feel sick. And some people have only minor symptoms, such as fever, tiredness, nausea, headache, nasal congestion, sore throat, cough, stiffness in the neck and back, and pain in the arms and legs, says the CDC.

Because the poliovirus lives in the feces of an infected person, people infected with the disease can spread it to others when they do not wash their hands well after defecating.

People can also be infected if they drink water or eat food contaminated with infected feces.