November 6, 2019
Reaching the Last Mile Forum in November 2019 will focus international attention on the eradication of the world’s deadliest diseases 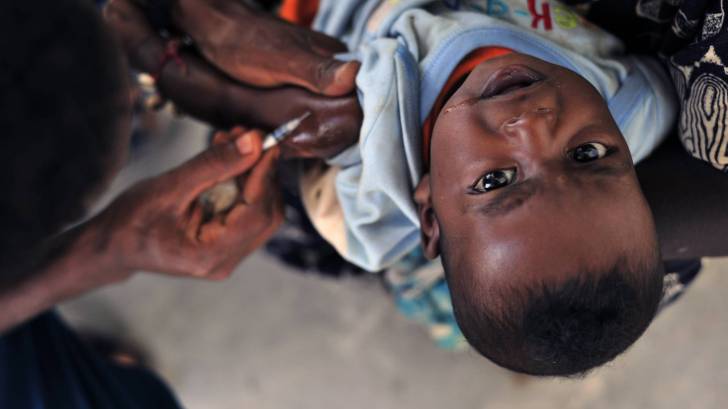 This announcement in a press release on November 5, 2019, means the UK, along with other donors, will help support more than 20 million health workers and volunteers to reach children with vaccines and other services.

This is important news since polio is a debilitating disease that mainly affects children under the age of 5, and can cause paralysis and related fatalities.

This new pledge increases the UK’s support to eradicate polio up to £1.7 billion since 1995. Thanks to global vaccination efforts, backed by the UK, more than 18 million people are currently walking who would otherwise have been paralyzed by the poliovirus.

This new UK funding runs from 2020 to 2023 and will help buy tens of millions of doses of polio vaccines, enough to vaccinate more than 750 children a minute.

During October 2019, the World Health Organization (WHO) announced another strain of polio had been eradicated, leaving just one strain left to eliminate.

Symptomatically, all 3 strains are identical, in that they cause irreversible paralysis or even death. But there are genetic and virologic differences that make these strains 3 separate viruses that must be eradicated individually.

The 3 individual and immunologically-distinct wild poliovirus strains are:

WPV3 is the second strain of the poliovirus to be wiped out. The last case of WPV3 was detected in northern Nigeria in 2012, reported the WHO.

The key to achieving a polio-free world will be the ongoing commitment of the international development community, says the WHO.

A sustained polio-free world would generate an additional US $14 billion in savings by 2050, compared to the cost countries would incur for controlling the virus.

To achieve this goal, the ‘Reaching the Last Mile’ (RLM) Forum in November 2019 will focus international attention on the eradication of the world’s deadliest diseases.

The biennial RLM Forum convenes global health leaders in the United Arab Emirates, to share insights and best practices on how to map out, eliminate and eradicate infectious diseases.

To be held on 19th November in Abu Dhabi, the RLM Forum will convene more than 250 global leaders and feature several major announcements.

To better inform international travelers of their polio risks, the US Centers for Disease Control and Prevention (CDC) publishes Travel Alerts for various countries. As of November 3, 2019, the CDC confirmed the poliovirus is an ongoing risk in (13) countries.

Since 1979, no cases of polio have originated in the USA.

The CDC recommends that all travelers to polio-affected areas be fully vaccinated against polio.

Even if you were vaccinated as a child or have been sick with polio before, you may need a polio vaccine booster dose to make sure you are protected, says the CDC.

Inactivated polio vaccine (IPV) is the only polio vaccine that has been given in the United States since 2000. IPV is given by a shot in the leg or arm, depending on the patient’s age.

The oral polio vaccine is used in other countries.

In the USA, there are various polio vaccines available, such as Kinrix and Pediarix.

As with any medicine, including vaccines, there is a chance of side effects. These are usually mild and go away on their own, but serious reactions are also possible.

Some people who get IPV get a sore spot where the shot was given. IPV has not been known to cause serious problems, and most people do not have any problems, says the CDC.