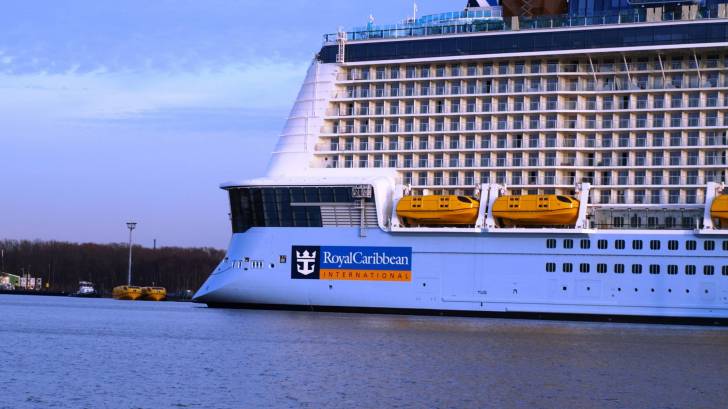 The causative agent for the 592 passengers with ‘stomach sickness’ on the ‘Oasis-of-the-Seas’ cruise ship voyage on January 6, 2019, has been confirmed as a ‘norovirus outbreak’.

The Centers for Disease Control and Prevention (CDC) reported on January 23, 2019, the following norovirus outbreak summary:

The CDC Vessel Sanitation Program requires a report when 2 percent or more of the passengers or crew have a gastrointestinal illness.

The cases reported are totals for the entire 'Oasis-of-the-Seas' voyage and do not represent the number of active gastrointestinal cases at any given port of call or at disembarkation.

Norovirus illness is not related to the seasonal flu, which is caused by the influenza virus.

If you have norovirus illness, you should drink plenty of liquids to replace fluid lost from vomiting and diarrhea. This will help prevent dehydration.

And, antibiotic drugs will not help because they fight bacteria, not viruses, says the CDC.

Currently, there is not any approved preventive vaccines targeting norovirus.

But, there are several candidate vaccines are in the development pipeline.

As an example, during July 2018, a biotechnology company announced positive results of a Phase 1 clinical trial with its norovirus oral tablet vaccine.

In response to the outbreak, Royal Caribbean International and the crew aboard the ‘Oasis-of-the-Seas’ cruise ship reported taking the following actions:

Norovirus is sometimes called the stomach flu or stomach bug. People with norovirus illness can shed billions of norovirus particles.

And only a few virus particles can make other people sick.

You can get norovirus illness many times in your life because there are many different types of noroviruses.

Infection with one type of norovirus may not protect you against other types.

It is possible to develop immunity to specific norovirus types. But, it is not known exactly how long immunity lasts.

This may explain why so many people of all ages get infected during norovirus outbreaks, says the CDC.

Noroviruses are classified into 7 different genogroups (GGI- GGVI) based on the viral capsid protein with GII.4 being the predominant strain causing human diseases.

A recent study’s results suggest that targeting these genogroups with vaccines may help reduce hospitalizations and mortality associated with norovirus.