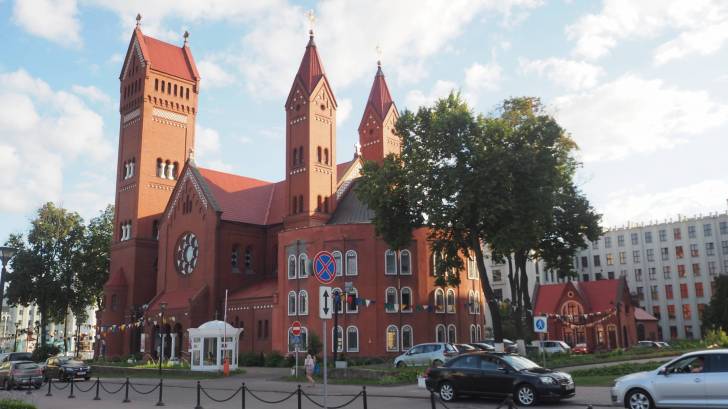 The Healthcare Ministry of Belarus said they have received a shipment of 100,000 doses of measles vaccines provided by Russia, BelTA reported.

This grant of measles vaccines is related to several measles outbreaks reported in Belarus recently.

And, vaccination is the most efficient way to stop the spread of infectious diseases, said this BelTA article.

"The Russian measles vaccine makes it possible for us to control the epidemiological situation, despite the high measles incidence rates and the complex epidemiological situation near our country’s borders," said Anna Popova, MD, Head of Russia’s Federal Service for Surveillance on Consumer Rights Protection and Human Well-Being and Chief State Sanitary, reported TASS.

Belarus is a landlocked country in Eastern Europe, with a population of over 9 million, whose capital is the city of Minsk.

The Ukrainian Health Ministry reported that 8 people had already died of measles in Ukraine during 2019. This total compares with 16 deaths related to measles in 2018.

The World Health Organization’s data show that Ukraine reported over 53,000 confirmed measles cases during 2018, which accounted for more than half of all measles cases in Europe.

Measles is highly contagious and spreads through coughing and sneezing. Measles starts with fever, runny nose, cough, red eyes, and sore throat. It’s followed by a rash that spreads over the body.

The US Centers for Disease Control and Prevention (CDC) says you should be up to date on routine vaccinations while traveling to Belarus.

Additionally, make sure you are up-to-date on routine vaccines before every trip. These vaccines include the measles-mumps-rubella (MMR) vaccine, diphtheria-tetanus-pertussis vaccine, varicella (chickenpox) vaccine, polio vaccine, and your yearly flu shot.

Some additional vaccines may be required for travel to specific countries.