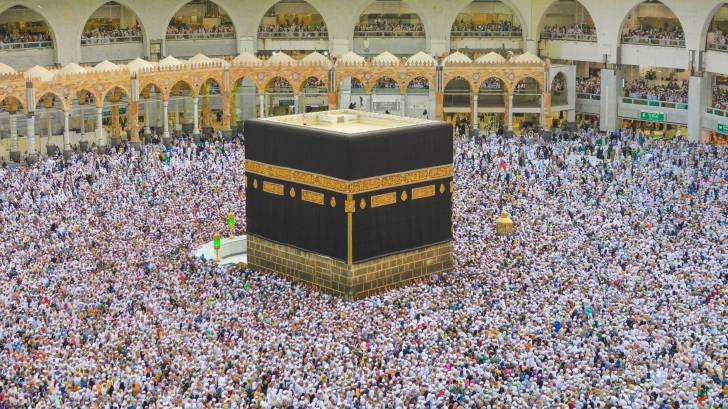 Authorities in the Kingdom of Saudi Arabia are deploying a new surveillance system enhancing the protection from communicable diseases during the 2019 Hajj pilgrimage.

Hajj is one of the largest and most ethnically and culturally diverse mass gatherings worldwide.

For the first time, the Global Centre for Mass Gatherings Medicines of the Saudi Ministry of Health is using the Health Early Warning System (HEWS), reported the World Health Organization (WHO) on August 10, 2019.

The HEWS system is being applied electronically in 17 hospitals and 96 health facilities in Makkah, Madinah, Mina, Arafat, and Mozdalefah, as of early August 2019.

The HEWS enables the early detection of and timely response to health threats and emergencies related to mass gatherings. This new system monitors clinical reporting to identify clusters of unusual health events.

HEWS deploys a mixture of syndromic and indicator-based surveillance, it is well adapted to spot the diarrhoeal diseases and respiratory infections, which are liable to occur due to crowding, variable living conditions, and poor hygiene.

The Kingdom has welcomed more than 1.8 million pilgrims from abroad so far through its major air, sea and land crossings. Pilgrims flocked to Mina on Friday 9 August 2019, to begin the official rituals of Hajj, followed by ascending to the holy mountain of Arafat, to perform the main hajj ritual.

The news so far this year has been encouraging.

A few days after the arrival of pilgrims for the hajj, several signals had been received through HEWS, but the investigation had determined that no exceptional interventions were required.

Developed in 2018 by the Ministry of Health Saudi Arabia in collaboration with WHO experts, HEWS was previously tested on a lower scale during the 2018 hajj season and proved effective.

The annual Islamic hajj pilgrimage is one of the world’s largest mass gathering events, bringing together around 2.3 million people from across the globe in the same place at the same time.

These health professionals initiated awareness-raising campaigns before and during the hajj and arranged with other countries to implement health screening/awareness before the start of the hajj season.

More pilgrims are expected before ascending to Arafat, in addition to around 500,000 Saudi and expatriate domestic pilgrims.

According to the US Centers for Disease Control and Prevention (CDC), Hajj and Umrah are religious pilgrimages to Mecca, Saudi Arabia. Islamic religious doctrine dictates that every able-bodied adult Muslim who can afford to do so is obligated to make Hajj at least once in his or her lifetime.

Hajj takes place from the 8th through the 12th day of the last month of the Islamic year (Dhul Hijah). The timing of Hajj varies with respect to the Gregorian calendar, occurring about 11 days earlier each successive year.

Muslims may perform Umrah, the “minor pilgrimage,” any time of the year; unlike Hajj, Umrah is not compulsory, says the CDC.

The CDC updated its Level 1 Travel Alert on May 31, 2019, saying those participating in the Hajj should be up-to-date on all Routine vaccines, especially the Measles-Mumps-Rubella(MMR).

The CDC says the measles virus is extremely contagious, and the crowded conditions during Hajj provide an ideal opportunity for measles transmission.

Additionally, the Saudi Ministry of Health recommends Hajj Vaccination Requirements Updated for 2019 that Hajj pilgrims confirm they have been vaccinated against these diseases:

Vaccines may cause side effects, which should be reported to a healthcare provider, or the CDC.