Barcelona, Spain Security Alert Issued by the US Department of State Embassy

October 15, 2019
Security Alerts issued for Spain by the US State Department 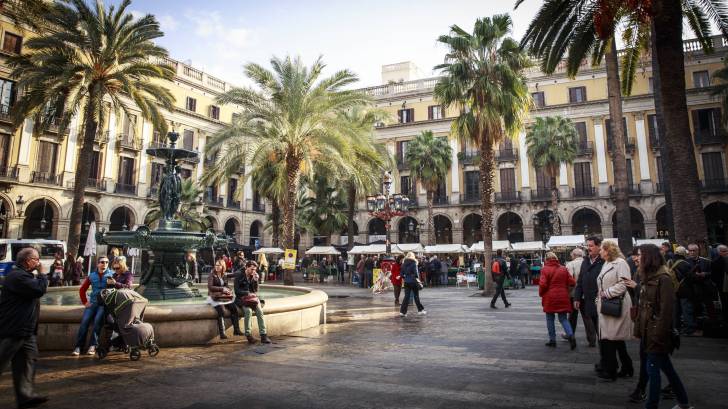 The US Department of State Embassy issued Security Alerts for the Kingdom of Spain regarding demonstration activity that has disrupted services and transportation around Barcelona’s El Prat airport, including closures of roads leading to the airport.

"The majority of the 45 canceled flights are actually derived from yesterday's (10/14/19) cancellations, which affected 110 flights," a spokesman for Spanish airport operator Aena told Reuters.

These US Embassy Security Alerts published on October 14, 2019, confirm media reports of conflicts between demonstrators and Spain’s law enforcement.

There have been large gatherings of people in Barcelona and other areas of the Catalonia region, in relation to political developments there.

This is important news since Spain received about 82.8 million foreign tourists in 2018.

According to the UK's Foreign Travel Advice, last updated on October 15, 2019, 'many people have their passports stolen while passing through airports, either on arrival in or departure from Spain. Take extra care to guard passports, money and personal belongings when collecting or checking in luggage at the airport, and while arranging car hire.'

Furthermore, 'in some city centers and resorts, thieves posing as police officers may approach tourists and ask to see their wallets for identification purposes. If this happens to you, establish that the officers are genuine and if necessary show some other form of ID. Genuine police officers in Spain don’t ask to see wallets or purses.'

According to the US Embassy's 'Demonstrations in Spain' website, Spain’s Government Delegation in Madrid has authorized the following demonstrations through October 18, 2019. This list is reported as ‘not comprehensive’.

The State Department says ‘Demonstrations are commonplace in Spain. They may range in number from a few people to several thousand. Prior police approval is required for public demonstrations, and police routinely provide oversight.’

‘Nonetheless, situations may develop which could pose a threat to public safety. Even demonstrations intended to be peaceful can turn confrontational and escalate into violence. Exercise caution when in the vicinity of any large gatherings, protests, or demonstrations.’

Previously, the US Department of State issued a Level 2 Travel Advisory for Spain during March 2019.

From a health perspective, new cases of Dengue Fever have been reported in Spain during September 2019. On September 16, 2019, the Catalonian Public Health Agency confirmed an autochthonous case of Dengue in a resident of Barcelonès county in Catalonia, Spain.

But, the probability of further local sustained transmission of Dengue remains very low, said the European Center for Disease Prevention and Control (ECDC) on October 1, 2019.

To alert international travelers, the US Centers for Disease Control and Prevention (CDC) issued a Level 1 Travel Alert regarding ‘Dengue in the Mediterranean’ on October 9, 2019.