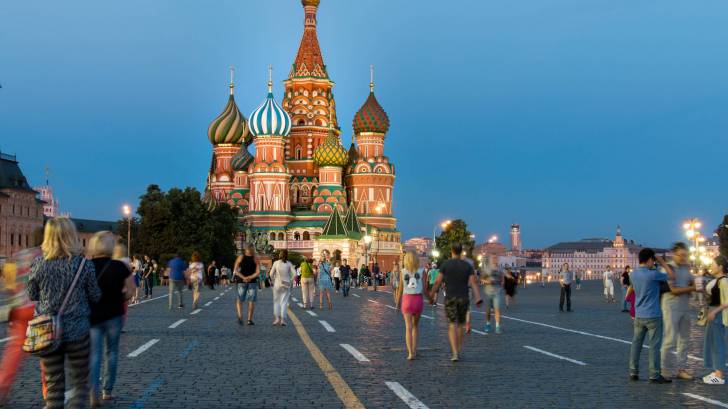 ‘Under-vaccination can lead to outbreaks of dangerous vaccine-preventable diseases,’ said the World Health Organization (WHO) in Europe.

A new WHO/Europe document announced on December 9, 2019, provides expanded guidance for identifying reasons for why some people are not vaccinated and tailoring interventions to remove the barriers they face.

The Tailoring Immunization Programmes (TIP) was developed by WHO/Europe as an approach to identify under-vaccinated groups and then to understand the barriers they face in getting immunized.

The aim of this document is that everyone has equitable access to the health protection offered by vaccines.

As an example, Kyrgyzstan, a country reporting high vaccination coverage, has faced over 2,000 measles cases during 2019.

This paradox is seen in many countries.

“Population groups with low vaccination uptake need to be considered, and their specific barriers to vaccination need to be understood and addressed. In the case of Kyrgyzstan, this is related to people migrating from rural to urban areas in pursuit of employment and income.”

In Kyrgyzstan, research conducted using the TIP approach helped health authorities to identify one of the root causes of the outbreak – an overlooked legislative barrier faced by people migrating from rural to urban areas in search of employment – and to take appropriate action to get vaccines to those who needed them most.

Barriers can emerge from a range of factors, such as health workers not being able to provide the support needed, inconvenient services, a lack of trust in health authorities, or legislation – as was the case in Kyrgyzstan.

Finally, interventions to increase uptake can be designed, and informed by insights from the research phase.

At the core of the TIP approach are:

The TIP approach is already bringing about real benefits for health systems across the WHO European Region, including 13 TIP projects that have worked with a range of groups, including vulnerable communities, vaccine-hesitant parents, and health workers.

Ms. Habersaat explains the tangible benefits of this method: “By understanding barriers and behaviors we are able to design interventions to increase vaccination uptake that target the actual problems people face. This can have untold benefits for health, including those who are marginalized or distrustful of health authorities for any reason.”

In the Kyrgyzstan example, a legislative review, conducted as part of a TIP project, revealed that the constitutional right to be vaccinated was hindered by other legislation requiring internal migrants to have a residence permit in their new location before they could register at a health facility.

Residence permits were not always easy to obtain for the most vulnerable internal migrants. To resolve this, a new Ministerial Order was adopted which clarifies the right to vaccination of urban migrants regardless of residence.

The training of health facility staff is also being conducted to ensure that no one is left behind.

The approach is not limited to certain population groups within society.

In Armenia, a TIP project focused on medical specialists, and the research study has led to the development of a vaccine demand strategy for health workers with seven targeted interventions.

Resources have now been mobilized to pilot some of these activities, including advocacy and engagement activities for and with health workers.

In the Federation of Bosnia and Herzegovina, where vaccination uptake is low, three comprehensive TIP studies were conducted.

A vaccine advocacy strategy is being developed, building on the behavioral insights gained to advocate for implementation and investment, and several interventions are being piloted or are planned.

A new recall and reminder system will be piloted and evaluated next year with WHO support.

To build capacity to implement the TIP approach in the Member States, WHO/Europe organizes an annual Behavioural Insights Summer School focused on vaccination. The course was developed in collaboration with the University of Erfurt, Germany.

An evaluation of this summer school showed that participants not only increased their knowledge and skills but were also able to apply what they learned in their own countries.

The TIP approach is also attracting interest from others around the world and has been applied in a diversity of countries, from Australia to Mauritania.

In October 2019, WHO/Europe supported the Australian Collaboration on Social Science and Immunisation in delivering the Behavioural Insights Summer School for participants from Australia and other countries in the WHO Western Pacific Region.

In addition, the TIP guidance document is currently being translated into Spanish by the Pan-American Health Organization with pilot projects planned in two South American countries in 2020.

TIP adaptations developed within WHO/Europe have extended beyond immunization to include antimicrobial resistance, and its core approach can be applied to a myriad of other health programs.

WHO Vaccine news published by Vax-Before-Travel