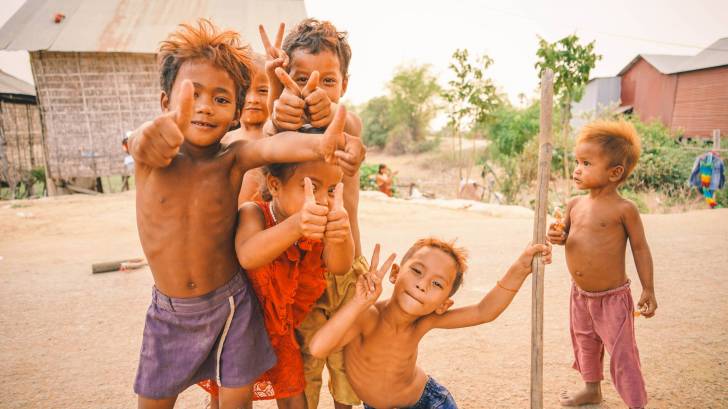 Based on extensive research and evaluations, the World Health Organization (WHO) is now recommending the typhoid conjugate vaccine (TCV) for infants and children over six months of age, in typhoid-endemic countries.

Typhoid disease is responsible for nearly 12 million infections and between 128,000 and 161,000 deaths a year, says the WHO.

Typhoid fever is a serious disease spread by contaminated food and water.

Symptoms of typhoid include lasting high fevers, weakness, stomach pains, headache, and loss of appetite. Some patients have constipation, and some have a rash. Internal bleeding and death can occur but are rare.

The WHO's Strategic Advisory Group of Experts (SAGE) on Immunization considered data on vaccine safety, efficacy, feasibility, and affordability. Based on its review, SAGE recommended TCVs for children over the age of six months.

"Studies have shown that the typhoid conjugate vaccine is safe, effective, and can provide protection for infants and children under two years of age, unlike the previously available typhoid vaccines," said Dr. Adwoa Bentsi-Enchill, medical officer of the Department of Immunization, Vaccines, and Biologicals at WHO.

The updated WHO position paper says where feasible, vaccine introduction should be accompanied by catch-up vaccination campaigns for children up to 15 years of age in endemic countries.

Additionally, TCV was also recommended as a response to confirmed typhoid outbreaks and for specific groups of people at high risk or with high transmission potential, including travelers from non-endemic to endemic areas.

In the USA, the Centers for Disease Control and Prevention (CDC) has issued Typhoid alerts for various countries.

Dr. Kathy Neuzil, director of the Center for Vaccine Development at the University of Maryland School of Medicine said, "These WHO recommendations are a vital step to delivering TCVs to those who need them most and relieving the pressure on public health systems tasked with treating drug-resistant strains."

The first TCV, Typbar-TCV, achieved WHO prequalification in December 2017, a critical step allowing WHO, the United Nations Children's Fund, and other United Nations procurement agencies to purchase the vaccine.

The Sabin Vaccine Institute's Coalition against Typhoid has led efforts to prevent typhoid and other invasive salmonelloses through research, education, and advocacy. In October 2017, the Coalition joined forces with the Typhoid Vaccine Acceleration Consortium (TyVAC) to Take on Typhoid.

In the USA, there are two Typhoid vaccines available which are only 50%-80% effective, says the CDC.

One is an inactivated (killed) vaccine gotten as a shot, and the other is a live, attenuated (weakened) vaccine, which is taken orally.