+ 1
June 3, 2020
US Department of Transportation says China and USA flights to be discontinued 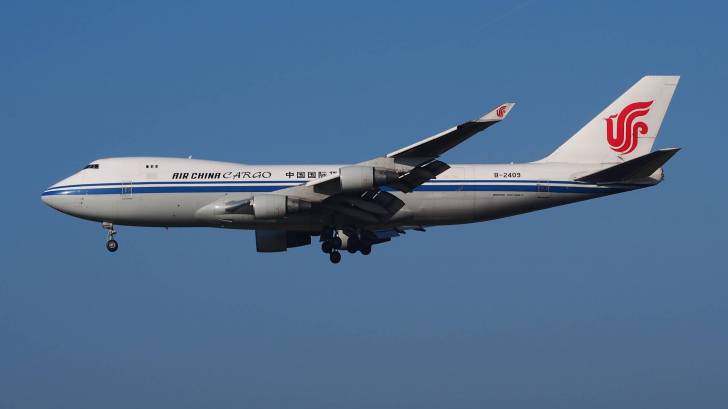 The U.S. Department of Transportation (DOT) announced it planned to block Chinese airlines from flying into or out of the USA after the Chinese government effectively prevented U.S. based airlines from resuming service between the countries.

These flights were originally discontinued to reduce the spreading of the SARS-CoV-2 coronavirus, which causes COVID-19 disease in humans.

This DOT order will become effective on June 16, 2020, unless effective sooner, pursuant to Ordering Paragraph #2.

In January 2020, American and Chinese airlines operated about 325 weekly flights between the countries.

By mid-February, only 20 flights remained active, all of them operated by Chinese airlines, reported the DOT.

On March 26, 2020, the Civil Aviation Authority of China (CAAC) issued a “Notice on Further Reducing International Passenger Flights during the Epidemic Prevention and Control Period” (“the CAAC Notice”), which provides that Chinese airlines could maintain just 1-weekly scheduled passenger flight to any given country.

The Government of the United States of America (USG) has repeatedly raised with the CAAC its objections to the CAAC Notice and its inconsistency with the Agreement.

During a call on May 14, 2020, the Department addressed with the CAAC the inability of U.S. carriers to resume scheduled passenger service and exercise their full bilateral rights, emphasizing that the CAAC Notice established restrictions for the U.S. carriers that are inconsistent with the Agreement.

In response, the CAAC informed the Department that China is considering removing the March 12 schedule pre-condition; however, the restriction to once-weekly service on one route to China would remain in place.

On May 25, 2020, the CAAC submitted a letter to the Department asserting that its Notice is not inconsistent with the Agreement because its provisions “equally apply to all domestic and foreign carriers, being fair, equal, and transparent.”

The CAAC says it does not “wish to be obliged to respond by taking countermeasures on U.S. carriers” and urges the Department to revoke its order.

Meanwhile, the CAAC remains unable to communicate definitively to the Department a time at which its Notice will be revised to allow U.S. carriers to reinstate scheduled passenger flights.

In conclusion, the DOT commented: ‘Our overriding goal is not the perpetuation of this situation, but rather an improved environment wherein the carriers of both parties will be able to exercise fully their bilateral rights.’

‘Should the CAAC adjust its policies to bring about the necessarily improved situation for U.S. carriers, the Department is fully prepared to revisit the action it has announced in this order.’

Previously, on February 2, 2020, the U.S. Department of State issued a Level 4 Travel Advisory for China.

Update: As discussed, the U.S. Department of Transportation is modifying the decision reached in Order 2020-6-1 to permit Chinese carriers to operate, in the aggregate, a total of two weekly round-trip scheduled passenger flights to and from the United States, an aggregate level of scheduled passenger services that would be equivalent to that permitted by Chinese aviation authorities for U.S. carriers. This order will be effective immediately, June 5, 2020.