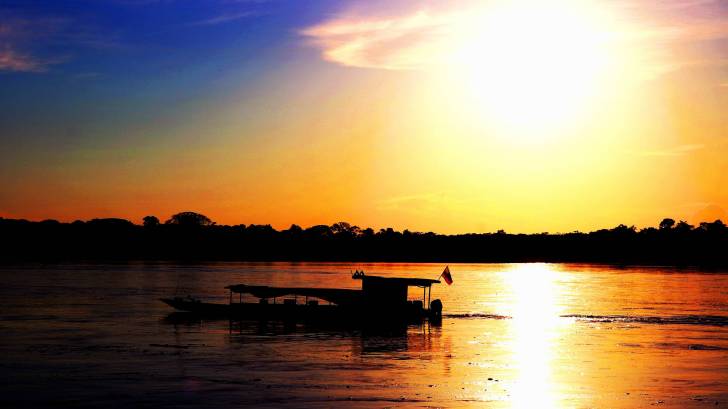 The U.S. Embassy and Consulate in the Republic of Ecuador published a Demonstration Update on October 17, 2019, which ‘recommends that all U.S. citizens continue to exercise increased caution and remain vigilant as demonstrations could occur again in any location in Ecuador, with little to no warning.’

‘Streets and roads throughout the country, including key routes to the Quito airport, are open. Public transportation and schools have resumed, and stores have reopened and restocked.’

‘As conditions improve, U.S. Mission personnel in both Quito and Guayaquil are being advised they may resume inter-provincial and inter-city travel while exercising increased caution.’

‘The Embassy is closely following announcements that the curfew imposed for Quito ended effective October 14th, although this may be a temporary measure.’

But, ‘the northern provinces of Sucumbios, Carchi, and from the coastal city of Esmeraldas in the north, remain a “do not travel” zone.’

Additionally, the U.S. Embassy posted an Emergency Message for U.S. citizens on October 16th, saying ‘The U.S. Mission in Ecuador reminds U.S. citizens of the importance of preparing for potential crises before they occur. Don’t delay – prepare today to be ready tomorrow.’

This is unfortunate news since Ecuador welcomed nearly 1.6 million tourists in 2017. Ecuador has about 16 million residents, and it also includes the Galápagos Islands, which are located in the Pacific Ocean.

Previously, the U.S. Department of State reissued its Level 2 Travel Advisory for Ecuador, which included additional ‘Do Not Visit’ warnings, on October 9th, 2019.

Separately, the UK’s Foreign and Commonwealth Office (FCO) updated its Travel Advisory on October 16, 2019, saying ‘In light of nationwide disruption and demonstrations since October 3rd, the FCO now advises against all but essential travel to Ecuador, and reminds visitors that the State of Emergency remains in place until November 3, 2019.’

But, this new UK Advisory excludes the Galapagos Islands.

In a related advisory, the Canadian government updated its Ecuador Travel Advisory on October 18, 2019, saying to take normal security precautions when visiting the Galápagos Islands, as well as in Quito and Guayaquil airports, while transiting to and from the islands.

If you decide to travel to Ecuador, the U.S. Department of State suggests:

U.S. citizens can request assistance while in Ecuador at these locations:

From a health perspective, the U.S. Centers for Disease Control and Prevention (CDC) said to ensure you are up-to-date on several Routine Vaccinations. This Travel Alert includes the measles vaccination since Ecuador is included in the CDC’s worldwide measles alert issued during June 2019.

Additionally, the CDC suggests additional travel vaccinations, such as Hepatitis A and Typhoid.

If you need to be vaccinated before your trip, you may need to travel some distance and schedule your appointment well in advance, says the CDC.

These vaccines and related medications can be found at most travel pharmacies in the USA.  Pre-trip, vaccination counseling appointments can be scheduled at Vax-Before-Travel.

Travel news is published by Vax-Before-Travel