124 US Citizens Returned From El Salvador Amid COVID-19 outbreak 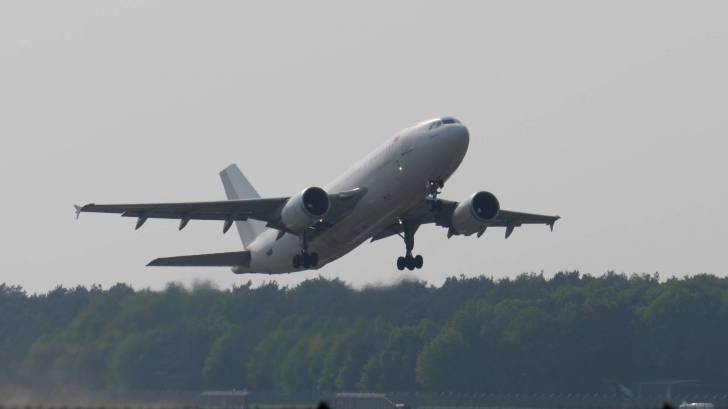 The U.S. Department of State announced it facilitated the return home of a total of 124 U.S. citizens on the return leg of a flight from the Central America country of El Salvador.

At present, the Department of State is making every effort to assist U.S. citizens overseas who wish to return to the United States.

On April 6, 2020, U.S. citizens occupied the Space Available seats on an ICE Air Operations flight to the USA.

The transportation of U.S. citizens was in accordance with the OMB Circular A-126 and the DHS MD 0020.1.

The US Immigrations and Customs Enforcement (ICE) division said it ‘will continue to work with the State Department to enable the safe return of U.S. citizens throughout the duration of the COVID-19 pandemic.'

'Our teams are printing emergency passports to get these folks back. We call hotels, make arrangements for flight crews, and provide letters for safe passage. The list goes on and on. It’s truly great work by the U.S. Government on behalf of the American people,' said a Tweet by the US Secretary of State Pompeo.

These ICE return operations have started to expand from Guatemala, Honduras, and El Salvador to other countries outside of the Northern Triangle, including Colombia and Nicaragua.

As an example, on April 1st, the U.S. Department of State brought home a total of 69 U.S. citizens and lawful permanent residents on the return leg of a flight via ICE Air Operations from Nicaragua and Honduras.

The State Department statement on April 7, 2020, says ‘in countries where commercial departure options remain available, U.S. citizens should arrange for an immediate return to the USA by a commercial carrier unless they are prepared to remain abroad for an indefinite period.'

Furthermore, U.S. citizens and legal permanent residents will be permitted to return from the United Kingdom, Ireland, and the European Schengen area.

The Department of Homeland Security has issued instructions requiring U.S. passengers that have been in the United Kingdom, Ireland and the Schengen area to travel through select airports where the U.S. Government has implemented enhanced screening procedures.

For additional information, see the US Department of State Frequently Asked Questions.