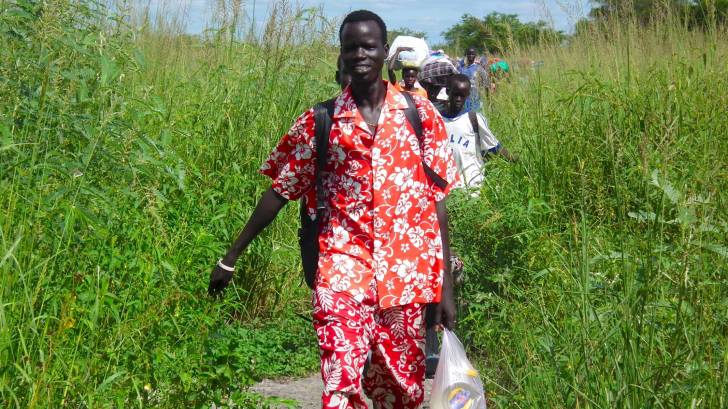 The vaccine’s producer, Merck, has given 2,160 doses of the vaccine candidate V920 (rVSV-ZEBOV) as part of preparedness measures to fight the spread of the Ebola disease, said the World Health Organization (WHO) in a press release on January 28, 2019.

This preventive effort is in reaction to South Sudan’s neighboring country the Democratic Republic of the Congo (DRC), which is now experiencing its 10th Ebola outbreak.

The current outbreak began during August 2018. Since then, the WHO has reported that 61 health workers in DRC have been infected with Ebola, and 21 of those workers have died.

The DRC has already screened nearly 1 million people, and more than 66,000 people have been vaccinated with V920.

Additionally, WHO officials have reported 733 people have been infected and 459 people have died in this Ebola outbreak.

Dr. Matshidiso Moeti, WHO Regional Director for Africa, said: “WHO is investing a huge amount of resources into preventing Ebola from spreading outside DRC and helping governments ramp up their readiness to respond should any country have a positive case of Ebola.”

In particular, WHO has helped train 60 health workers in good clinical practice principles and protocol procedures to administer the yet-to-be-licensed Ebola vaccine.

To detect any travelers from the DRC entering South Sudan who may be infected with the Ebola virus, the Ministry of Health has established 17 screening points.

Previously, the country of Uganda began vaccinating its front-line workers in November 2018. So far, more than 2,600 health workers in eight high-risk districts have been immunized.

And, Rwanda also plans to vaccinate its front-line responders, said the WHO.

The yet-to-be-licensed rVSV-ZEBOV vaccine has been shown to be highly protective against the Zaire strain of the Ebola virus in a major trial.

Though not yet commercially licensed, the v920 vaccine is being provided under what is known as “compassionate use”.

To increase awareness amongst Americans, the US Centers for Disease Control and Prevention (CDC) upgraded its Travel Alert rating to Level 2, Practice Enhanced Precautions, regarding the Ebola outbreak in Africa, during October 2018.

Experimental vaccines, such as v920, can have side effects, says the CDC. Anyone experiencing issues is encouraged to report side effects of vaccines to the FDA or CDC.