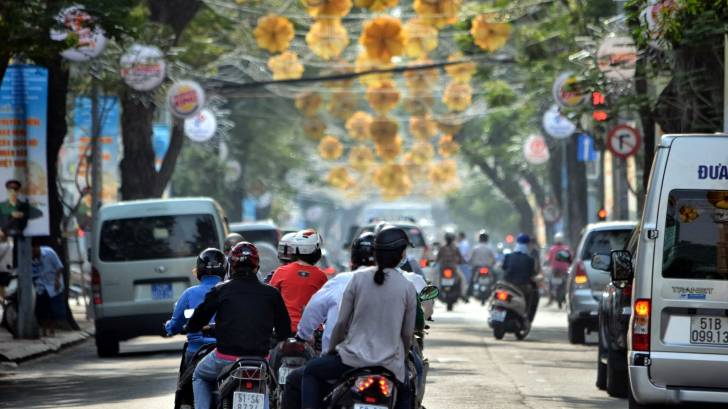 According to the Vietnam National Institute of Hygiene and Epidemiology (NIHE), a Hanoi hospital has reported a chickenpox outbreak in adults.

This news alert said ‘The Bach Mai hospital has received hundreds of adults with chickenpox, including dozens with severe complications, such as skin infections, pneumonia, encephalitis, leading to high risk of death.’

Previously on March 5, the Vietnam Health Preventive Department of Health Ministry reported nearly 40,000 chickenpox cases during 2017 and 8,000 cases already in 2018.

As of May 21, 2018, neither the US Centers for Disease Control and Prevention (CDC) the US State Department nor the World Health Organization (WHO) has issued travel alerts for Vietnam regarding chickenpox.

Chickenpox is a very contagious disease caused by the varicella-zoster virus (VZV), a herpesvirus belonging to the subfamily of Alphaherpesviridae. Chickenpox usually does not develop as soon as the virus enters and incubates for up to 15 days.

Chickenpox causes a blister-like rash, appearing on the stomach, back and face and can spread over the entire body causing between 250 and 500 itchy blisters.

As of 2017, only 91.8 percent of school-age children were reported to have been vaccinated for chickenpox.

The varicella zoster immune globulin product licensed for use in the United States is VariZIG™. VariZIG should be given as soon as possible after exposure.

Additionally, the Measles, Mumps, Rubella & Varicella (MMRV) vaccine may be given to children 12 months through 12 years of age. The MMRV is not licensed for people 13 years of age or older.

People who do not have evidence of immunity to chickenpox should get a first or second dose of chickenpox vaccine as appropriate.

A third dose of MMR might be recommended in certain mumps outbreak situations, says the CDC.

The CDC says do not use aspirin or aspirin-containing products to relieve fever from chickenpox. The use of aspirin in children with chickenpox has been associated with Reye’s syndrome, a severe disease that affects the liver and brain and can cause death.

In the USA, a local healthcare provider is the best source for chickenpox prevention and treatment information.