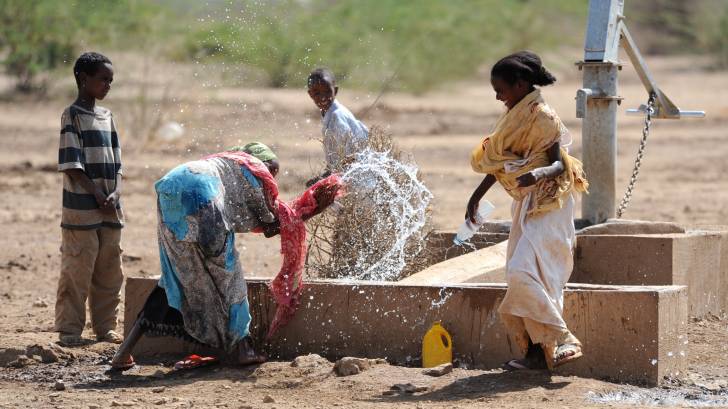 This vaccination campaign will launch in late June 2019 and will reach more than 650,000 people over 1 year of age, and should help prevent recurring cholera outbreaks in Somalia’s 14 million residents.

Since the current cholera outbreak began in January 2019, Somalia has reported 1,041 cases of suspected cholera, including 1 related death.

The use of OCV in combination with access to safe water, sanitation and hygiene will help to eliminate the risk of recurrent cholera outbreaks in Somalia.

“No one should die of cholera in the 21st century. It remains our collective responsibility to save lives and end cholera in Somalia” said Dr. Mamunur Rehman Malik, the World Health Organization (WHO) Representative in Somalia, in a press release on June 22, 2019.

“We remain committed to keeping the country free from future cholera outbreaks.”

In most industrialized countries, such as the USA, cholera is generally not a significant health issue, says the WHO.

The bacterium Vibrio cholerae kills by causing an infection that produces acute diarrhea, which in turn causes massive dehydration and the rapid loss of vital electrolytes such as potassium, sodium, and chloride.

In conjunction with hydration, treatment with antibiotics is recommended for severely ill patients. It is particularly recommended for patients who are severely or moderately dehydrated and continue to pass a large volume of stool during rehydration treatment, says the WHO.

Antibiotic treatment is also recommended for all patients who are hospitalized.

Diarrhoeal diseases are a major source of preventable morbidity and mortality, however, in 2015 these diseases claimed the lives of more than 1·3 million people, of whom 499,000 were children younger than 5 years of age, says the WHO.

The global cholera vaccine stockpile is managed by the Global Task Force on Cholera Control, which decides on which OCV is used in non-emergency settings, and the International Coordinating Group, which decides on outbreak response.

The Advisory Committee on Immunization Practices voted to approve the Vaxchora vaccine for US adults 18 – 64 years old who are traveling to an area of active cholera transmission.

Vaxchora has been reported to reduce the chance of severe diarrhea in people by 90 percent, within 10 days after vaccination.

Three other oral inactivated, or non-live cholera vaccines are WHO approved and available outside the US: Dukoral, ShanChol, and Euvichol-Plus/Euvichol.

However, no country or territory currently requires vaccination against cholera as a condition for entry reports the WHO.

Somali health authorities and the WHO are conducting the cholera vaccination campaign with the support of the United Nations Children’s Fund, Gavi, the Vaccine Alliance, and the Global Task Force for Cholera Control.

In addition to this cholera campaign, there is a polio outbreak in Somalia. And, the Centers for Disease Control and Prevention (CDC) recommends that all travelers to Somalia be vaccinated fully against polio.

Furthermore, adults who completed their routine polio vaccine series as children should receive a single, lifetime adult booster dose of polio vaccine. The current outbreak in Somalia is caused by vaccine-derived poliovirus, a sign of low polio vaccine coverage in the country.

Vaccines, like any medicine, can have side effects. You are encouraged to report negative side effects of vaccines to your healthcare provider or the CDC.