+ 2
January 7, 2020
WHO committee strongly supports the development and proposed Emergency Use Listing of a novel OPV2 polio vaccine 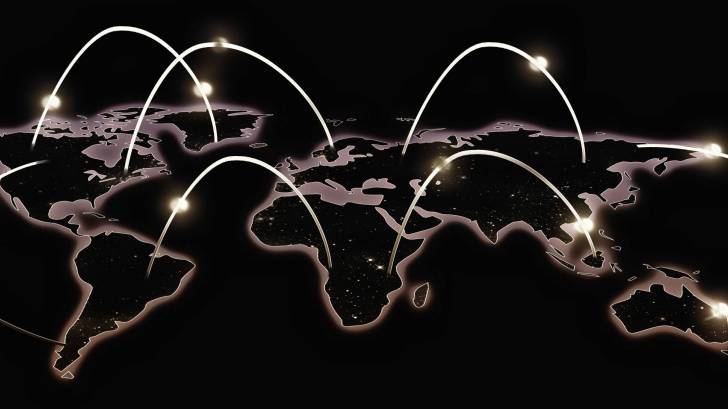 The 23rd meeting of the World Health Organization (WHO) Emergency Committee under the International Health Regulations (IHR) regarding the spreading of poliovirus was convened on December 11, 2019, to address ongoing polio outbreaks in various countries.

Announced in a press release on January 7, 2020, the Emergency Committee reviewed the data on wild poliovirus (WPV1) and circulating vaccine-derived polioviruses (cVDPV) from various countries, which is as follows:

The Committee remains gravely concerned by the significant increase in WPV1 cases globally reaching 113, as of December 11, 2019, compared to 28 for the same period in 2018.

In Pakistan transmission continues to be widespread, as indicated by both AFP (acute flaccid paralysis) surveillance and environmental sampling. Khyber Pakhtunkhwa province continues to be of particular concern.

The issues noted previously by the Committee, including the refusal by individuals and communities to accept vaccination, and problems with the politicization of the national polio program are still being addressed.  Added pressure is now on the program due to confirmation of the detection of cVDPV2 in several Pakistan provinces.

The Committee noted that based on the sequencing of viruses, there were recent instances of international spread of viruses from Pakistan to Afghanistan and also from Afghanistan to Pakistan.

The recent increased frequency of WPV1 international spread between the two countries suggests that rising transmission in Pakistan and Afghanistan correlates with increased risk of WPV1 exportation beyond the single epidemiological block formed by the two countries.

In Afghanistan, the risk of a major upsurge of cases is growing, with other parts of the country that have been free of WPV1 for some time now, are at-risk of outbreaks. This would again increase the risk of international spread.  Major efforts must be made to improve access if eradication efforts are going to progress.

The Committee noted the continued cooperation and coordination between Afghanistan and Pakistan, particularly in reaching high-risk mobile populations that frequently cross the international border and welcomed the all-age vaccination now being taken at key border points between the two countries.

In Nigeria, there has been no WPV1 detected for 3 years, and it is possible that the African Region may be certified WPV free in 2020.  The certification of WPV3 eradication was also welcomed by the committee and underlines that polioviruses can be eradicated.

The rapid emergence of multiple cVDPV2 strains in several countries is unprecedented and very concerning, and not yet fully understood.

Since the last meeting, cVDPV2 has spread through West Africa and the Lake Chad area, reaching Cote d’Ivoire, Togo, and Chad, and cVDPV1 has spread from the Philippines to Malaysia.

The Committee strongly supports the development and proposed Emergency Use Listing of the novel OPV2 vaccine which should become available mid-2020, and which it is hoped will result in no or very little seeding of further outbreaks.

In conclusion, the Committee unanimously agreed that the risk of international spread of poliovirus remains a Public Health Emergency of International Concern (PHEIC) and recommended the extension of Temporary Recommendations for a further 3 months.

The committee recognizes the concerns regarding the lengthy duration of the polio PHEIC but concludes that the current situation is extraordinary, with clear ongoing risk of international spread and ongoing need for a coordinated international response.

The Committee considered the following factors in reaching this conclusion:

The Committee provided the Director-General with the following advice aimed at reducing the risk of international spread of WPV1 and cVDPVs, based on the risk stratification as follows:

Criteria to assess States as no longer infected by WPV1 or cVDPV:

Once a country meets these criteria as no longer infected, the country will be considered vulnerable for a further 12 months.  After this period, the country will no longer be subject to Temporary Recommendations, unless the Committee has concerns based on the final report.

States infected with WPV1, cVDPV1 or cVDPV3 with the potential risk of international spread are as follows:

States infected with cVDPV2s, with potential or demonstrated risk of international spread:

States no longer infected by WPV1 or cVDPV, but which remain vulnerable to re-infection by WPV or cVDPV:

Based on the current situation regarding WPV1 and cVDPV, and the reports provided by affected countries, the Director-General accepted the Committee’s assessment and on December 19, 2019, determined that the situation relating to poliovirus continues to constitute a PHEIC, with respect to WPV1 and cVDPV.

Polio, or poliomyelitis, is a disabling and life-threatening disease caused by the poliovirus. The virus spreads from person to person and can infect a person’s spinal cord, causing paralysis, says the US Centers for Disease Control and Prevention (CDC), as of October 24, 2019.

For best protection, children should get 4 doses of the Inactivated Polio Vaccine (IPV). This vaccine is given as a shot in the arm or leg and is very safe.

Even if you were previously vaccinated, you may need a 1-time booster shot before you travel anywhere that could put you at risk for getting polio. A booster is an additional dose of vaccine to ensure the original vaccine series remains effective.

The CDC previously issued polio-related travel alerts during 2019 for various countries in Africa, Asia, and Oceania.

The CDC says ‘to see your healthcare provider for more polio vaccination information.’