Chad travel advisory updated by the US State Department 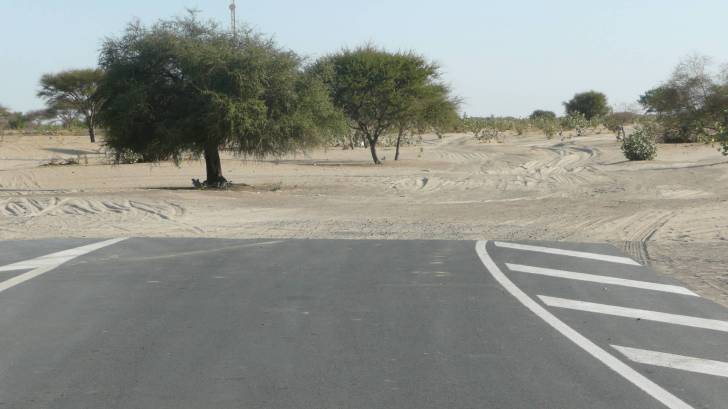 A Level 3 Travel Advisory has been reissued for the Republic of Chad by the U.S. Department of State.

This ‘Reconsider Travel Advisory’ was published on October 2, 2019, related to civil unrest in Chad.

The U.S. Government says ‘it has extremely limited ability to provide emergency services to U.S. citizens in Chad as U.S. Government employees must obtain special authorization to travel outside the capital of N'Djamena, including the Lake Chad Basin, where a state of emergency remains in place.’

The U.S. Embassy in Ndjamena is located at Rond-Point Chagoua, B.P. 413, N’Djamena, Chad.

During August 2019, the Government of the Republic of Chad declared a state of emergency in Ouaddaï and Sila provinces due to ongoing intercommunal violence.

Furthermore, there are unmapped and undocumented minefields in Chad along the borders with the neighboring countries of Libya and Sudan.

Chad is a landlocked country in north-central Africa with a population of 14.9 million residents. Chad is bordered by Libya to the north, Sudan to the east, and the Central African Republic to the south.

Recently, the U.S. State Department issued Travel Advisories for countries near Chad, such as:

If you decide to travel to Chad, the U.S. State Departement suggests the following action items:

Previously, on August 20, 2019, the U.S. Centers for Disease Control and Prevention (CDC) said to ensure you are up-to-date on several Routine Vaccinations before visiting Chad.

Additional vaccinations are suggested by the CDC for Polio, Hepatitis A, Typhoid, and Malaria.

Furthermore, a measles vaccination is important since Chad is included in the CDC’s worldwide measles alert issued during June 2019.

And, if you are traveling from a country with a risk of the Yellow Fever virus transmission and are older than 1 year of age, proof of a Yellow Fever vaccination may be required for entry and/or departure from Chad.

The Yellow fever vaccine, Stamaril, has limited availability in the United States. If you need to be vaccinated before your trip, you may need to travel some distance and schedule your appointment well in advance.

These vaccines and related medications can be found at most travel pharmacies in the USA. Pre-trip, vaccination counseling appointments can be scheduled at Vax-Before-Travel.