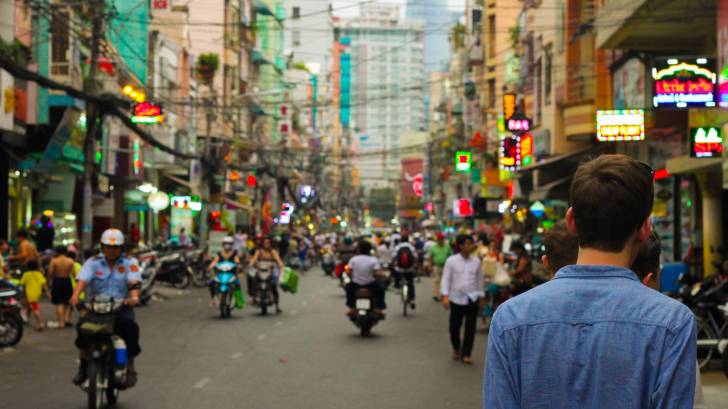 The US State Department has issued a Level 2, Exercise Increased Caution, alerting Americans when visiting China to arbitrary enforcement of local laws, on January 3, 2018.

Additionally, this Travel Advisory says there are ‘special restrictions on dual U.S.-Chinese nationals.’

In most cases, U.S. citizens only become aware of the exit ban when they attempt to depart China, and there is no method to find out how long the ban may continue. U.S. citizens under exit bans have been harassed and threatened.

According to the State Department, China uses exit bans coercively:

Extra security measures, such as security checks and increased levels of police presence, are common in the Xinjiang Uighur and Tibet Autonomous Regions. Authorities may impose curfews and travel restrictions on short notice.

U.S.-Chinese citizens and U.S. citizens of Chinese heritage may be subject to additional scrutiny and harassment, and China may prevent the U.S. Embassy from providing consular services.

If you decide to travel to China, the US State Department says::

U.S. citizens who travel abroad should always have a contingency plan for emergency situations, such as this State Department Traveler’s Checklist.

Previously, on March 7, 2018, the US Centers for Disease Control and Prevention (CDC) published a Travel Alert, Level 1, regarding the Avian Flu (H7N9) outbreak in China.

As of January 2017, Chinese health authorities had confirmed 460 human cases of avian influenza A (H7N9) to the World Health Organization.

Additionally, during March 2018, the CDC said visitors to China should make sure they are up-to-date on routine vaccinations, such as diphtheria-tetanus-pertussis, varicella, polio, and an annual flu shot.

Moreover, certain visitors to China may need hepatitis A and typhoid vaccinations.

And, if you are traveling to China from a country currently confronting a yellow fever outbreak, a related vaccination may be required prior to entry.

In the USA, these vaccines and others are available at certified travel vaccination pharmacies and clinics.

Pre-departure vaccination counseling appointments can be easily scheduled at Vax-Before-Travel.