US Embassy Security Alert Issued for the Republic of Haiti 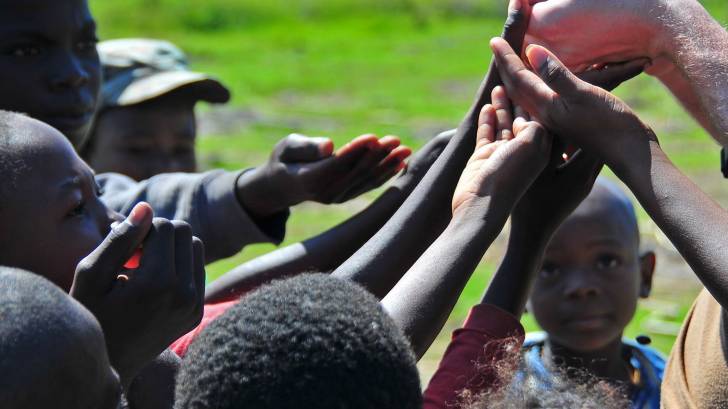 The U.S. Embassy in Haiti issued a Security Alert regarding possible protests in the Tabarre commune in the Port-au-Prince Arrondissement, in the Ouest department of Haiti.

This October 18, 2019, Alert suggests visitors to Haiti ‘avoid the Tabarre area and any large gatherings of people. Furthermore, do not attempt to drive through roadblocks, and if you encounter a roadblock, turn around and get to a safe area.’

Separately, Chris Bessey, Catholic Relief Services (CRS)’ representative for Haiti, said in an October 17, 2019, statement, “There is an overwhelming sense of panic that’s growing by the day.”

“Due to the political turmoil, there is a deficiency in basic necessities such as fuel and sanitary water. This has closed down hospitals, orphanages, and schools.”

“Roads are closed, and children are out of school. We are on the edge of yet another humanitarian disaster if the unrest continues unabated,” concluded Bessey.

This is important news since the United Nations peacekeeping mission in Haiti ended on October 15th.

But, the Secretary-General reaffirms the UN's continued commitment to supporting the people of Haiti on the road to peace and development. The UN Integrated Office in Haiti, which began operations on October 16th, will integrate its activities to support national efforts aimed at achieving the implementation of the 2030 Agenda for Sustainable Development.

Haiti has a population exceeding 10 million residents and is a Caribbean country that shares the island of Hispaniola with the Dominican Republic to its east. And, Haiti welcomed almost 1.3 million tourists in 2017.

During June 2019, the U.S. Department of State reduced its Travel Advisory to Level 3, ‘Reconsider Travel,’ status when visiting Haiti.

The U.S. government continues to say ‘it has limited ability to provide emergency services to U.S. citizens in some areas of Haiti.’

If you decide to travel to Haiti, the U.S. State Department says:

From a health perspective, the U.S. Centers for Disease Control and Prevention (CDC) updated its travel guidance when visiting Haiti, on August 2, 2019.

The CDC says to ensure you are up-to-date on several Routine Vaccines before visiting Haiti. This includes a measles vaccination since Haiti was listed in the CDC’s Global Measles Outbreak Notice published on June 10, 2019.

Additionally, the CDC suggests these travel vaccinations: Hepatitis A, Hepatitis B, and Typhoid.

The CDC also included Haiti in the October 3, 2019 Dengue Fever alert. The CDC says dengue is an ongoing risk in many parts of the Caribbean, and travelers to areas of risk should protect themselves by preventing mosquito bites, or with a preventive vaccine, such as Dengvaxia.

Cholera is rare in travelers but can be severe. Certain factors may increase the risk of getting cholera or having severe disease. Avoiding unsafe food and water and washing your hands can also help prevent cholera.

Additionally, the UK’s National Travel Health Network and Centre (NaTHNaC) says there is no risk of yellow fever in this country; however, there is a certificate requirement.

Under International Health Regulations (2005), a yellow fever vaccination certificate is required for travelers over 1 year of age arriving from countries with risk of yellow fever transmission.

And, the Public Health Agency of Canada issued advice for travelers on the Zika virus, saying pregnant women and those considering becoming pregnant should avoid travel to Haiti.

These vaccines, related medications, and pre-trip counseling appointments can be scheduled at local travel pharmacies by contacting Vax-Before-Travel.

CRS is one of the largest aid organizations functioning in Haiti. It promotes educational, health, and farming initiatives. Under a U.S. Department and Agriculture program, CRS has helped nearly 35,000 people to rebuild after Hurricane Matthew.