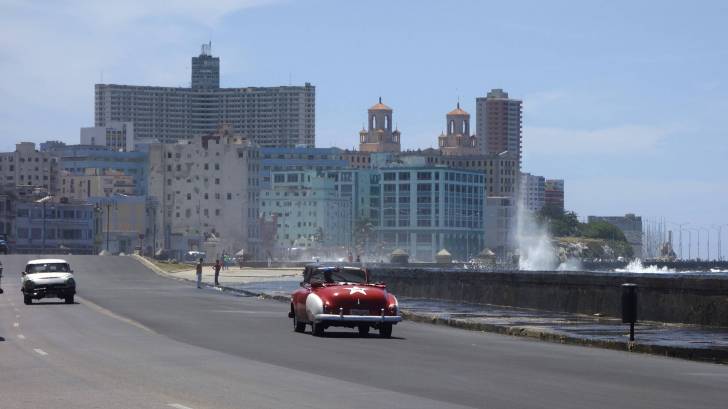 Dengue fever is a very old disease which has been characterized during most of its history by periodic epidemics.

In the past 30 years, there has been a dramatic resurgence of dengue activity in the tropics worldwide.

Which now includes the island of Cuba.

Officials of the Cuban Ministry of Health acknowledged to the media during mid-July 2018, that there is dengue hemorrhagic fever on the island.

The outbreak of dengue fever has been reported in Camagüey province, with at least 3 deaths out of at least seven total cases. Cuban health officials fear that the disease could spread amid high temperatures and crowded conditions.

Gabriel Gutiérrez Águila, head of the department of environmental health in Cienfuegos, confirmed to the press that the presence of type 2 dengue hemorrhagic fever has been identified in municipalities Lajas, Palmira, and Cumanayagua.

Dengue outbreaks on Cuba are caused by Aedes aegypti mosquitoes.

Because Ae. aegypti mosquitoes live near and prefer to feed on people, they are more likely to spread viruses than other types of mosquitoes, says the Centers for Disease Control and Prevention (CDC).

Worldwide, millions of people are infected with mosquito-borne dengue each year, with the most severe cases resulting in Hemorrhagic Fever/Dengue Shock Syndrome.

Cuba deploys 15,000 workers who “visit every house in Cuba” to look for mosquitoes and kill them, said Nilda Roca Menendez, director of health and epidemiology for Havana.

“In Havana, each mosquito-control worker is responsible for 300 households and is expected to visit 20 each day, checking for mosquitoes, larvae, and standing water that could become breeding grounds.”

“If a case of Zika, dengue, or chikungunya virus is diagnosed, every home within 100 meters will be checked more intensely,” Menendez said.

Since the beginning of 2018 through June 24, there have been 5,747 autochthonous cases of dengue reported in Réunion, France.

Separately, a study published during April 2018 reported dengue transmission in Mexico has become a major public health problem. A dengue seroprevalence survey of 1,668 individuals, including all age groups in three urban settings in Yucatan, Mexico, were asked to provide a blood sample.

The overall dengue seroprevalence in this study was found to be 73.6 percent.

In Indonesia, which reports the second highest dengue disease burden in the world, a study conducted during 2015 revealed that more than 80 percent of children aged 10+ years have experienced a dengue infection at least once.

According to both the CDC and WHO, the dengue vaccine Dengvaxia should be exclusively used in people already infected with dengue.

A 2018 study, published in the journal Science, found there are 4 species of dengue virus and an infection with one species does not provide protection from another.

The antibodies from the first infection may cause the second infection to be more serious.

Two other dengue vaccine candidates are in Phase I development:

And, one Phase 3 vaccine candidate:

According to the CDC, if you are planning a trip to Cuba, use the Healthy Travel Packing List and vaccine suggestions to consider for your trip.

Talk to your doctor or pharmacist about which items and vaccines are most important for you.