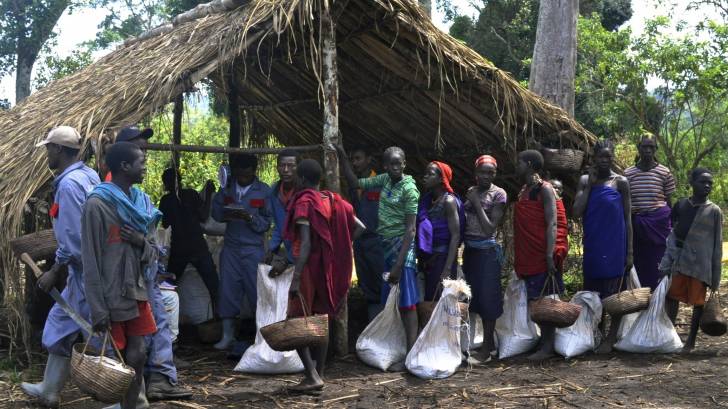 The number of people internally displaced in Ethiopia is the highest it has ever been, concludes a new report.

During 2018, Ethiopia maintained the unenviable record of being the global leader in internally displaced persons driven out of their places of residence due to conflicts, according to the Global Report on Internal Displacement (GRID), published on May 10, 2019.

This data is, unfortunately, the highest number of internal displacements in the world and 4 times as many as Ethiopia reported in 2017.

A total of 10 million Sub-Saharan Africa displacements occurred between January and December 2018, reported the GRID.

Natural disasters also contributed to the number of displacements, such as droughts, floods, and storms.

Minister Kamil is focused on the Oromia region, Ethiopia’s largest and most populous, and contains most of the conflict hotspots, according to the new GRID report.

Displacements were recorded along 3 of the Oromia region’s borders, the Southern Nations, Nationalities and Peoples’ (SNNP) region in the south-west, the Benishangul-Gumuz region in the north-west and the Somali region in the east.

Additionally, Ethiopian urban centers were also affected, including Addis Ababa and Jijiga, the capital of the Somali region.

“The fact that cities have become sanctuaries to more internally displaced people represents a challenge and opportunity for municipal authorities,” said Alexandra Bilak.

Thankfully, Ethiopia has made tremendous achievement in healthcare.

This success is marked by the increased healthy life expectancy at birth to be 64.8 years in 2016 from as low as 45 years in 1990, reports the World Health Organization (WHO).

The improving health status of the country’s population indicates that about 80 percent of diseases are attributable to preventable conditions related to infectious diseases, malnutrition, and personal/environmental hygiene.

Which can be reduced with preventive vaccinations, made available by the WHO and partners.

In all cases, the Ethiopian government has led a robust response with the support of partners. Investing in resilient national systems in the context of humanitarian-development nexus is the way to a sustainable future, says the WHO.

To alert international visitors, the US Department of State, Canada, and the UK governments have issued similar travel alerts.

These alerts consistently suggest visitors to Ethiopia should protect themselves with appropriate vaccinations prior to visiting.