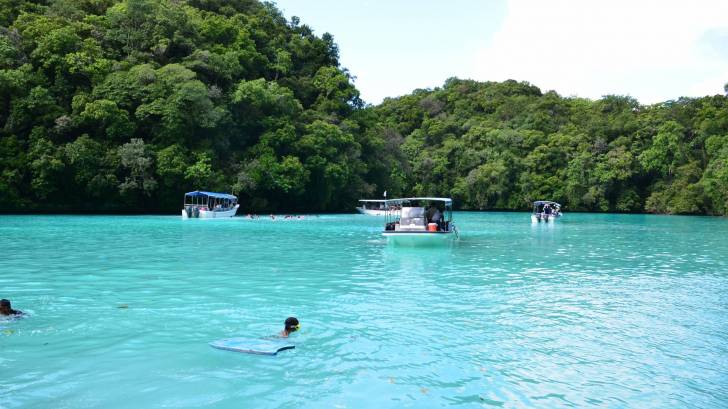 According to a government press release, His Excellency David W. Panuelo, President of the Federated States of Micronesia (FSM), will formally request $500,000 of supplemental funding for the nation to prevent the measles virus from affecting children.

This new funding request is intended to purchase and administer about 12,000 measles vaccines throughout the FSM.

As of December 6, 2019, approximately 73 percent of the FSM’s population has received 1 dose of the Measles, Mumps, and Rubella (MMR) vaccine.

This data can be interpreted as both good news and bad news.

The good news from FSM’s perspective is its vaccination rate is relatively high compared to many other Pacific Islands, such as Samoa, which reportedly had a measles vaccination rate of approximately just 34 percent, as of early November 2019.

Samoa is reporting an extensive, ongoing measles outbreak, which has produced over 70 measles-related fatalities in 2019.

‘The bad news is that a minimum vaccination rate of 95 percent for the country is what medical experts suggest the FSM needs to reach.’

In other words, ‘FSM has [vaccinations] it must do in a short period of time.’

Acting Secretary Samo added, “That’s precisely why we try to increase the coverage as high as we can. And for kids, the most vulnerable group, the total vaccination rate is around 84 percent.”

“It’s the remote, outer, or neighboring islands that we need to reach the most,” Immunization Program Manager Apaisam said. “Though on big islands, the data may be counterintuitive. Pohnpei State Hospital is located in Nett, for example, and Nett has the lowest vaccination rate on Pohnpei proper.”

Acting Secretary Samo and Immunization Program Manager Apaisam explained that, at present, the current FSM stock of MMR vaccine is about 3,000 doses.

Approximately 15,000 doses are required for the FSM to implement a mass vaccination campaign.

“All the vaccines come from the [U.S.] Federal Government through the [Centers for Disease Control and Prevention (CDC)],” said Immunization Program Manager Apaisam.

The CDC was notified by FSM of 2 laboratory-confirmed measles cases on May 15, 2014, after 20 years with no reported measles.

FSM is an independent republic associated with the United States, says the US Department of the Interior.

‘The close ties between the USA and the FSM that go back to the end of World War II are also reflected in the fact that hundreds of FSM citizens serve in all branches of the U.S. Armed Forces and further their education in the USA.’

“We receive 1 million dollars per year through the Immunization for Children program.”

This indicates ‘approximately $500,000 would be the necessary supplemental funding for the Government to successfully implement a Nation-wide vaccination campaign, with emphasis on the remote outer islands,’ said Apaisam.

FSM comprises around 607 islands that cover a longitudinal distance of almost 2,700 km just north of the equator in the Pacific Ocean. They lie northeast of New Guinea, south of Guam and the Marianas, west of Nauru and the Marshall Islands, east of Palau and the Philippines, about 2,900 km north of eastern Australia and some 4,000 km southwest of Hawaii.

The number of arrivals in Micronesia was reported at 29,600 in 2016, according to the World Bank data.

“We agree that we need 12,000 more doses of vaccine, a mass information campaign on the importance of vaccinations, and funding for the operational costs of implementing a vaccination campaign including to our most remote and vulnerable populations,” President Panuelo said.

Acting Secretary Samo and Immunization Program Manager Apaisam ‘agreed and advised that until the supplemental funding is received that the Government will be continuing to implement its regular ongoing vaccination programming.’

To inform visitors to the FSM of their health risks, the CDC suggests several pre-departure vaccinations, such as the MMR vaccine. FSM is included in the CDC’s worldwide measles Travel Alert.

The MMR-II vaccine is a live virus vaccine, containing weakened forms of these viruses.

Measles is a very contagious virus that spreads through the air when an infected person coughs or sneezes. It is so contagious that if one person has it, up to 9 out of 10 people around him or her will also become infected if they are not protected.

An infected person can spread measles to others even before knowing he/she has the disease—from 4 days before developing the measles rash through 4 days afterward.

Additionally, the FSM has been included in the CDC Dengue virus Travel Alert, which was last updated on December 4, 2019.