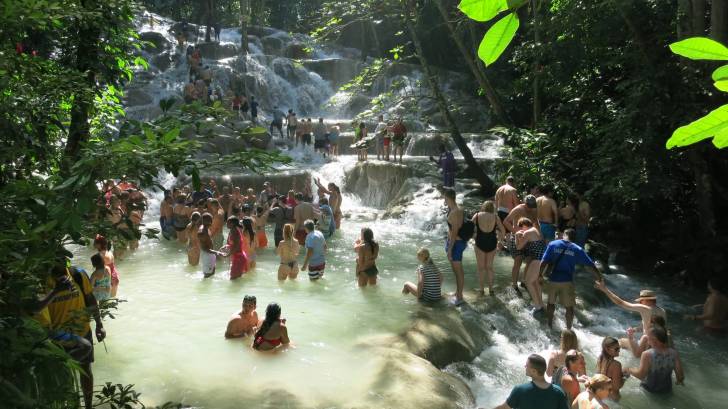 The Canadian Government issued a high-level Travel Advisory for the Caribbean island country of Jamaica related to a ‘significant increase in violent crime.’

On October 10, 2019, Canada’s Travel & Tourism website published a Level 2 ‘Exercise a High-Degree of Caution’ Travel Advisory related to the Jamaican Government’s extension of its ‘States of Emergency’ declarations in certain areas of the island.

During these periods, Jamaican security forces have been given increased rights to conduct searches, seizures, and detain persons of interest. Curfews may also be imposed without notice.

Additionally, the Canadian Advisory says, ‘While visiting Jamaica, the coastal roads are in fair condition, but driving inland is dangerous due to narrow, winding and badly maintained roads. And when driving between Norman Manley International Airport and Kingston, take the South Camp Road (also known as the hummingbird route) rather than Mountain View Avenue, where several robbery incidents have been reported.’

Furthermore, public transportation is not safe due to high levels of crime and overcrowding.

The States of Emergency are as follows:

Separately, the UK Foreign Travel Advice updated its Advisory on October 21, 2019, saying ‘As part of these security enhancement measures, the Government of Jamaica has put in place a number of Zones of Special Operations (ZOSOs), which are currently active in:

Furthermore, the updated UK advisory says ‘Both the State of Emergency and ZOSO measures enable the Jamaican military to support the police in joint security operations in response to recent violence.'

Previously, the US Department of State issued a Level 2 Travel Advisory for Jamaica during April 2019. Within this Advisory, the State Department said ‘Do Not Travel’ to certain areas in Kingston, Montego Bay, and Spanish Town due to crime.

If Americans do visit Jamaica, the State Departments suggests the following safety measures:

The US Department of State is at the forefront to advance U.S. interests by engaging with the Caribbean on security, diplomacy, prosperity, energy, education, and health.  The U.S. Department of State delivered to Congress its U.S.-Caribbean 2020 report on July 23, 2019.

From a health perspective, UK health authorities have classified Jamaica as having a risk of Zika virus transmission. Pregnant women should consider avoiding travel to this country until after the pregnancy. In the event that travel is unavoidable, the pregnant traveler must be informed of the risks which ZIKV presents.

On September 13, 2019, the Centers for Disease Control and Prevention (CDC) issued new recommendations for Americans planning to visit Jamaica. The CDC says travelers should ensure they are up-to-date on Routine Vaccinations, which include the MMR vaccine, diphtheria-tetanus-pertussis vaccine, varicella vaccine, polio vaccine, and yearly flu shot.

Previously, during February 2019, a Dengue Fever Virus outbreak was declared in the Saint Catherine parish in Jamaica.

Travel vaccinations and related medications can be found at most travel pharmacies in the USA.