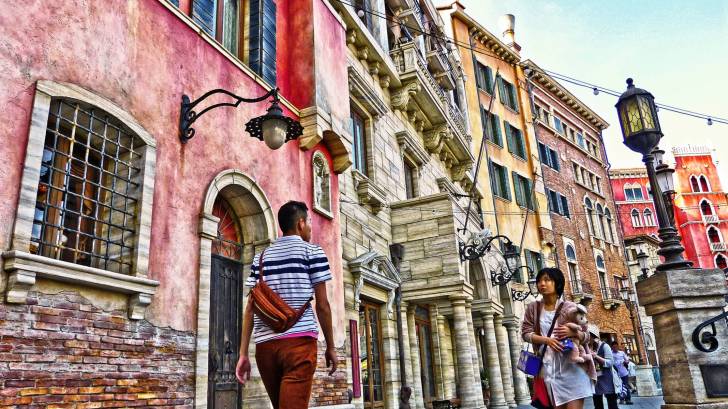 Japan has removed its nationwide state of emergency related to the coronavirus pandemic and is now open to international visitors.

Japan’s prime minister Shinzo Abe announced on May 25, 2020, that officials have loosened the SARS-CoV-2 coronavirus restrictions in the last 5 prefectures, including the capital city of Tokyo.

Japan implemented its state of emergency in Tokyo and nearby prefectures in mid-April and expanded the order less than 2-weeks later to include the entire country.

"We've set some of the most strict criteria in the world to lift the declaration," PM Abe told a news conference, according to Japanese broadcaster NHK.

"And we concluded that prefectures across the country have met that standard."

PM Abe attributed this positive development to what he touted as the "Japanese model," which included the nationwide state of emergency declaration and rigorous standards for social distancing.

He added that the decision to lift the remaining state of emergency orders does not change the recommendation from government health officials to avoid crowded spaces and close contact with others.

As an example of Japan’s change of status, Universal Studios Japan in Osaka has reopened on a limited basis, having been closed since late February due to the coronavirus outbreak.

The theme park opened its doors to only residents of Osaka Prefecture who hold annual passes, reported the NHK World on June 8, 2020.

Another positive example of Japan’s reopening is the U.S. military base in Yamaguchi Prefecture removed its request for Japanese employees to refrain from sending their children to local schools.

“Our local area has had zero new cases for some time, which has allowed us, as a base, the opportunity to re-evaluate our COVID prevention measures,” read an update posted on U.S. Marine Corps Air Station Iwakuni’s official Facebook page, by Col. Lance Lewis, commanding officer of the base.

One disadvantage of Japan’s success is a COVID-19 therapeutic study has been delayed.

Fujifilm Holdings Corp. announced it will continue clinical tests of its anti-flu drug Avigan, a candidate treatment for the novel coronavirus, beyond the initially scheduled end in June 2020, due to a lack of sufficient data.

Fujifilm commented this delay is related to the recent decrease in the number of confirmed coronavirus infections made it difficult to reach the enrollment target of 96 patients.

However, the US Centers for Disease Control and Prevention (CDC) issued a Level 3, Avoid Nonessential Travel Alert on June 5, 2020, which included the country of Japan.

The CDC recommends that travelers avoid all nonessential international travel during this pandemic.

And, all international travelers should stay home for 14 days after returning from travel, monitor their health, and practice social distancing.