August 22, 2019
North American Orthodox Jewish leaders confirmed the need for everyone to be vaccinated according to CDC guidelines 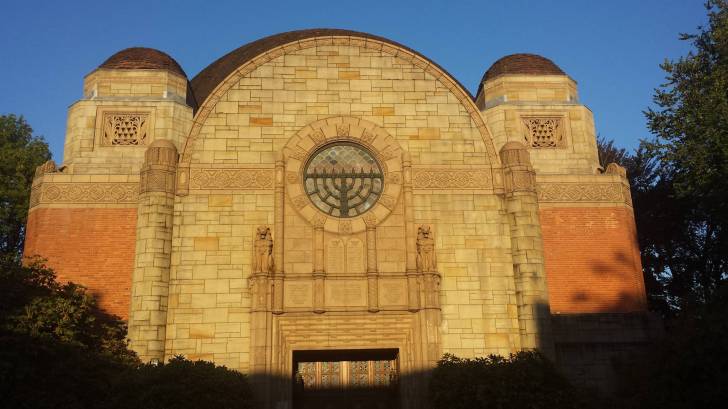 About 350 children in the Tosh Hasidic community north of Montreal, Canada, have been vaccinated against measles, reported CJ News on August 22, 2019.

This measles vaccination program was related to 5 cases of the infectious disease confirmed in Boisbriand, Quebec, during the summer of 2019.

Dr. Eric Goyer, director of public health for the Laurentians region, told CJ News 'these were the 1st cases of measles in the region since 2011.'

Isaac Weiss, who is one of the people responsible for the public safety in this Hasidic community of Kiryas Tosh, said 'the immunization was offered to those whose medical records showed they were unvaccinated or not up to date, but was voluntary.'

Before the measles vaccination clinics were held, Weiss said “90 to 95 percent” of Tosh's 500 families had their children vaccinated, and 'community leaders are urging all of its members to do so.'

But, no one knows for sure how the measles infection spread.

Weiss said 'it is thought that a young man from the community who went to Brooklyn, New York, may have contracted the virus and brought it back to Boisbriand. It appears that he had been vaccinated, but his shots were not up to date.'

The state of New York has reported about 75 percent of all measles cases in the USA during 2019, reported the Centers for Disease Control and Prevention (CDC).

The measles outbreaks in New York may be related to thousands of Breslov Hasidic Jews visiting the Ukrainian city of Uman in 2018, reported the New York Times. Ukraine continues to be the unfortunate leader in Europe reporting measles cases during 2019.

The Boisbriand, Quebec community’s leaders are informing members about the necessity of vaccinations and trying to dispel any fear about the risk of negative side effects.

'Unvaccinated children will not be permitted to attend the community’s schools until the outbreak is deemed contained,' Weiss told CJ News.

Rabbi Yonasan Binyomin Weiss, who serves as the chief rabbi of Montreal and heads the medical ethics committee of the Jewish Community Council, stated that, 'From a religious perspective, and also from an ethical and moral perspective, our message is very clear: families are required to follow the directions of the health authorities.'

In April 2019, many Montreal doctors were among over 500 medical professionals serving Orthodox Jewish communities throughout North America who signed a public letter confirming the need for everyone to be vaccinated according to CDC guidelines.'

Find a CANADIAN TRAVEL CLINIC near you.

The CDC says measles can be prevented with 2-doses of the MMR-II vaccine. And, children between 1 and 12 years of age have the option of getting the Proquad vaccine, which protects against measles, mumps, rubella, and varicella.

And, certain individuals are considered protected or immune to measles if they were born before 1957.

But, since certain groups of people should not get measles-containing vaccines, the CDC says ‘international travelers should speak with a healthcare provider or consider making alternative travel plans.’

Measles is a highly contagious respiratory disease caused by a virus that is spread by direct contact with nasal or throat secretions of infected people. People are considered infectious both before and after measles symptoms appear, says the CDC

People infected with the measles virus first develop a fever then may have a cough, runny nose, and watery eyes, followed by the appearance of a rash.

From a worldwide perspective, measles is now common in some countries in Europe, Asia, and Africa. In response to these ongoing measles outbreaks, the CDC issued a global Travel Alert on June 10, 2019.

This CDC alert focuses on unvaccinated international travelers who return 'home' with a measles infection.

This CDC travel alert says ‘before you travel internationally, regardless of where you are going, make sure you are protected fully against measles. If you are not sure, see your healthcare provider at least 1-month before your scheduled departure.’

As a general notice, the CDC says ‘any vaccine can cause a side effect, which should be reported to a healthcare provider, or to the CDC.’