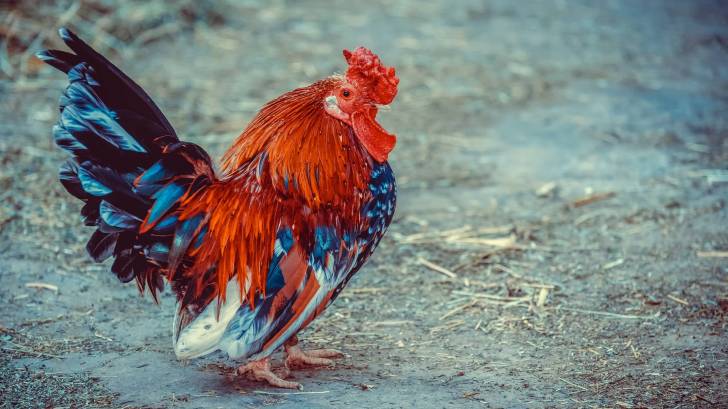 H9N2 avian influenza viruses have become widespread in poultry over the last two decades and represent a genuine threat both to the global poultry industry, but also to humans, through their high rates of zoonotic infection and pandemic potential.

During the May 25, 2020 update on Taiwan's coronavirus cases, Spokesman Chuang Jen-hsiang said the CECC Level 2 Alert requires arriving travelers to observe 14 days of self-health management and minimize the potential risks of H9N2 infections.

In addition, a Level 1 Watch has also been issued for all remaining areas of China.

According to CECC data, there have been 46 H9N2 human cases reported worldwide since 2013, primarily from China.

And, since October 2019, there have been 7 cases of H9N2 influenza reported in mainland China.

‘Whenever avian influenza viruses are circulating in poultry, there is a risk for sporadic infection and small clusters of human cases due to exposure to infected poultry or contaminated environments,’ commented the World Health Organization on May 22, 2020.

Influenza A viruses are members of the Orthomyxoviridae family and are commonly characterized by their combinations of surface proteins, haemagglutinin (HA) and neuraminidase (NA), giving rise to a multitude of different subtypes designated, for example, H9N2.

Avian influenza was initially reported in 1878 in Italy to describe the disease resulted in massive poultry death, which was then termed as “Fowl plague” to distinguish from fowl cholera in 1880.

H9N2 viruses were first isolated from turkeys in the US state of Wisconsin in 1966.

In the following decades, the virus was occasionally isolated during sporadic outbreaks in poultry in the Northern USA, and from wild birds and domestic ducks throughout Eurasia.

In the early 1990s, the virus was first isolated from chickens in China. The H9N2 subtype avian influenza outbreak is firstly reported in Guangdong province in 1992.

Since then, this Chinese progenitor has become endemic in farmed poultry across much of Asia, the Middle East, and North and West Africa.

H9N2 viruses are a subtype that is endemic in poultry in many areas of Eurasia and Africa.

Within the WHO’s Risk assessment summary issued on May 8, 2020, the WHO confirmed the ‘overall public health risk from currently known influenza viruses at the human-animal interface has not changed, and the likelihood of sustained human-to-human transmission of these viruses remains low.’