+ 1
May 17, 2019
Smallpox vaccine ACAM2000 reported 85% effective in preventing Monkeypox when given before exposure 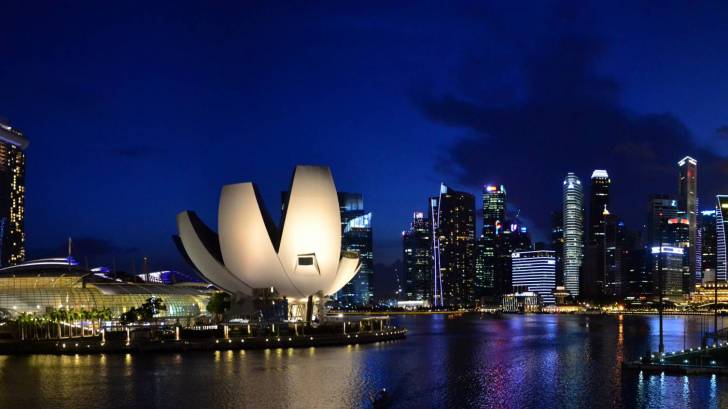 The Singapore Ministry of Health (MOH) reported the 1st laboratory-confirmed case of monkeypox, on May 9, 2019.

Additionally, the Singapore MOH released a press statement on May 9th, offering advice for the public, and communicated which measures are being taken to minimize the risk of any potential onward transmission of the monkeypox virus.

Human-to-human transmission, while possible, is limited. A person is infectious only during the period when he has monkeypox symptoms, particularly a skin rash.

There have been reported mortality rates up to 10 percent during outbreaks, with most deaths occurring in younger age groups.

This patient is a 38-year-old Nigerian man who arrived in Singapore from Nigeria on April 28, 2019, and attended a workshop from 29-30 April, reported the World Health Organization (WHO).

He reported that he had remained in his hotel room most of the time between May 1 and 7th. Skin lesion samples were taken on May 8th and tested positive for the monkeypox virus by the National Public Health Laboratory on the same day. He is currently in a stable condition.

Based on investigations thus far, authorities in Singapore have traced and contacted a total of 23 close contacts, including 18 participants and trainers who attended the same workshop, 1 staff at the workshop venue, and 4 hotel staff who had close contact with the affected individual.

Close contacts of the affected individual were referred to NCID for further assessment and offered post-exposure prophylaxis with smallpox vaccination, which can prevent disease or reduce the severity of symptoms.

As of May 15th, 14 persons were vaccinated, said the WHO.

As a precautionary measure, close contacts have been quarantined either at home or at a designated government quarantine facility and monitored for 21 days from their date of exposure to the confirmed case. If anyone develops symptoms, they will be treated at NCID.

All other contacts, who have a low risk of being infected, have been placed under active surveillance and will be contacted twice daily to monitor their health status.

Professor Leo Yee Sin, Executive Director of NCID, said, “The risk of community spread of monkeypox within Singapore is low.”

Unfortunately, 1 of the 18 workshop participants had left Singapore for Nigeria before the patient was diagnosed. Potential sources of exposure and possible epidemiological links within Nigeria are currently being investigated, said the WHO.

To notify Americans planning to visit Nigeria, which is located on the western coast of central Africa, the US Centers for Disease Control and Prevention (CDC) issued a Level 2 Travel Alert regarding monkeypox, in October 2018.

Additionally, in October 2018, there were 3 Monkeypox cases reported in the United Kingdom and 1 case in Israel.

Public Health England said in a Bavarian Nordic press release that the IMVANEX smallpox vaccine will be used to vaccinate healthcare workers treating English patients and those involved in the current monkeypox cases.

In 2003, the USA experienced an outbreak of 37 confirmed monkeypox cases in 6 states—Illinois, Indiana, Kansas, Missouri, Ohio, and Wisconsin.

This was the first time human monkeypox was reported outside of Africa.

During the 2003 monkeypox outbreak, the CDC, along with the Advisory Committee for Immunization Practices, advised certain types of people to get the smallpox vaccine.

Research suggests that the current smallpox vaccine, ACAM2000, is 85 percent effective in preventing Monkeypox when given before exposure to monkeypox.

The vaccine is made from a virus called vaccinia, which is a "pox"-type virus related to smallpox but causes milder disease. ACAM2000 cannot cause smallpox.

But, there are known side effects related to the ACAM2000 vaccine.

Monkeypox is a sylvatic zoonosis with incidental human infections that occur sporadically in parts of Central and West Africa. It is caused by the monkeypox virus (MPXV) and belongs to the Orthopoxvirus family.

The disease is self-limiting, with symptoms usually resolving spontaneously within 14-21 days.

There is currently no treatment or vaccine specifically for monkeypox.

The animal reservoir remains unknown, although it is likely to include rodents. Direct contact with affected live or dead animals through hunting and consumption of bush-meat are presumed drivers of human infection.

Residents and travelers to endemic areas/countries should avoid contact with sick, dead or live animals that could harbor MPXV (rodents, marsupials, and primates) and should refrain from eating or handling bush-meat.

Any illness during travel or upon return should be reported to a health professional, including information about all recent travel and immunization history. Timely contact tracing, surveillance measures and raising awareness of imported emerging diseases among health care providers are essential to prevent secondary cases and effectively manage monkeypox cases and outbreaks.

The WHO does not recommend any restriction for travel to, or trade with, Singapore or Nigeria based on available information at this time.

At this time, the ACAM2000 vaccine has been stockpiled by the USA federal government for emergencies and is strictly controlled for biodefense purposes.

The ACAM200 smallpox vaccine is not commercially available in the USA, according to the CDC.